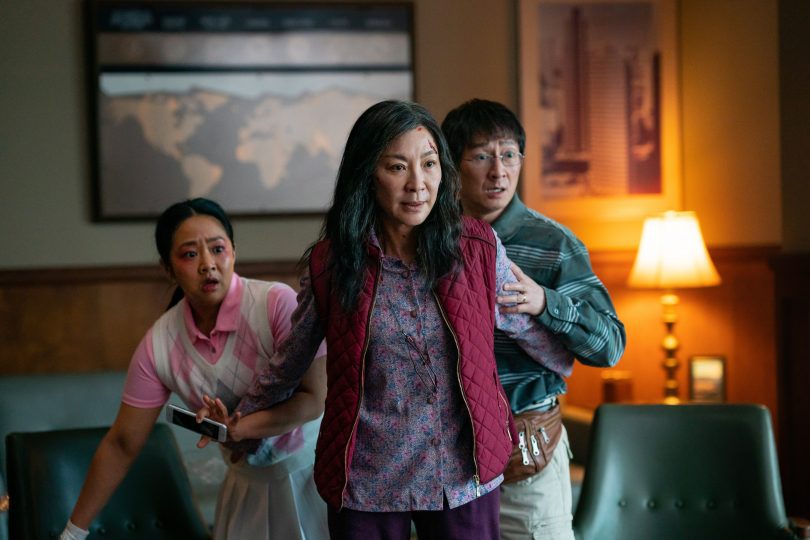 2022 continued the upward trend of people returning to theaters and look no further for proof than the box office receipts. This year saw three films break the $1 billion barrier as opposed to just one in 2021. And with Avatar: The Way of Water still making waves at the box office currently, it’s not out of the question to expect it to become the highest grossing film of all time. But we’re not talking about the highest grossing films here. No, here are my personal picks for the Top 10 films of 2022. 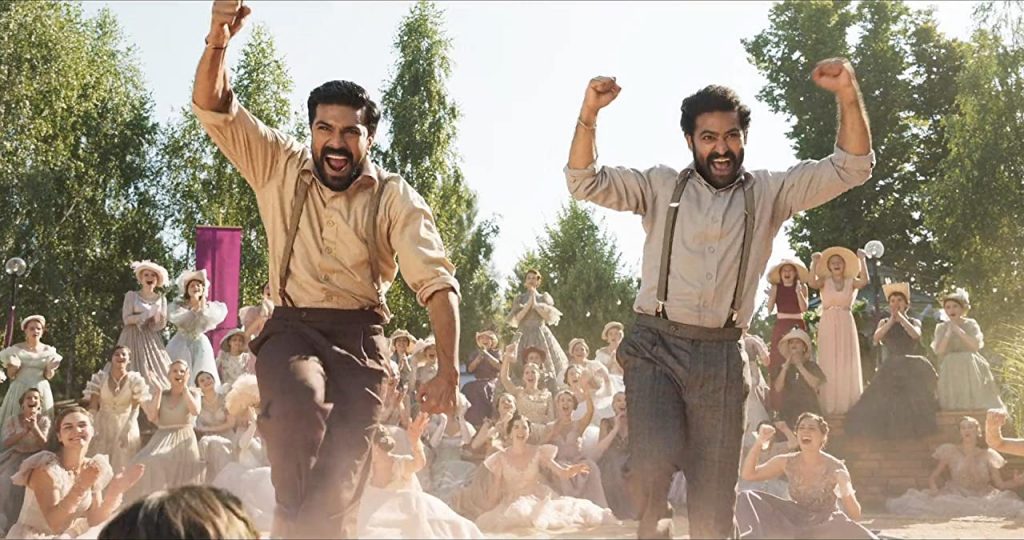 10. RRR
Kicking off my list is the absolutely incredible and bombastic RRR. Written and directed by S. S. Rajamouli, the Indian Telugu action drama revolves around two Indian revolutionaries who form an unlikely friendship despite their differences. From its opening scene, RRR captivates you with its outrageous and over-the-top action paired with a genuine and heartfelt bromance for the ages. Honestly, all you need to do is watch the “Naatu Naatu” song and dance sequence and you’ll be instantly hooked. If not, you might want to check your heartbeat because there is something seriously wrong with you. RRR is over three hours of pure adrenaline, and the film maximizes every second of it. 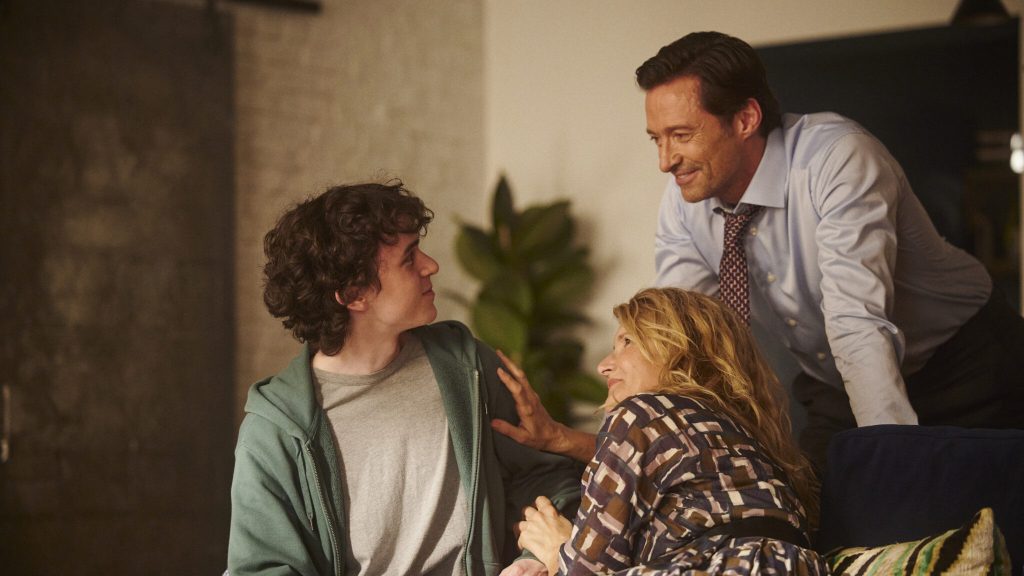 9. The Son
Trigger Warning: The Son is arguably the most trauma-inducing film on this list as it directly deals with depression, anxiety, divorce, and self-worth. The film acts as a prequel to 2020’s The Father, which landed Anthony Hopkins an Oscar for his performance as a man struggling with dementia. The Son refers to both Hugh Jackman’s character, who plays the son of Anthony Hopkins, and his own 17-year-old son played by Zen McGrath. In the same way The Father was brutally realistic in its depiction of dementia, The Son shows a shockingly honest and accurate portrayal of depression as McGrath struggles to find himself after moving in with his father and his new family. For anyone who has struggled with depression, they will no doubt see a familiar scene. The Son hit me at my core with how the film bares its soul in such an intimate fashion without judging. There’s no hero, there’s no villain; there’s just life and all its messiness. It’s a difficult film to watch but it absolutely worth it, both for its performances and subject matter. 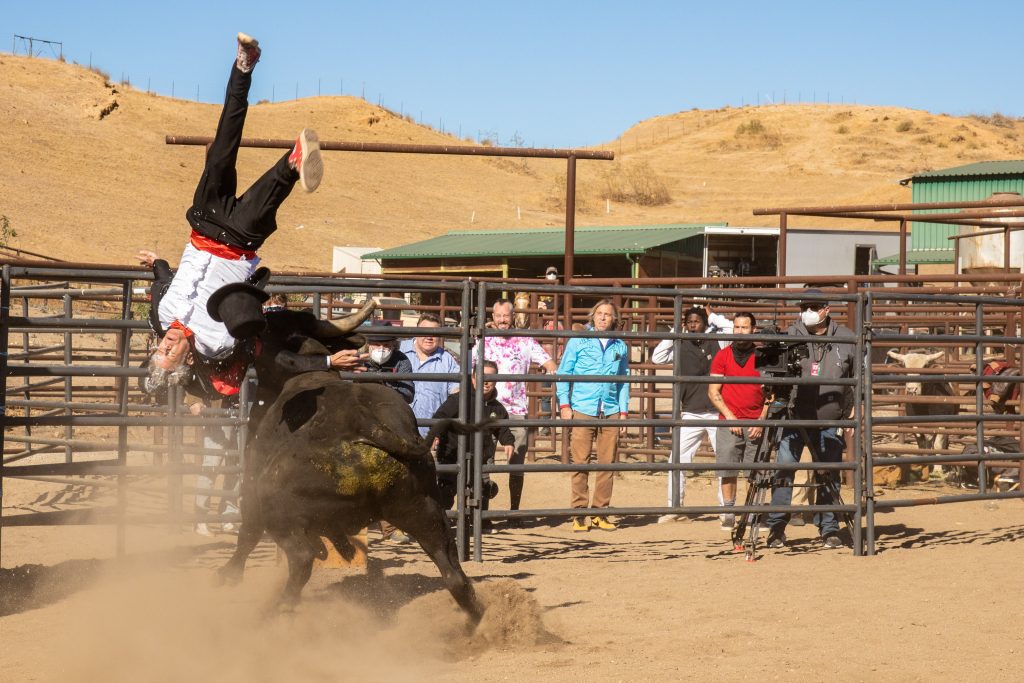 8. Jackass Forever
Whenever we get to awards season at the end of the year, the majority of the films being considered are usually dramas that deal with heavy themes. Jackass Forever is not one of those films. Sometimes you just want to be a giggly, immature grade schooler who laughs at dick jokes. I grew up in the era when Jackass first aired on MTV, and its always been like returning to an old friend. Speaking of old, the original Jackass crew are now getting to the point of not being able to physically do the insane stunts and pain they have put each other through throughout the years. How they’ve managed to make it this far in (mostly) one piece is a miracle in itself. Jackass Forever welcomes a new, younger generation of pain-seekers to the team. It may be the final farewell, but Jackass will always have a place in my heart. As immature as it may be, it will never not make me laugh. 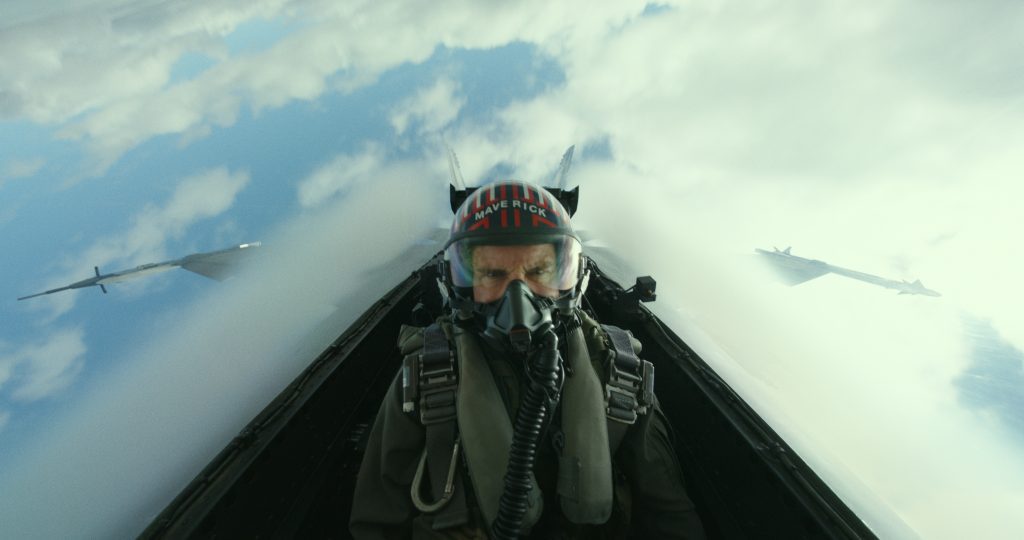 7. Top Gun: Maverick
If there was one movie to see in a theaters in 2022, it was Top Gun: Maverick. The film puts audiences directly in the pilot’s seat and delivers outstanding aerial combat unlike anything else. In a time where CGI and visual effects are ruining the immersion, Tom Cruise makes it feel like you’re in the air with him pulling all those g-forces with every hairpin turn and roll. Maverick is the definition of a Hollywood blockbuster and everything you want out of a sequel. It’s a film that could have easily been an unnecessary cash grab, and yet every moment is handled with the utmost care from the impact of Goose’s death to Val Kilmer’s cameo. Top Gun: Maverick soars above most other films. 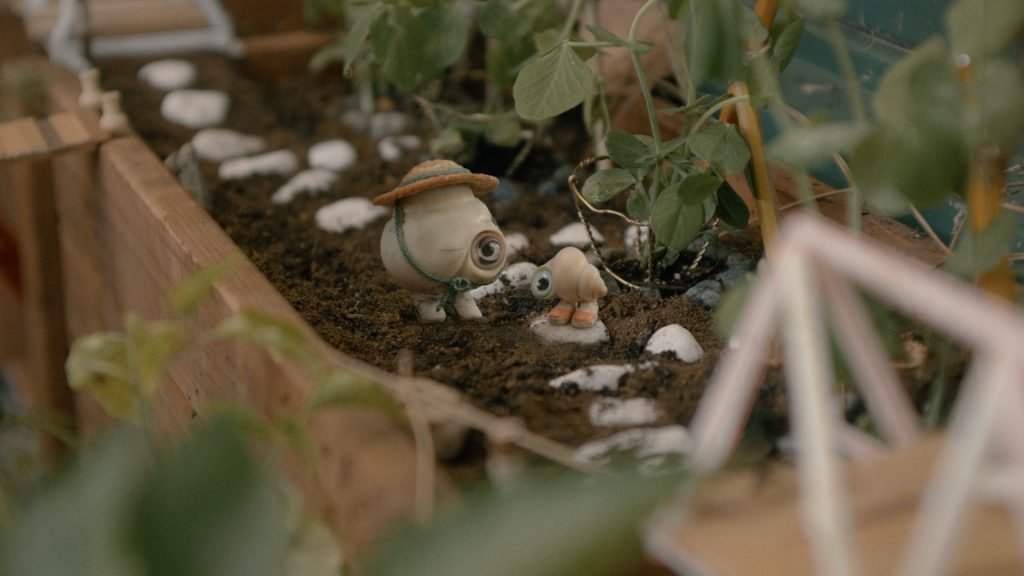 5. Tár
Cate Blanchett conducts one of the best performances of the year in Tár. Like a pitch-perfect symphony, every note falls into place as the film builds and falls with each scene. What unfolds is a timely and carefully crafted character study surrounding cancel culture and its repercussions. Tár effortlessly draws you into its world and characters. Not only is it music to your ears but to your eyes as well. From script to screen, Tár excels in every fashion. 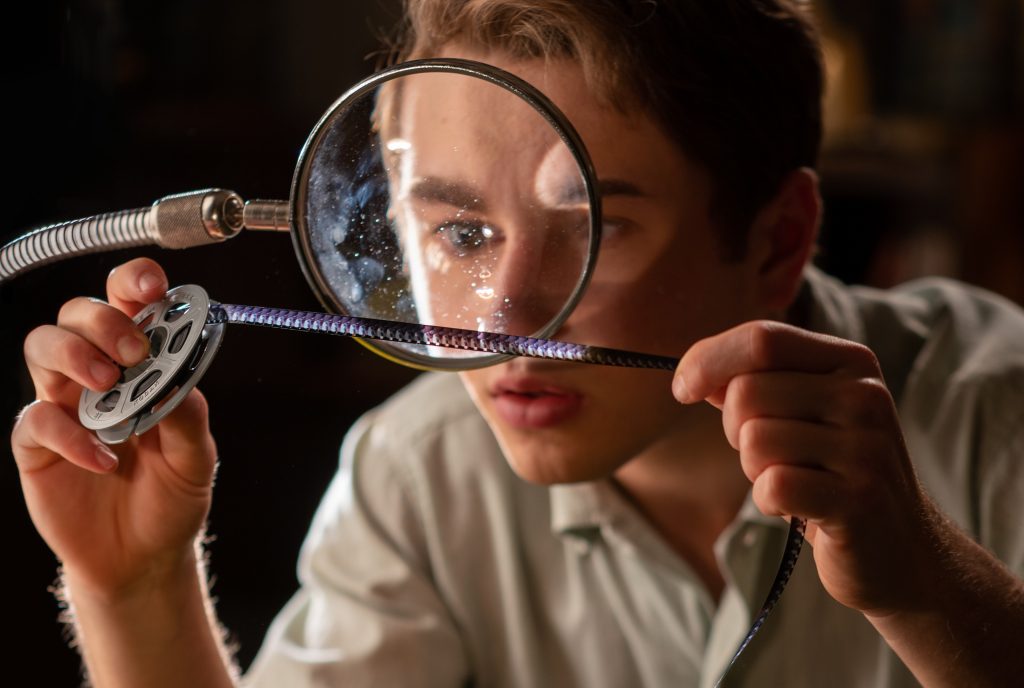 4. The Fabelmans
Who better to direct a film about the childhood of Steven Spielberg than Steven Spielberg himself. The man who have delighted moviegoers for decades with the likes of  Jaws, Jurassic Park, Indiana Jones, Saving Private Ryan, and countless others adds another to his ever growing repertoire. The Fabelmans is his love letter to the industry and captures that magic and amazement we all have when a film transports you to another world. It’s fascinating to watch a childhood version of himself learn and fall in love with the filmmaking process while also seeing his family life unravel before his eyes. I’m sure there are some liberties taken with the story, but no one can deny the love that was put into this one. Never doubt the power of Spielberg. 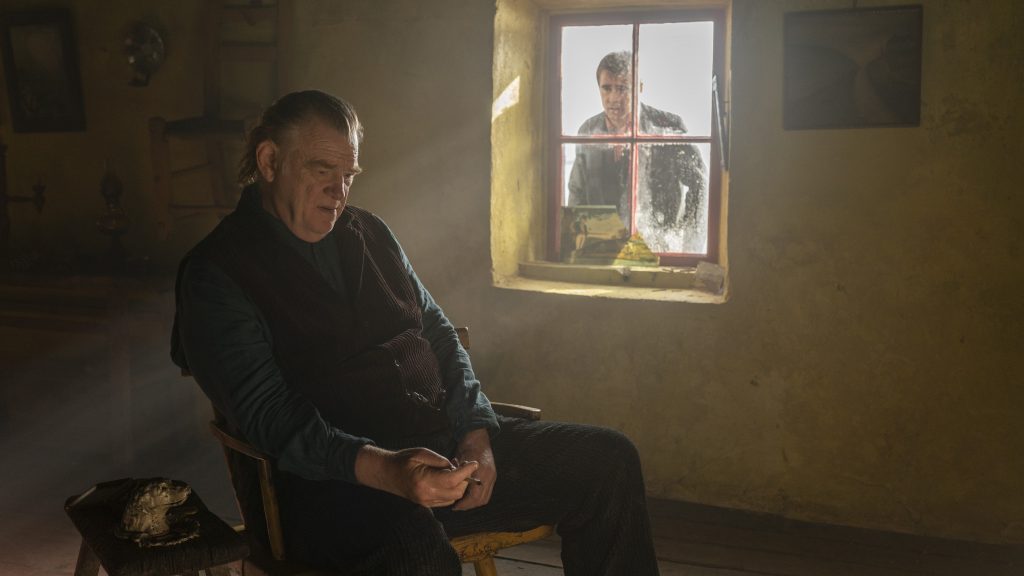 3. The Banshees of Inisherin
A good dark comedy can be difficult to deliver but when done correctly it can be a wonderful thing. Case in point; The Banshees of Inisherin. In Bruges is one of my favorite films so I couldn’t help but be giddy with excitement over the reunion of Martin McDonagh directing Colin Farrell and Brendan Gleeson as two friends who have a falling out for no apparent reason. It’s brutal and bleak but also downright hilarious. Both Farrell and Gleeson deliver commanding performances while McDonagh also captures the beauty and grace of the Irish countryside. Sometimes friendships just fizzle out with no real explanation. In an attempt to make sense of it all, Banshees is both hilarious and poignant in its realization that life doesn’t always offer clean conclusions.

2. The Menu
For me, The Menu was the biggest surprise of 2022. I was intrigued by its delicious premise and ensemble cast including Ralph Fiennes, Anya Taylor-Joy, and Nicholas Hoult, but I was not expecting how much I would fall in love with this film. It serves up a biting critique of the foodie and influencer industry and, like a Michelin Star restaurant, is elegant in its beautiful yet meticulous presentation. It’s not scary in the traditional sense but presented more like a scathing review of what society has become in some ways. Every detail of the film is finely tuned to perfection, and I loved the film more and more with each passing minute. The Menu is a love/hate letter to food. It’s the film I want to watch over and over again, with each new viewing opening up my palate to new and wonderous tastes. 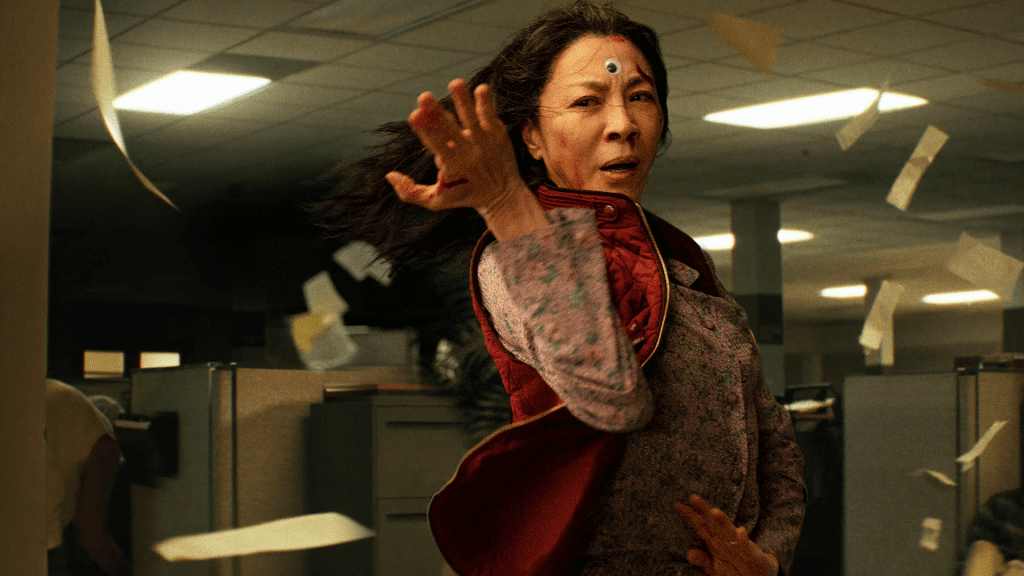