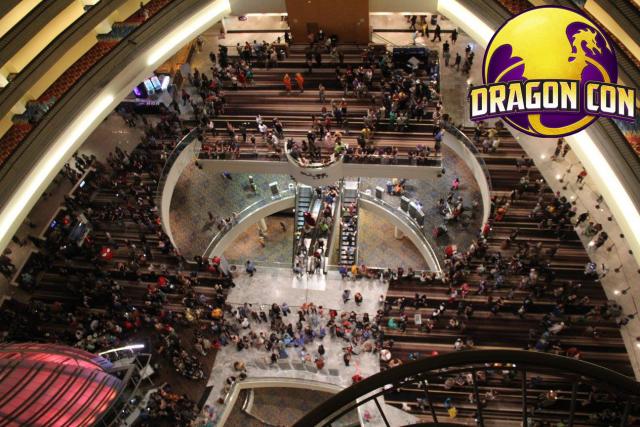 Written by Lee Roberts
In the world of television shows, most shows come and go without ever becoming much of anything. There are shows that last 3 episodes or even 3 seasons that go relatively unnoticed and are forgotten about pretty quickly. Some shows have new actors while some have already famous actors and yet, still nothing. However, there are some shows that might seem to be struggling at the time but are really becoming something no one ever thought they would become. One day a show will go from being this show that sounds familiar to being a cult classic that has so many people asking, what happened to it and why did it ever get canceled.
Warehouse 13 is one of those shows. It was quirky, the actors has such great chemistry together, and you could tell when watching that they were having a lot of fun working on the show. I don't care how great of an actor you are, and in fact I think it hurts you more the better you are, that when you, “phone it in”, people know. Maybe if it was the first time seeing the actor, then I will say that a great actor might be able to fool that person into thinking they are having fun when they working on that project, but if you know that actor and have seen them in many things, then you know when they are giving their best and when they are just there for the check. With Warehouse 13, I never saw that moment with the cast where it seemed like they where there for the check and nothing else.
That is why I was very pleased to be able to ask Eddie McClintock, aka Pete Lattimer, a couple of questions while I was at Dragon Con. Now before I get to those two questions, I want to talk about what kind of guy he is, not as an actor, but just as a guy who was at the convention because people like to see him. It's the impression that I got while sitting there listening to him talk to the other reporters and to me, and I walked away liking the man even more as a person then I do as an actor.
When I went into the interview, I wanted to ask him something different, something that wasn't just all about Warehouse 13. I was sure that he had been asked everything that could be asked about the show 20 times over and he would be happy to have something different to talk about. I thought and thought about what I could ask him, I even asked other fans of the show that are my friends, what would you ask Eddie McClintock if you had the chance but it's not about Warehouse 13? I thought I was ready with some good questions when I went in but I quickly found out that I went in the wrong direction. I should have asked about Warehouse 13.
I thought asking a question that didn't pertain to Warehouse 13 would be refreshing for Eddie McClintock but after I asked my first question, I found out that the man really loves the show and loves to talk about it. Now don't take that as in he was being egotistical by wanting to brag about how he was on a show, nope, nowhere near it. He talked about the show like he was one of the fanboys/fangirls and not as one of the actors. 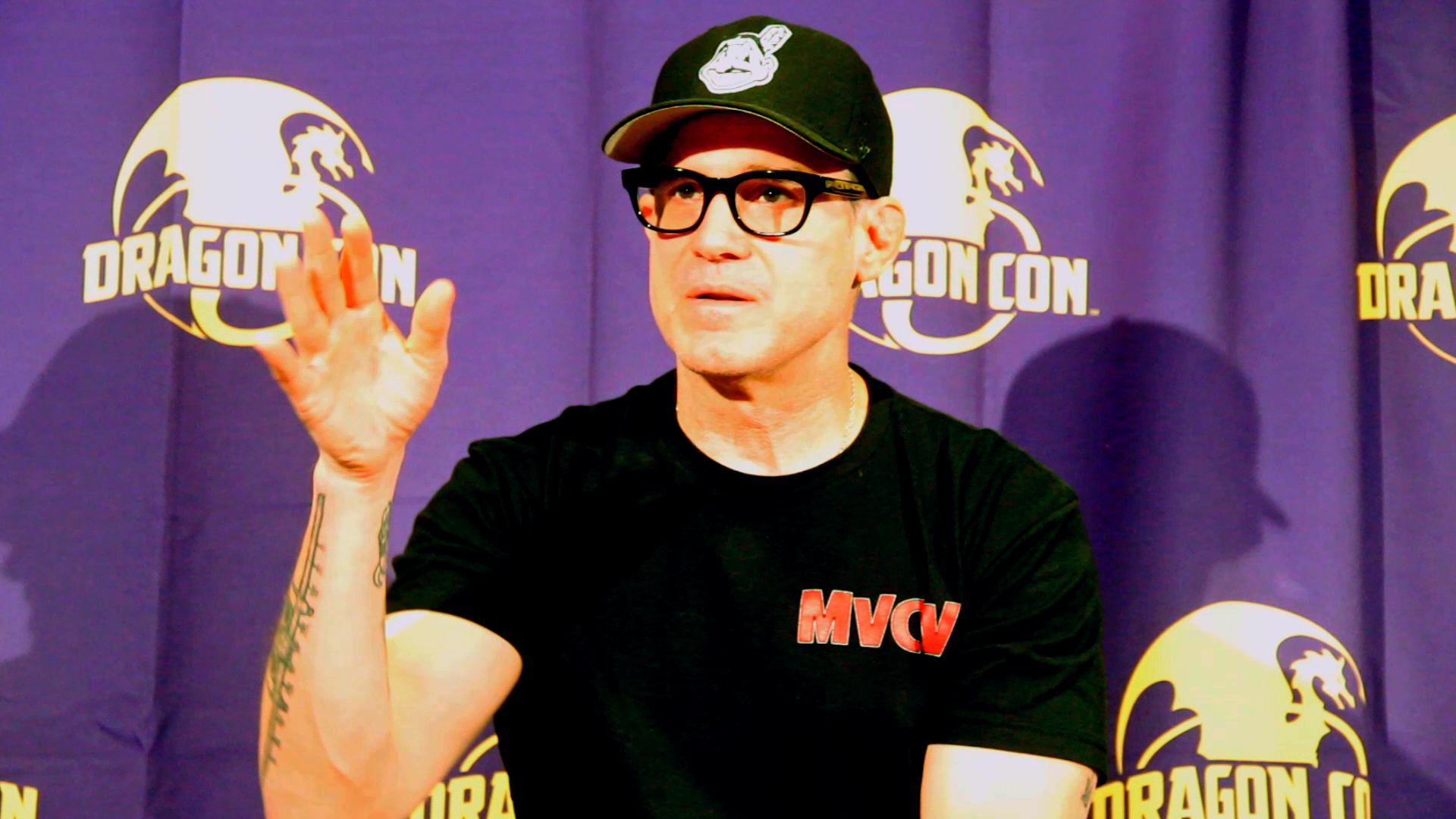 It was amazing to discover that he liked the show just as much as the fans that watch it do. After all the years I've gone to conventions where I've talked to the guests as a fanboy, as a reporter, and when I've went as a photographer just standing there in the background watching, I've learned when the actors are just putting on a fun face to when they are geeking out, and let me tell you, Eddie McClintock is one that would geek out. His love for the show not only comes out in his knowledge of the episodes, but his tattoos as well. Yes, he has represented the show with getting ink to show his love of it. Though, since I'm talking about his character as a person, not the actor, I found his tattoo of the airplane and the story behind it more interesting than the Warehouse 13 ink. It's a personal story and I will leave it to you as a fan to ask him about it, he wasn't shy or keeping it a secret about it, but it's a personal story so he should be the one to tell it because from me it won't have the same impact as when he tells it. Plus, it will give you something to talk to him about.
There were many moments that Eddie McClintock was geeking out about the show, which is why I say that after I asked my first question, I realized I went the wrong direction with my line of questions. I should have asked about the show because he was willing and very excited to answer what was being asked. Still, he was very nice about answering my questions that were more of a personal style questions and I still hope that maybe it was a little refreshing for him to get these questions.
WHAT DO YOU THINK MAKES DRAGON CON STAND OUT FROM THE REST OF THE CONVENTIONS? “I knew it was special the first time I came, you know, I was just so overwhelmed by the amount of people that where here and the environment, just the energy here. What sets this apart from, say, San Diego Comic Con is, you know, this is fan centric, and San Diego Comic Con is for the corporations, and this is for the fans, and it shows. To be invited back again, again, again, and again, now that the show has been canceled, you know, it's lonely out there in L.A., acting can be a very lonely business when you are not participating and there are times when you are an actor and not working, and to be invited back here and to see all the people that have given me a career and supported me, you know, it's like seeing family. It gives me a boost and it helps me to keep going. It's been a huge blessing in my life. 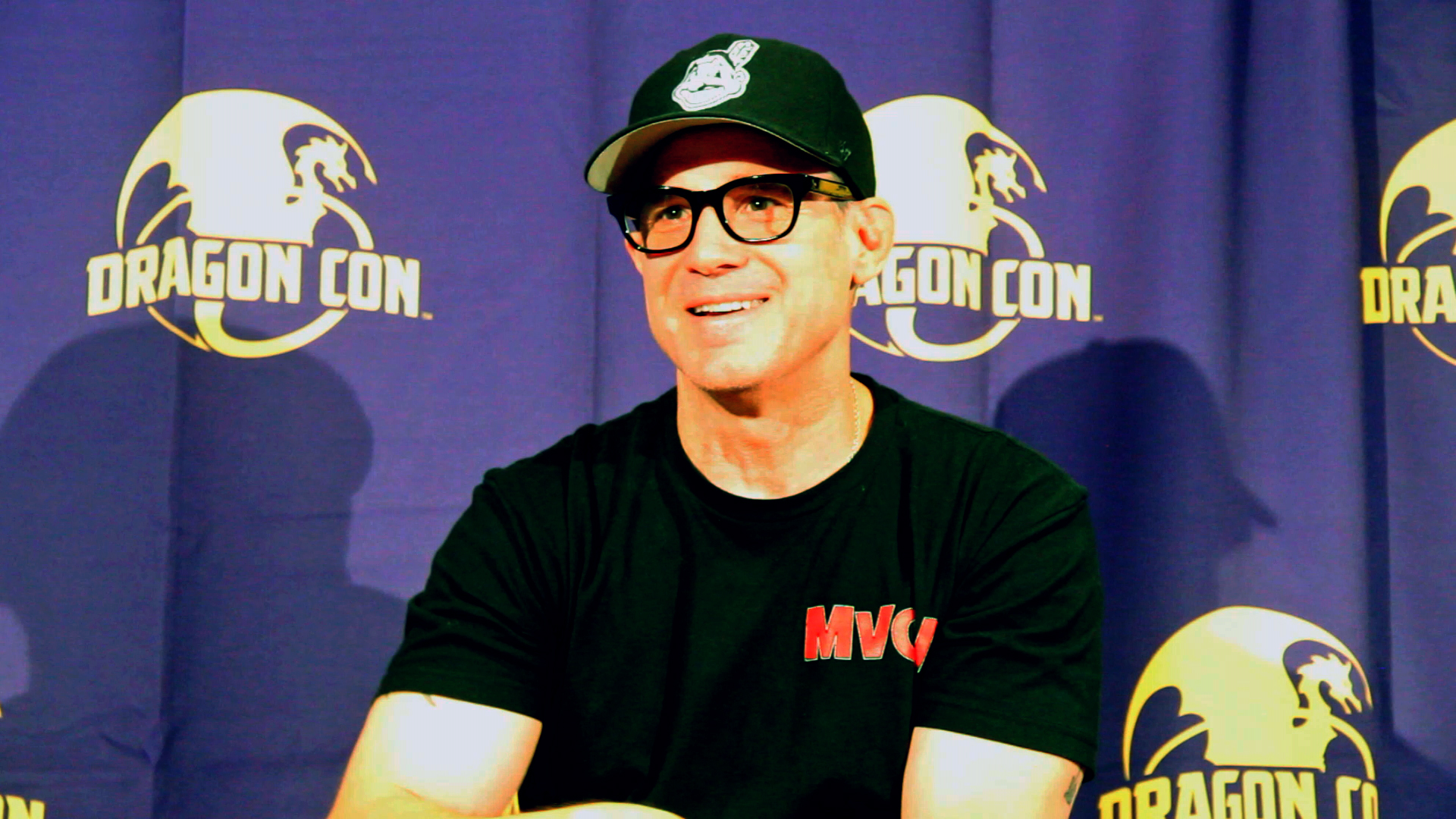 WHAT INSPIRES YOU FOR YOUR T-SHIRTS? “I was an art major in college.” “My art kind of fell away. I got a degree in business communications instead of art, and when Warehouse 13 became successful, my wife was like, 'Hey, you should start working on your art again, get back into your art again.'. I started drawing again, and then I designed these t-shirts as a crew gift. The purple shirt was our crew gift and then, I came to this con (Dragon Con), and someone was talking about it, and somebody was like, 'Man I'd love to have one of those.', and I was like, really. Cause when I was a kid I loved Maui and Sons, they were like a surf design, and I always thought I would start my own t-shirt company and do my own surf designs and stuff like that and then I was like, oh this is kind of what I've always wanted to do is to design t-shirts. That's kind of how it started. I wanted to design a shirt that brought the fan into the show. I did a Regent t-shirt, so that anybody who wore the t-shirt was a regent, you know. Then I did a Artie's and Pete's Cookies and it kind of crossed over. I've always considered myself to be on the same level. I just happen to be the person on the show. I want us all to be on the same level, you know, and so this was my way of saying, you are part of us, we are part of you. This year (2022), this year, is a tribute to my dad. It's one of the shirts I wore during the show. Where I'm from, North Canton Ohio, my dad and I both went to North Canton Hoover together, and I wore this shirt on the show. So, I changed the North Canton to Warehouse 13 and then I had this panel that is for my dad. So this is on the back. My dad and I always had a deep application for veterans, so I put the battle flag on the shoulder and it says WH13 on there. This years a special design, it's a tribute to my Pop and he was so proud of me and my work on Warehouse 13. As long as people keep buying them I'll keep designing them. I love to do it and it keeps me motivated.”
So, as you can see, the man is talented, he is a geek, and he is a good person. If you go to Dragon Con 2023, there are three things you should do.
1). Go say hi to Eddie McClintock at his table at the walk-of-fame. He is a cool guy and he makes it a lot of fun at his table.
2) If you are a Warehouse 13 fan, get one of his shirts, they are cool.
3) Watch the masquerade ball on Sunday night. Most likely he will be one of the hosts for it and he is hilarious and makes it so much fun.