Home » Blogs » ‘Amsterdam’ Review: All Spark and No Flame 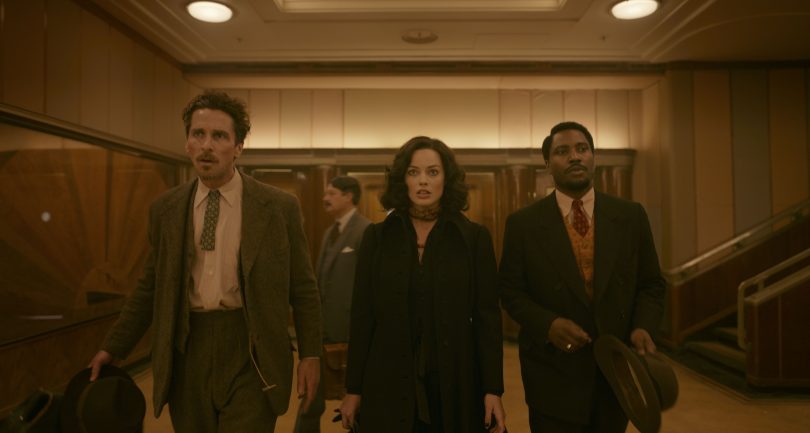 The name David O. Russell draws attention, for better and for worse. The Fighter, Silver Linings Playbook, and American Hustle all dominated the Academy Award nomination lists, and even Joy brought some joy to Jennifer Lawrence with a Best Actress nomination. It’s one of the reasons why you see big name ensembles in his films. But then there are also the on set incidents and controversies surrounding the director as well. Whether or not we should separate the artist from the art is a whole different discussion worth having, but it’s something that’s difficult to ignore. Amsterdam has all the elements of O. Russell’s previous works with an A-list cast and intriguing story. Unfortunately that’s about all the film has going for it. A lifeless script and average direction struggles to make even the brightest of stars shine.

A doctor (Christian Bale), a nurse (Margot Robbie), and a lawyer (John David Washington) are all World War I veterans and best friends when they find themselves mixed up in a murder. As they attempt to clear their names, they begin to uncover the doings of a secret organization that plans on overthrowing the government. The only way they’re going to convince the police of their innocence is if they bring the real criminals into the light.

Amsterdam is a narrative mess as it begins in the 1930s with the events leading up to the murder and then decides to travel back to World War I and introduce the various players of this murder mystery. There is so much openness to confusion in the opening scenes as O. Russell fails to hook audiences and make them care about the characters. It always feels like you’re one step behind playing catch up with what is going on. The story becomes clearer when it goes back to WWI, and while that helps with the character development, it takes all the wind out of the sails of the murder. Amsterdam is a puzzle whose pieces never quite fits together. 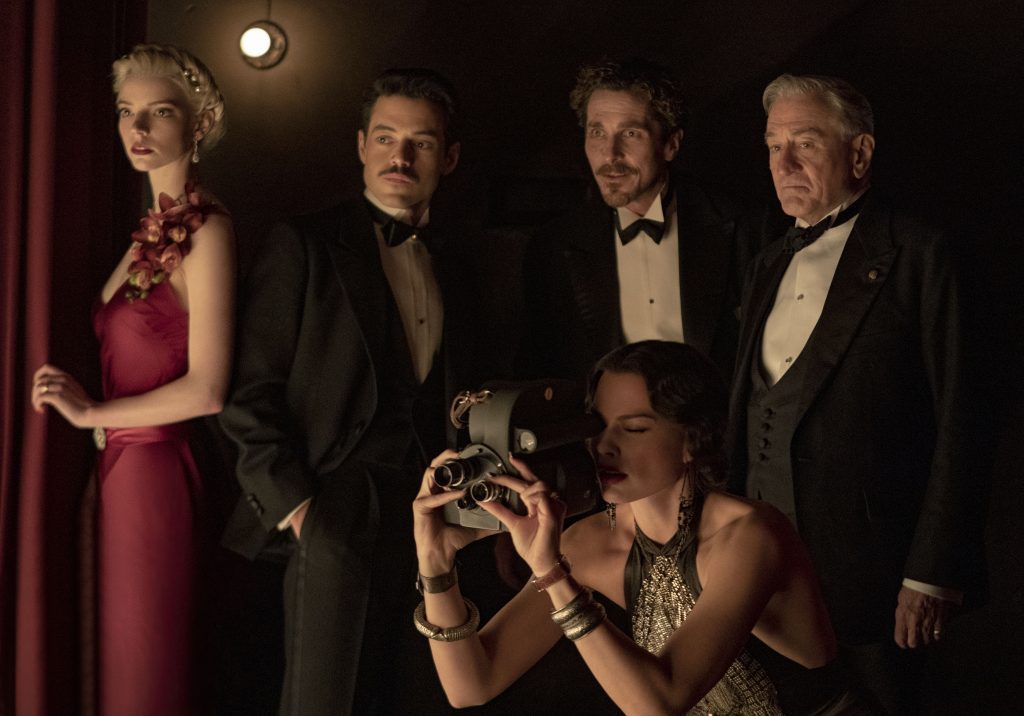 It’s a shame because the cast is absolutely phenomenal. Christian Bale, Margot Robbie, John David Washington, Chris Rock, Anya Taylor-Joy, Zoe Saldaña, Mike Myers, Michael Shannon, Timothy Olyphant, Rami Malek, Robert De Niro; the list goes on and on of these big name stars. Everyone has their own moment (or two) to shine as well. Bale as Dr. Burt Berendsen, a wounded veteran with a prosthetic eye is wacky and wild, but also smart and ingenious. The romance between Robbie’ Valerie and Washington’s Harold feels real and heartbreaking. Whenever a new character shows up, they leave a lasting impression whether they’re in the film for a few seconds or many minutes. There are moments of beauty on an individual scene level, but they never quite gel together to form something worthy of its 134 minute runtime.

The main issue with Amsterdam is that it doesn’t know what it wants to be. There is so-called humor in the film but the jokes rarely land and instead fill the air with emptiness. Half the time I didn’t know whether something was supposed to be a joke or taken seriously. In either case, the result is an awkward wince. The film isn’t that great to look at either. For some inexplicable reason, O. Russell enjoys looking up actors’ noses in Amsterdam. The film is filled with shots from below looking upward. While it’s one of the less egregious aspects, it is still noticeably distracting and just another box to add a checkmark to on the list of things wrong with the film.

I’ve enjoyed the majority of David O. Russell’s previous films, even Joy to a certain degree, but Amsterdam leaves little worth remembering. Despite a stacked cast, the film struggles to gain any momentum and quickly sizzles out. Whether this is a single misstep in direction for David O. Russell or the start of his decline is still up in the air. Either way, his name is no longer the draw it once was.

Amsterdam has all the elements of David O. Russell’s previous works with an A-list cast and intriguing story. Unfortunately that’s about all the film has going for it. A lifeless script and average direction struggles to make even the brightest of stars shine.