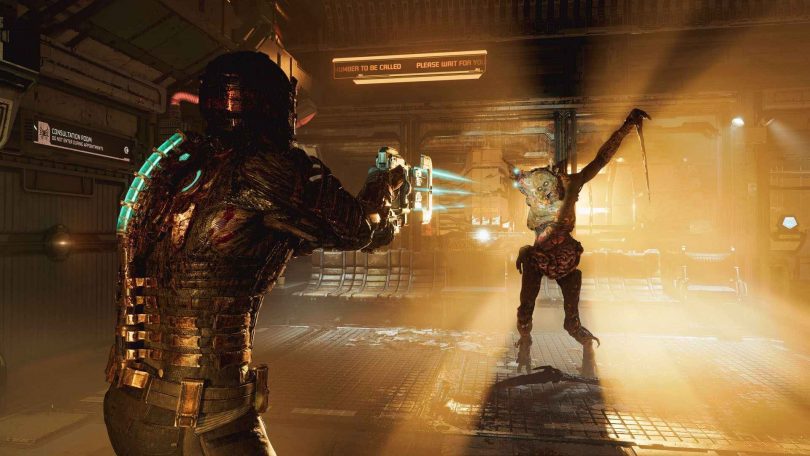 EA Games has released the first gameplay trailer for the upcoming remake of the survival horror game Dead Space. Return to the derelict mining space vessel, USG Ishimura, with engineer Isaac Clarke and discover the horrors and monstrosities that lurk within its passages and shadows.

Announced last year, Dead Space is a remake the the 2008 video game by the same name that spawned two direct sequels, multiple spin-offs, and even two animated films. Dead Space is being built from the ground up using EA’s Frostbite engine. The game will no doubt keep the same atmosphere and gameplay as the original, but will also include plenty of updates for modern audiences. One of the biggest changes can be seen in the gameplay trailer when the main character Isaac Clarke actually speaks. In the original, he was a silent protagonist except for various grunts and screams. Players also didn’t see his face until the very end of the game when he removed his helmet. Whether that’ll be the same case in the remake remains to be seen. Regardless, the developers at Motive Studio appear to be closely following in the same terrifying footsteps that made the original game so great.