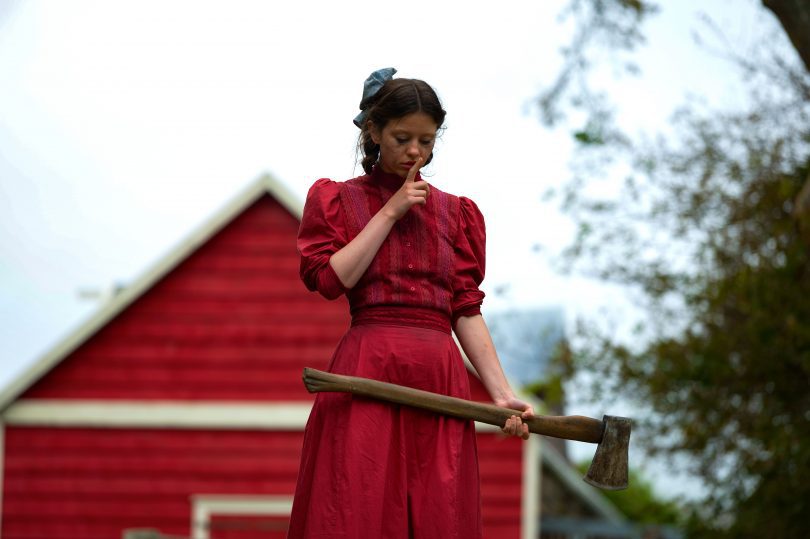 It was only six months ago when Ti West brought audiences to the twisted Texas farmhouse of Pearl and Howard in the sexy slasher thriller X. During production, West secretly worked on a prequel that explored the origins of Mia Goth’s character and eventually filmed Pearl back-to-back with X. I was a fan of the original and its throwback to the old-school horror genre so X-pectations were high for Pearl. While the film doesn’t reach the same lofty heights as the original, Mia Goth delivers a commanding and thoroughly creepy performance that outshines the competition to deliver a compelling origin story worth watching.

Set in 1918 during the Spanish Flu epidemic, a young Pearl (Mia Goth) lives on her Texas farm with her domineering mother and paralyzed father while her husband Howard is off overseas fighting the war. The majority of her time is spent tending to chores around the farm and caring for her father, but every once in a while she is able to sneak away to the local movie theater and watch the beautiful girls dancing in films. Pearl dreams of leaving the farm and becoming a big star star. It’s what she wants more than anything else in the world, and Pearl comes to the realization that she will do whatever it takes to follow her dreams.

It’s clear from the beginning that Pearl is not just your ordinary girl with high aspirations. Early on she violently kills a goose and then feeds its limp carcass to her “pet” alligator that lives in the nearby pond. Mia Goth plays the part disturbingly well, with not a single flicker of remorse in her eyes. Her focus is singularly geared towards becoming a dancing star like the girls she sees on the big screen. It’s her ticket out of the nightmare she lives at home. When a local dance troupe offers opens auditions, Pearl’s violent tendencies become more and more explosive as her dreams become within reach. 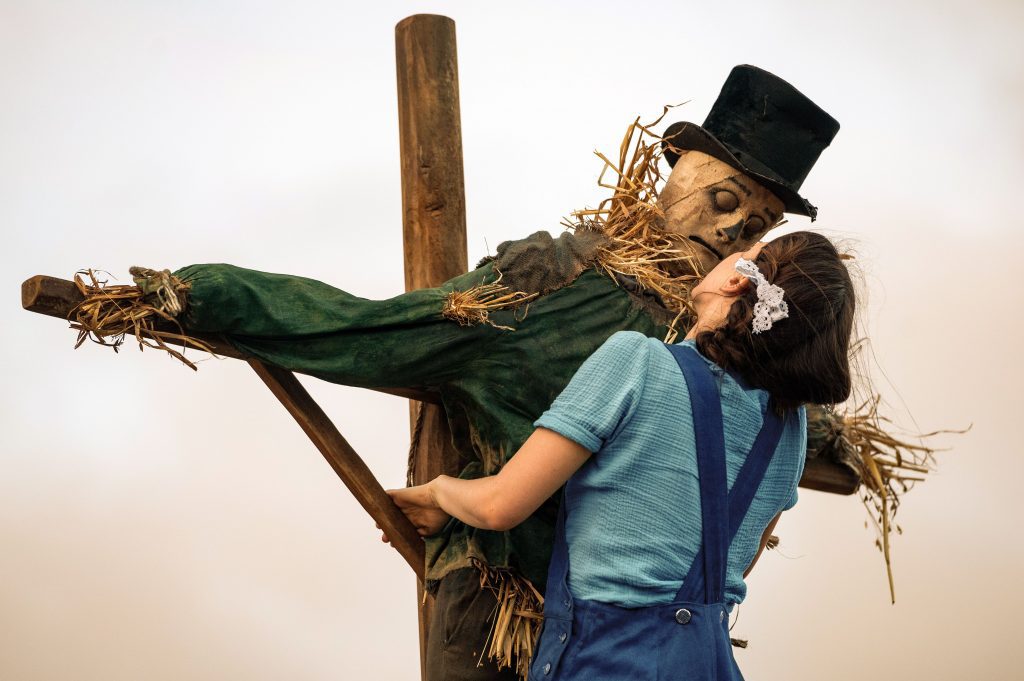 Whereas X was a callback to the slashers of the 70s that were filled with sex and gore, Pearl embraces the earlier days of Hollywood when dreams of making it big enveloped the world. Like The Wizard of Oz, there’s a fantastical element to it. Pearl is Dorthy, a young girl who dreams of being somewhere else. The similarities are obvious; there’s even a scarecrow that gets caught up in her fantasy. Unlike The Wizard of Oz though, there’s nothing magical about Pearl’s world. The first half of the film focuses on Pearl and how she’s always having to cater to others. She cares for her father while taking orders from her mother. Anything she does that serves herself, even if its just going to a film, is frowned upon and met with anger and disappointment. Pearl is much more about the psychological horror she is faced with rather than the physical blood and guts of the genre. Although there is still plenty of that, especially in the second half. This does mean that things can be rather slow and boring towards the beginning, but thankfully Mia Goth’s haunting performance keeps you engaged throughout.

Pearl may be light on its horror elements, but it more than makes up for it with its character development. Mia Goth delivers one of the best performances of her career as she navigates the conflicting emotions of a girl who wants to choose her own path in life. Even though she is capable of these horrific acts of violence, there is still an innocence and charm that can be felt in her character. It all boils during the best scene of the film where Pearl reveals her feelings to her sister-in-law. The camera stays on Goth as she pours her heart out in a lengthy single shot that is equally heartbreaking and terrifying. There are no special effect or fancy camera work. It’s just Mia Goth front and center, and she absolutely nails it.

Ti West and Mia Goth is no doubt a winning combination following both X and Pearl. The prequel doesn’t capture the same magic as X, but instead carves out its own dream. While not as horrific, Pearl does let Mia Goth shine brighter in her role. Either way, it’s a fitting companion piece and continuation of the story. It comes as no surprise that a sequel titled MaXXXine has already been announced to be in development. They bring out the best in each other, and I cannot wait for what’s next in store.

I was a fan of the original and its throwback to the old-school horror genre so X-pectations were high for Pearl. While the film doesn’t reach the same lofty heights as the original, Mia Goth delivers a commanding and thoroughly creepy performance that outshines the competition to deliver a compelling origin story worth watching.