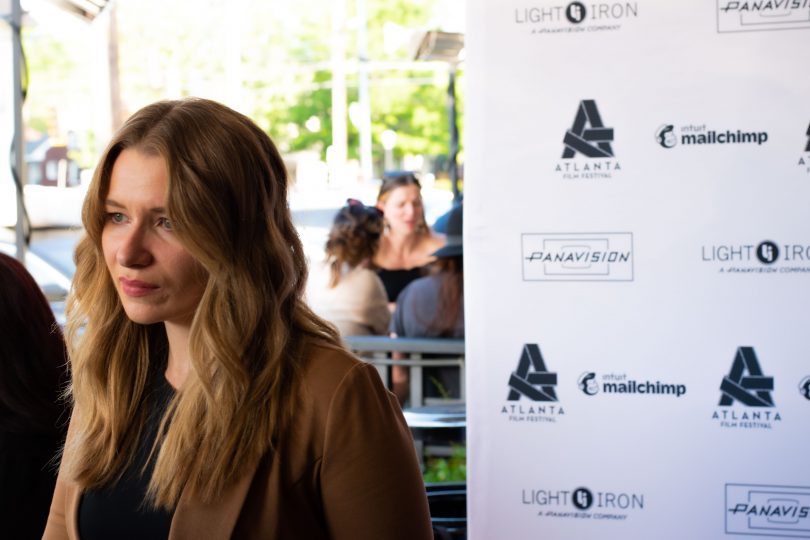 Breaking is one of the last films Michael K. Williams acted in before his abrupt and tragic passing last year. The film tells the real-life story of Brian Brown-Easley, portrayed by John Boyega, a Marine veteran who finds himself in desperate need of financial help and decides to hold up a Wells Fargo bank in an effort to make his voice heard. Michael K. Williams plays a police officer and negotiator who ends up being the primary communicator between Brian and the outside world.

I had the opportunity to have a brief chat with director Abi Damaris Corbin when Breaking premiered earlier this year at the Atlanta Film Festival. Back then it was titled 892, which was the amount Brian wanted from the bank and the amount he believed was owed by Veteran Affairs. Corbin told me about what it was like working with and directing Michael K. Williams in what would end up being one of his final film performances. “He had the most generous spirit,” she told me. She remembers him being just the coolest guy who wore the flyest shoes. But most importantly, she remembers how he taught her to see people better, recalling one day on set that required a massive amount of background actors.

“He was in these scenes with all these extras, like walking through the biggest scenes of our film in terms of extras. And Mike’s the king. He strolls onto set and everybody’s in awe of him. He saw that. He took time to give the extras advice about their careers, the ones who wanted it. That’s something I want to take with me for the rest of my life. To see people.“

Corbin hopes that the film does Brian Brown-Easley justice. She spoke with Brian’s wife and family to help get a better understanding of his spirit. “It’s not just them but the truth of it affects so many different people,” she says. “So we did our best to make sure that we honor the spirit of that and then hopefully we have this story that doesn’t have to be told again in 20 years or however many.”