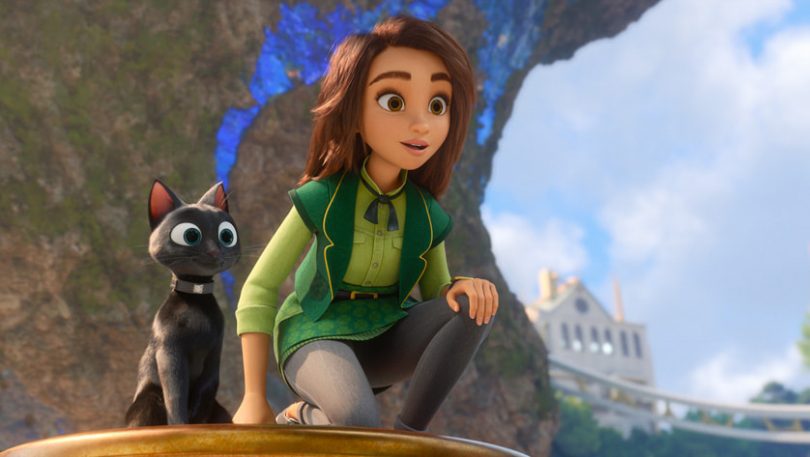 Luck is the debut film from Skydance Animation, and the first animated film of a multiyear partnership with Apple TV+. Being in this position typically means that either the final product will be a lavish showcase of what the studio is capable of in order to impress and draw in audiences or a safe and surefire bet that doesn’t take many chances but reaches as many eyes as possible. Luck is more of the later with a straightforward family-friendly adventure that will surely warm your heart but won’t leave much of a lasting impression.

Sam (Eva Noblezada) appears to have all the bad luck in the world. If something can go wrong, it will. Regardless, Sam carries on and does her best to get through each day as best she can. Her luck drastically changes when she discovers a penny left behind by a black cat, and all of a sudden everything just seems to fall in place perfectly. Unfortunately she ends up losing the penny after which she discovers that it wasn’t just pure coincidence that her luck change but that it was indeed a lucky penny that had been lost by the magical cat. In an attempt to get another penny, she follows the cat back to the magical world where luck is created. In her attempts to get a new penny however, Sam’s bad luck wrecks havoc among all the good luck workers and threatens the entire lucky system. 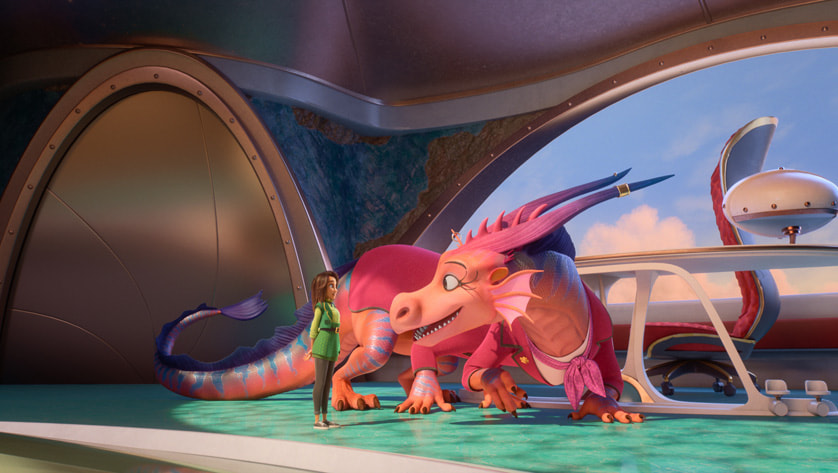 The most interesting aspect of Luck is the magical world it creates. On the top you have Good Luck, where various workers create and harvest good luck crystals that are finely crafted across various departments. Below Good Luck in the basement is where Bad Luck is created through inverted means. While everything is all sunshine and rainbows in Good Luck, Bad Luck is dark and gloomy where accidents are the norm and nothing ever goes right. And yet despite how much Bad Luck is frowned upon by nearly everyone, it is very much a necessary component to ensure a healthy balance in the world. Luck paints a story where both good and back luck need to work hand-in-hand in order for equilibrium. The film gives off a vibe similar to Inside Out only instead of emotions it’s luck. Good or bad, both are a necessity.

Luck isn’t as good as Inside Out; the animation can be a little rough at times, especially when it comes to capturing the human characters and their facial animations. The environments look wonderful but the characters can be stiff and wooden. It’s not terrible, but there are moments where something just doesn’t feel quite right as the film appears to be missing that special oomph factor. The voice acting is solid. Simon Pegg brings a high energy delivery to Bob the Black Cat while Eva Noblezada is bubbly, kind, and genuine.

And that’s about it. Luck delivers on its ideas and themes; it’s a fun, family-friendly adventure that’s heartwarming with a good message, but it doesn’t do anything to stand out among other animated films. There are plenty other films out there that look better and have more interesting stories. Luck doesn’t push any boundaries and is perfectly suitable for a family movie night. It gets the job done; nothing more, nothing less.

Luck is a safe and surefire bet that doesn’t take many chances but attempts to reach as many eyes as possible with a straightforward family-friendly adventure that will surely warm your heart but won’t leave much of a lasting impression.