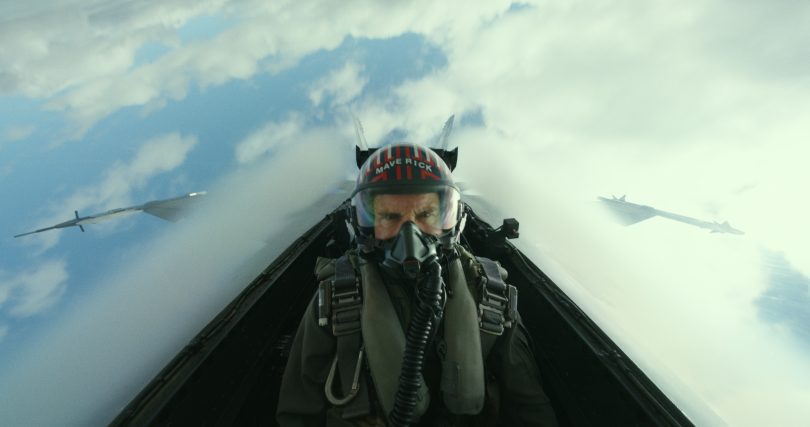 I watched the original Top Gun for the first time a few weeks ago in preparation for the sequel and while I was familiar with the general idea of the film and had seen a couple of scenes here and there, I’d never experienced the whole thing in a single viewing. Even all these years later after its release I was blown away by its story, the aerial stunts, the music, and of course the bromance. I now understand and feel the film’s need for speed and couldn’t be more excited about Top Gun: Maverick. Expectations were now even higher and Maverick manages to clear them with absolute ease. The film beautifully captures the nostalgia of the original, delivering the same high octane intensity with bigger aerial maneuvers and more jaw-dropping sequences with Tom Cruise’s movie star status fires on all cylinders for the return of  Pete “Maverick” Mitchell. Top Gun: Maverick is everything you want out of a sequel and so much more.

It’s been decades after the events of the original film and Pete Mitchell (Tom Cruise) is still just a captain in the Navy, flying as a test pilot for the latest in aircraft technology and continually pushing them well past their limits. After one such incident puts him on the verge of being grounded forever, Pete is called back to Naval Air Station North Island where he will train an entire squad of Top Gun aviators to tackle what many are calling an impossible mission. Among those aviators is Lieutenant Bradley “Rooster” Bradshaw (Miles Teller), the son of Maverick’s best friend and co-pilot Goose who tragically died in the first film. Maverick only has a matter of weeks to get these pilots, who are already the best of the best, prepared to do the impossible.

At it’s core, Top Gun: Maverick is all about the past versus the future. Pete Mitchell is a product of the past. He was, and still is, the best pilot the Navy has, but technology is progressing at a far faster rate, making aircraft stronger, faster, more responsive, and overall just better in every way. Pilots are quickly becoming a thing of the past according to the higher ups, and Pete is old news. Yet Pete holds out, believing that pilots have an instinct and talent that technology cannot replicate, and that is why it’s the man not the machine that matters most. It’s why he believes that he can successfully complete this mission without losing anyone despite every sensor and warning telling him it’s not possible. 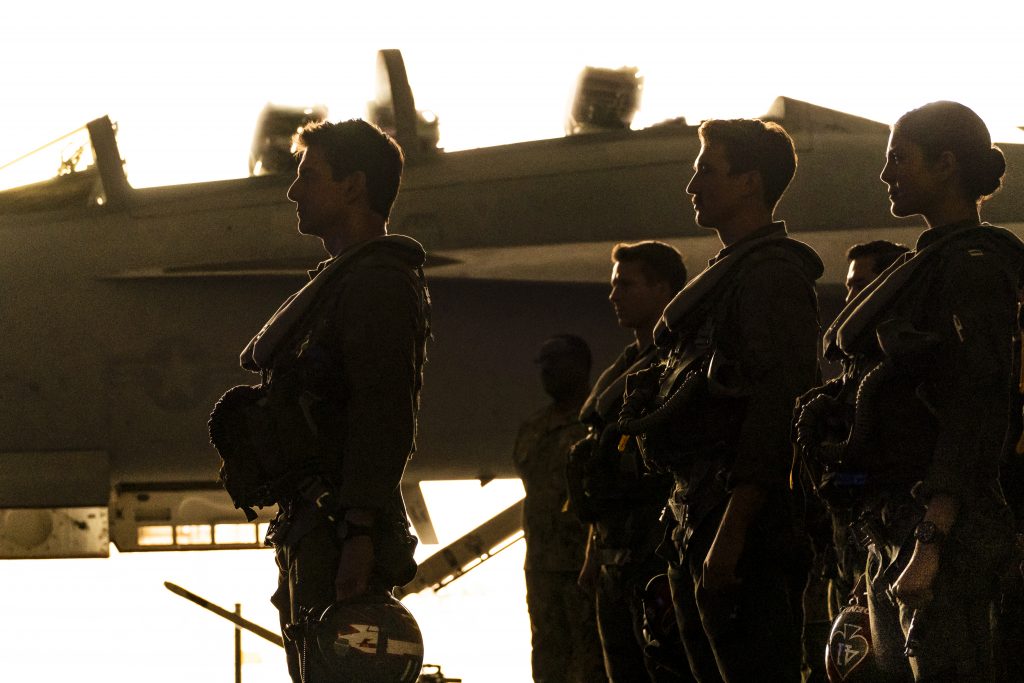 It’s interesting because Maverick somewhat mirrors Tom Cruise and Hollywood itself. Genuine movie stars are a dying breed; Hollywood tends to focus now on franchises and IPs more so than the actors who appear in them. Cruise is one of the few A-list stars who can still draw in the crowds no matter what the film is. Top Gun: Maverick doesn’t work without Cruise no matter how you shape it. Like Pete Mitchell, Cruise is from a past that was more reliant on people rather than technology, and he’s doing everything he can to hold out as long as he can. And I don’t see him slowing down anytime soon, either.

Speaking of Tom Cruise and technology. Top Gun: Maverick features some of the best and most thrilling visuals in recent memory. We all know Cruise likes to do his own stunts and stives to do as much as he can live rather than on green screen or in post. Maverick does not disappoint in the slightest. The aerial stunts are off the charts. Cameras are placed directly in the cockpit and on the wings as they capture every moment and maneuver. You can actually see the g-forces affecting the pilots as they pull ridiculous turns at breakneck speeds. It’s all very reminiscent of the original Top Gun, only Maverick kicks it up a few notches. Top Gun: Maverick brilliantly captures the nostalgia of the original as well. The story plays out quite similar with Top Gun aviators training to be the very best. The bromance is there, as is another shirtless beach scene. Only this time instead of volleyball it’s football. Everything feels familiar yet fresh, like coming back home after a long vacation.

Top Gun: Maverick has no right being as good as it is. It’s a sequel that outshines an already great original with Tom Cruise once again putting everything on the line to get that perfect shot. This is one film you’ll want to see in the biggest and loudest theater possible to make you feel like you’re in the cockpit right alongside them.

Expectations were now even higher and Maverick manages to clear them with absolute ease. The film beautifully captures the nostalgia of the original, delivering the same high octane intensity with bigger aerial maneuvers and more jaw-dropping sequences with Tom Cruise’s movie star status fires on all cylinders for the return of  Pete “Maverick” Mitchell. Top Gun: Maverick is everything you want out of a sequel and so much more.