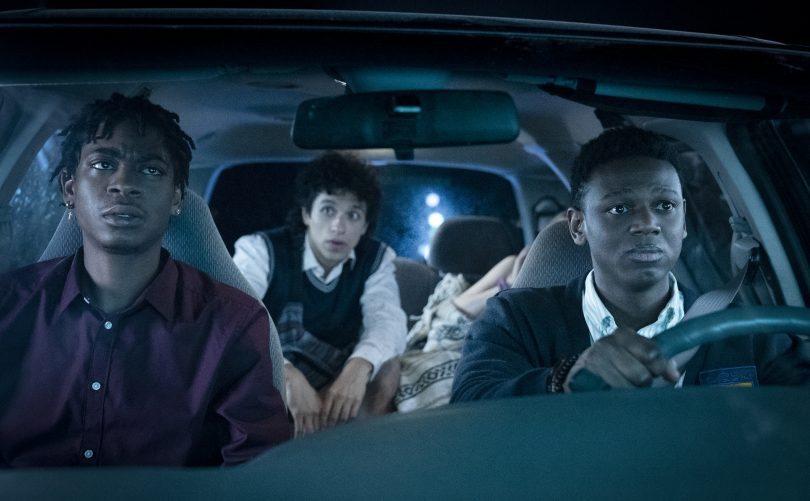 We’ve all had those moments that look bad on the outside but are innocent enough when given the opportunity to explain things. Oftentimes it’s just due to poor judgement and timing. After a bit of awkwardness they typically end with a laugh and then life moves on; no big deal. The dark comedy thriller Emergency takes that premise and has some fun with it as it builds with one bad decision after another but simultaneously looks at the optics of racism and the fear that drives these decisions. It’s both funny terrifying in its presentation, delivering an overall smart and intense thrill ride.

Best friends and roommates Kunle (Donald Elise Watkins) and Sean (RJ Cyler) are getting ready to graduate and as one last hurrah plan do a Legendary Tour and hit seven parties at seven houses in one single night. They have it perfectly planned out. That plan goes out the window, however, when they discover a drunk girl passed stumbled into their home and passed out on their living room floor. Rather than call the police considering to how bad it would look, they decide to take control of the situation themselves so they can still make their Legendary Tour. As things devolve from bad to worse as the night carries on, Kunle and Sean quickly forget about the tour and just hope they can make it through the night.

Emergency starts off innocent enough with Kunle and Sean experiencing your typical movie college experience. Sean is the partier of the duo, constantly vaping weed and drinking, while Kunle is the nerd type who is more concerned about his cultures in the lab than going out and having fun. Donald Elise Watkins and RJ Cyler are great together and play off one another wonderfully with Kunle always being the sensible one while Sean is more the risktaker. Together they deliver a pretty well-rounded experience. Initially the film gives off similar vibes to a college version of Superbad with these characters just looking to have one last good time together, but once they find the drunk girl in their living room, things quickly dissolve into a beautiful chaos, and that’s when the film gets more interesting and terrifying. 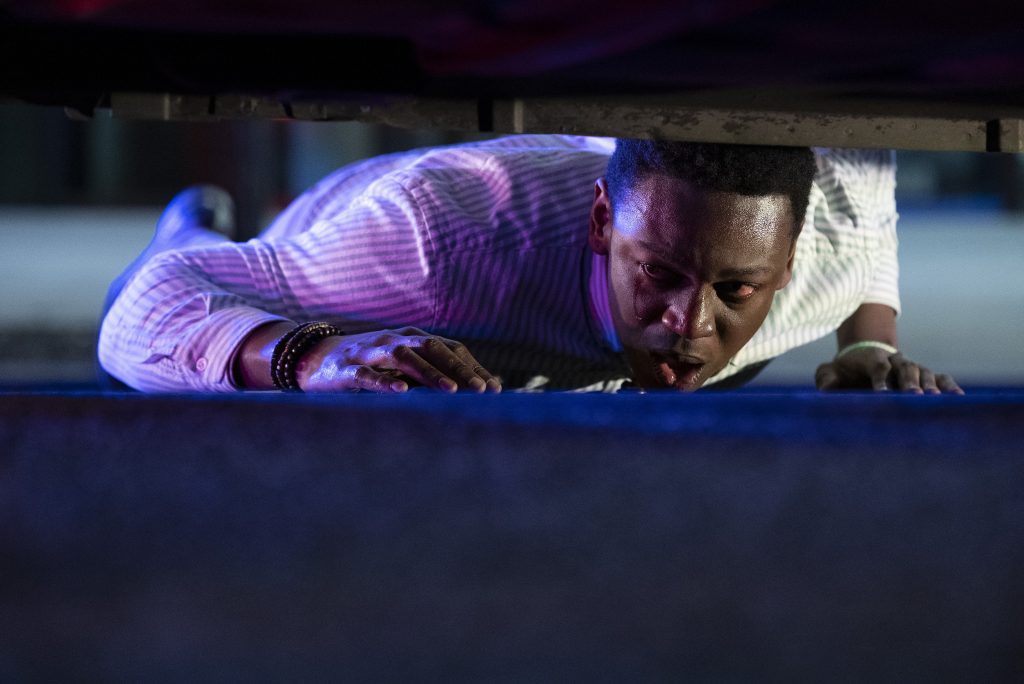 Kunle, Sean, and their other roommate Carlos (Sebastian Chacon) all have good intentions and want to help this girl out right from the start, but as three brown dudes, they all know and understand how this looks in society. Kunle wants to call the police immediately and has faith that they will understand, but Sean is especially weary because he has family members who have been shot by the police before. In an ideal world, they would be able to call the authorities without a second thought, but it’s easy to understand their situation. Tensions only continue to rise as they try and do their best to get her to help but broken tail lights, police checkpoints, and noisy neighborhood watches only complicate and further add to their suspicion. At times, Emergency almost feels like a horror movie as their situation only gets worse and worse.

And with the film blending both humor and horror, the story could honestly go either way at any moment. They could end up explaining how everything was just a big misunderstanding and everyone has a laugh or they could be shot dead by the police before they even have the chance to get a word out. Emergency will have you laughing at the beginning but then you’re on the edge of your seat for the rest of the film.

Emergency brings a haunting urgency to the classic college comedy with its timely and fitting story. It puts audiences directly in the shoes of these characters, ultimately delivering quite the gut punch by the end of the film. Whether you see it in theaters or on Amazon Prime, it is without a doubt a worthy watch.

The dark comedy thriller Emergency takes that premise and has some fun with it as it builds with one bad decision after another but simultaneously looks at the optics of racism and the fear that drives these decisions. It’s both funny terrifying in its presentation, delivering an overall smart and intense thrill ride.