Home » Blogs » ‘The Northman’ Review: Brutal and Steeped in Mythos 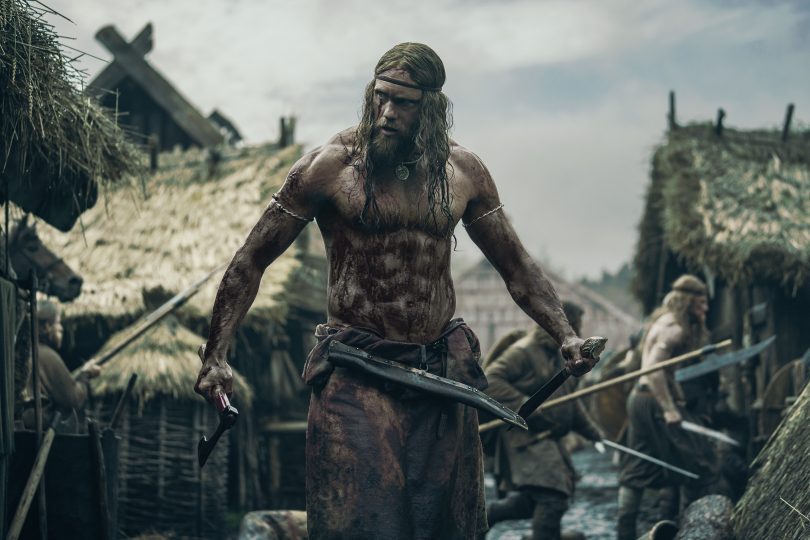 I will avenge you, Father. I will save you, Mother. I will kill you, Fjölnir. Those are the words a young Amleth repeats over and over towards the beginning of The Northman, and those three sentences set the entire stage for Robert Eggers’ Viking epic. Based on an old Scandinavian legend, the film is an intense tale of revenge that also deeply explores Viking culture. It’s brutal yet beautiful with ferocious action sequences paired with stunning visuals. The Northman goes beyond just being another story about Viking savagery and delivers a film that is steeped in lore, rituals, and prophecies.

King Aurvandill War-Raven (Ethan Hawke) rules his kingdom with an iron fist and live for glorious battle alongside his wife Queen Gudrún (Nicole Kidman) and son/heir Amleth (Alexander Skarsgård), teaching and molding him so that he may one day take over the throne. Following his return from battle, Aurvandill is betrayed by his brother Fjölnir (Claes Bang) and murdered in front of Amleth. He then takes Queen Gudrún as his own, becoming the new king by force while Amleth barely manages to escape with his life. Years later and a now adult Amleth has never forgotten his father and the promises he made. He will avenge him, he will save his mother, and he will kill Fjölnir.

On its surface The Northman looks like your standard revenge action drama, but even from the beginning there’s an attention to detail with regards to Viking culture that sets it apart. It is clear that Eggers knows his mythology and has done his research. Amleth wants revenge against his uncle, not only because of what he’s done but also because of what it means as part of his culture. Even if he forgave Fjölnir of his actions, he essentially has to avenge his father because of the oaths he took, otherwise his soul would never rest. 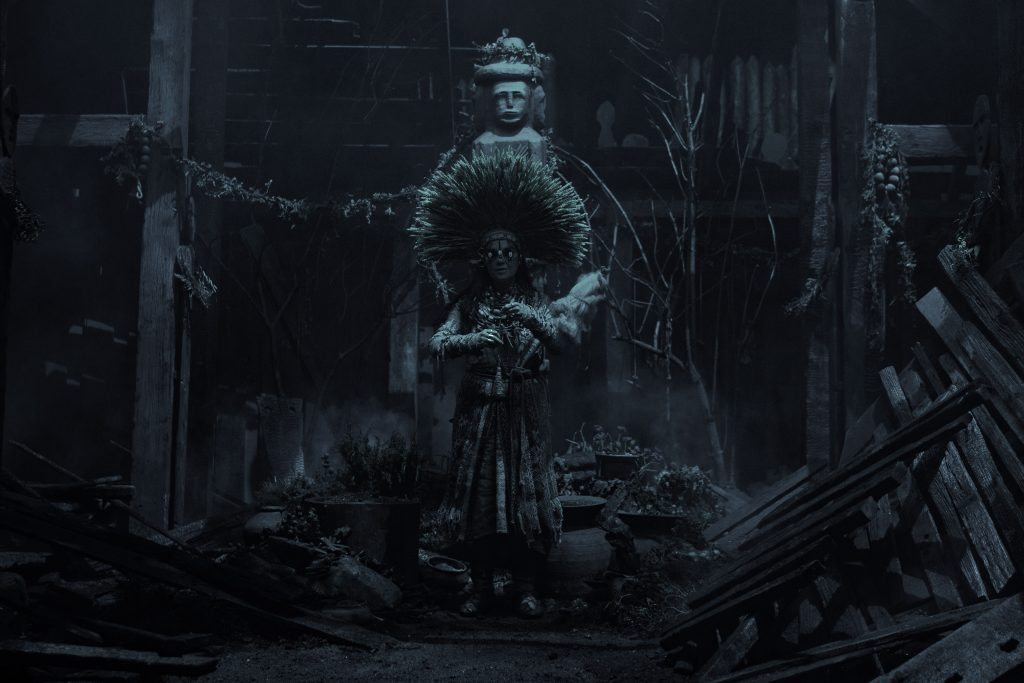 From the onset, it’s clear that there is no redemption. Amleth is not a good person. After escaping his kingdom, he is raised to be a warrior by a Viking tribe, and as an adult we see him raid and pillage a neighboring village where women and children are burned alive, trapped in a house set ablaze by the raiders. Violence and rage consumes him, and The Northman doesn’t shy away from showing how that will ultimately lead to more bloodshed. He eventually meets and falls in love with a sorceress named Olga (Anya Taylor-Joy), who assists him in his quest for revenge. But even though there are times where she believes they can escape and live in freedom together, Amleth is steadfast in his purpose. Eggers does a good job at alluding to this cycle of violence and how those who are molded by the blade eventually end up inflicting the same pain and suffering on others. I couldn’t help but think of the young children seeing their parents and elders getting brutally murdered in the same fashion as Amleth saw his. It’s a vicious circle where there are no winners.

And yet The Northman does an excellent job at getting you to understand Amleth’s drive and rage. He’s the last living legacy of his father. He believes it’s his purpose to kill his uncle, handed down to him by the gods. At one point Odin himself sends down a pack of ravens to rescue Amleth, showing that he has indeed been chosen. Through the prophecies, it makes it seems like his mission is all but inevitable. Even if he wanted to go down a different path, he would eventually come back to his revenge. That is his fate.

The Northman is a stunningly brutal and beautiful Viking epic that explores their culture with such attention to detail. It’s bloody, yes, but every frame has a sense of purpose. Robert Eggers is now three for three following the terrifying The Witch and the traumatizing The Lighthouse. I already cannot wait to see what he does next. If you’re even the tiniest bit interested in Viking mythology, The Northman is an absolute must-watch.

Based on an old Scandinavian legend, the film is an intense tale of revenge that also deeply explores Viking culture. It’s brutal yet beautiful with ferocious action sequences paired with stunning visuals. The Northman goes beyond just being another story about Viking savagery and delivers a film that is steeped in lore, rituals, and prophecies.