We’re three months away from the release of Thor: Love and Thunder, and Marvel and Disney have finally begun their official marketing campaign for the film, releasing the first teaser trailer and poster for the superhero film. The film is set for release on July 8, 2022.

Love and Thunder finds Thor giving up his warrior ways and retiring to go on a journey to discover who he really is. While brief, the teaser trailer provides glimpses of some of our favorite heroes including Peter Quill and the rest of the Guardians of the Galaxy, who together left with Thor at the end of Avengers: Endgame, and of course friends Korg and Valkyrie. There is also a brief glimpse Zeus, played by Russell Crowe, who is being introduced in the film. The trailer closes out with a look at Natalie Portman’s Jane Foster suited up as Thor herself and wielding a fixed Mjolnir. The one new character we didn’t see is Love and Thunder‘s main villain, Gorr the God Butcher, played by Christian Bale. As his title suggests, he seeks to extinguish all of the gods.

The official synopsis for Thor: Love and Thunder is as follows:

The film finds Thor (Chris Hemsworth) on a journey unlike anything he’s ever faced – a quest for inner peace. But his retirement is interrupted by a galactic killer known as Gorr the God Butcher (Christian Bale), who seeks the extinction of the gods. To combat the threat, Thor enlists the help of King Valkyrie (Tessa Thompson), Korg (Taika Waititi) and ex-girlfriend Jane Foster (Natalie Portman), who – to Thor’s surprise – inexplicably wields his magical hammer, Mjolnir, as the Mighty Thor. Together, they embark upon a harrowing cosmic adventure to uncover the mystery of the God Butcher’s vengeance and stop him before it’s too late. Directed by Waititi (“Thor: Ragnarok,” “Jojo Rabbit”) and produced by Kevin Feige and Brad Winderbaum, “Thor: Love and Thunder” opens in theaters July 8, 2022. 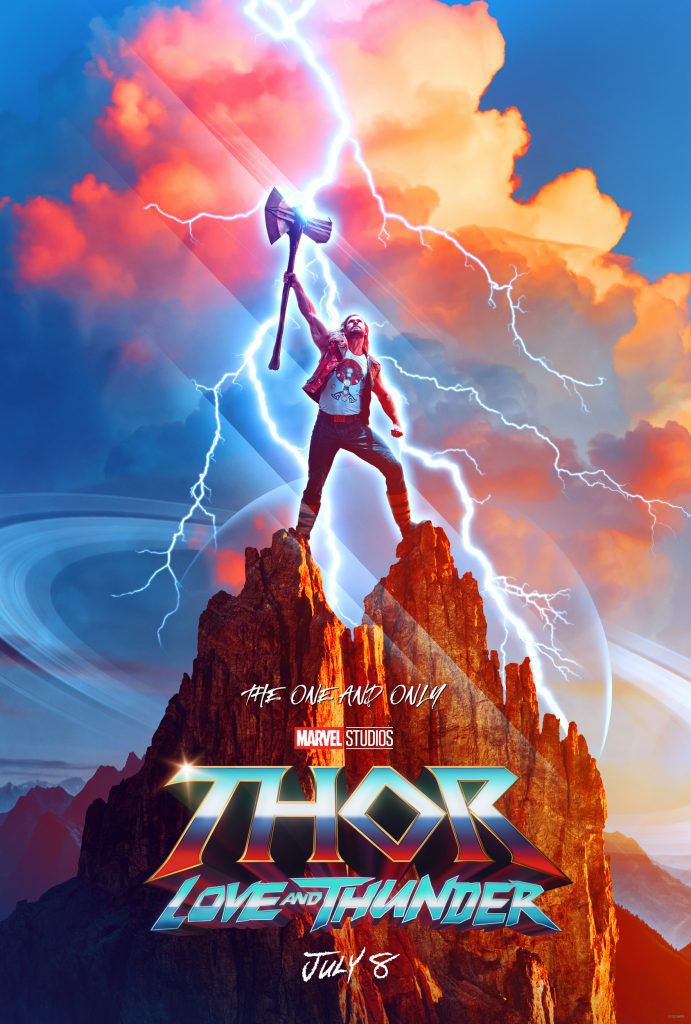