Home » Blogs » Why ‘Spider-Man: No Way Home’ Could Include the ‘Into the Spiderverse’ Spideys. 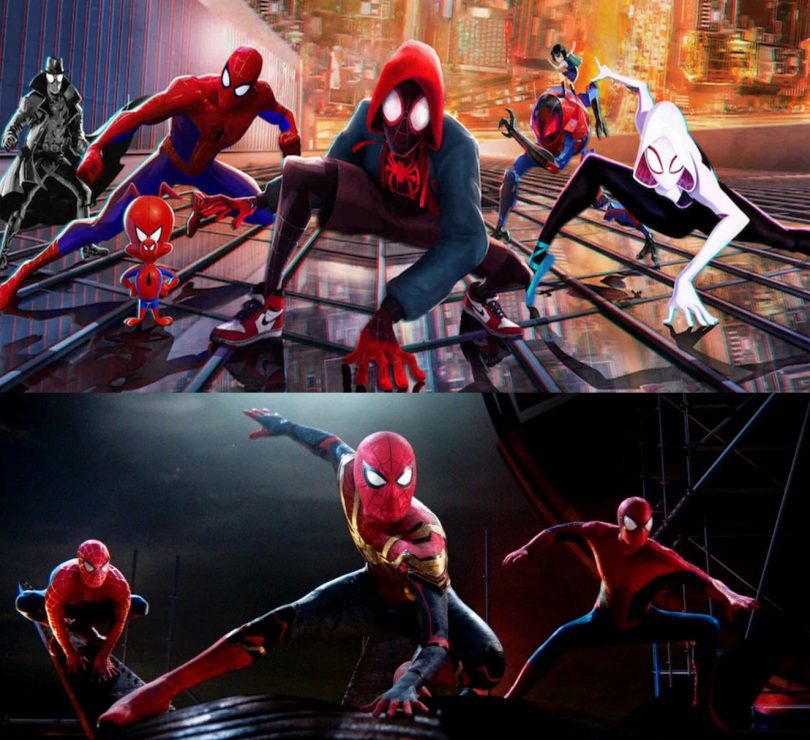 Written by Lee Roberts
With the release of Spider-Man: No Way Home on digital, and soon on disc April 12, there is a lot of new talk about the movie. One of the discussions being had is that the Spider-Man/Peter Parker from Into the Spiderverse was not brought into the movie of NWH. I do like these conversations and it is a cool thought to have even more Spideys running around in the movie but it's also not as possible as people think.

First thing to think about is that if there were more than the 3 Spideys, the movie would then get bogged down with too many characters. There would be too much going on, the movie would have to get extended to allow for all to be included and for the story to sustain all the characters. Just because it would be all the same character as Spider-Man, it would still equal out to being different characters in numbers.
Second problem in this particular instance, animated character. How would they pull the ITSV Spidey into the NWH world? Would he remain animated? If he did stay animated, would he look the same style of animation or would they upgrade the look where he would look more like a CGI character?

Third problem is which one to bring? The spell was for everyone that knew that Peter Parker was Spider-Man, but in ITSV there was 2 versions of Peter Parker himself and then the others who were the variants of Peter, though Gwen is the anomaly being that she is not a variant of Peter, just someone who has the powers. But which one of them to pick? Why the Chris Pine one? Why not Noir Spidey or even Spider-Ham? With the other movies, there was only 1 Spider-Man in the movies so only 1 Spider-Man was brought over. However, ITSV had multiple Spideys so if they were to bring one from that movie, they would have to bring them all, and we go back to the first problem of having too many there.
Now, with all that out of the way, I want to touch on something else that relates to both the NWH movie and the IITSV movie. In NWH, the others were brought into the MCU because they were all people (well mostly all), who knew that Peter Parker was Spider-Man. For this topic I will just go on the idea that there could be more characters added to NWH and that all the Spideys from ITSV were pulled over into NWH. With that said, then should the whole population or most of the population of the ITSV should have also been pulled into the NWH world. After Spider-Man is killed by the Kingpin the world learns that Peter Parker was Spider-Man. That means all those millions to billions of people would have known and would have fallen into the scope of the spell that brought everyone who knew Peter Parker was Spider-Man. This would be almost like a opposite of the blip by Thanos were instead of half the population going away, a whole new world population of people would suddenly be on a new planet. Talk about being a small world, imagine a whole other Earth's population suddenly being on the same planet.