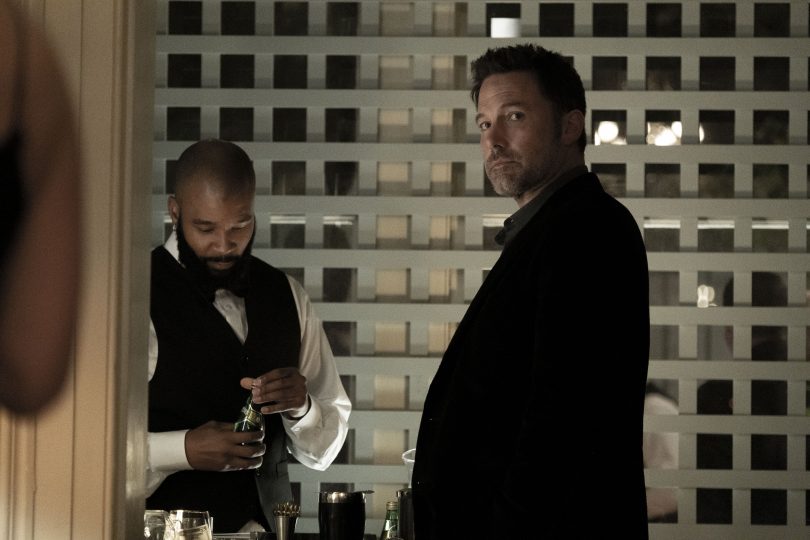 Based on the 1957 novel by the same name, Deep Water is a psychological thriller that attempts to dive deep into the complexities of relationships, love, and obsession. Unfortunately it only scratches the surface in its presentation of a romance that has reached its breaking point. Sometimes steamy but most of the time awkward, Deep Water struggles to stay afloat with its tepid plot that is anything but thrilling.

Vic Van Allen (Ben Affleck) and his wife Melinda (Ana de Armas) have a struggling marriage and don’t seem to like each other but are staying together for the sake of their daughter Trixie (Grace Jenkins). The two have reached an agreement where Melinda can see other men so long as Vic is the one she returns to in the end. Initially Vic is calm and collected about the arrangement, but as Melinda embraces her free spirit more and more, jealously starts to get the better of him. When some of her male “friends” start to disappear, all eyes are on Vic who will seemingly do whatever it takes to save his marriage.

Tensions are already high when we are first introduced to Vic and Melinda. The agreement has already been in place for quite some time. Vic sleeps in a separate room downstairs while Melinda has the bedroom upstairs. Deep Water never shows any moments where the two of them were actually in love so it’s difficult to understand why their marriage is worth saving. It’s clear from the beginning that they do not like each other and merely tolerate their lives together. Vic often says that he loves Melinda but it’s hardly believable. Ben Affleck nails the creepy stalker vibe he emanates whenever Melinda’s gentlemen suitors are around, but most of the time he looks like a sad puppy wanting attention. There’s little emotion behind his character’s dead eyes in his stoic glances. It makes perfect sense that he would be the one responsible for why all these guys are disappearing. 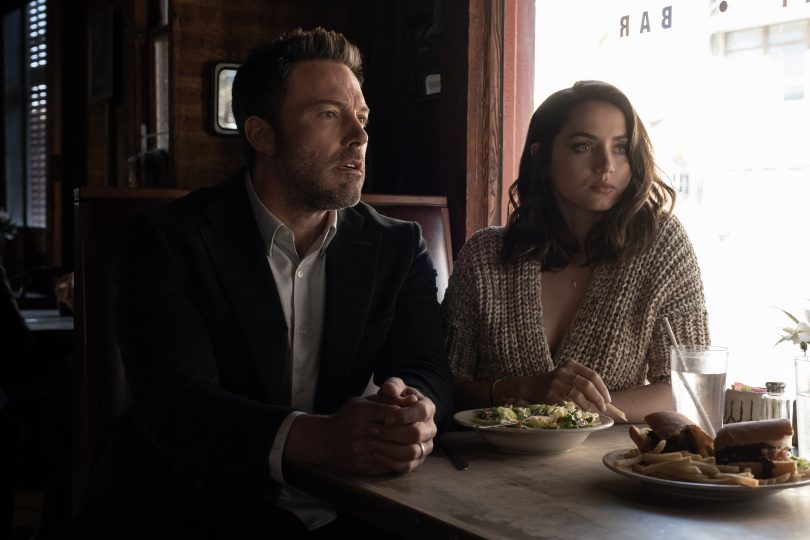 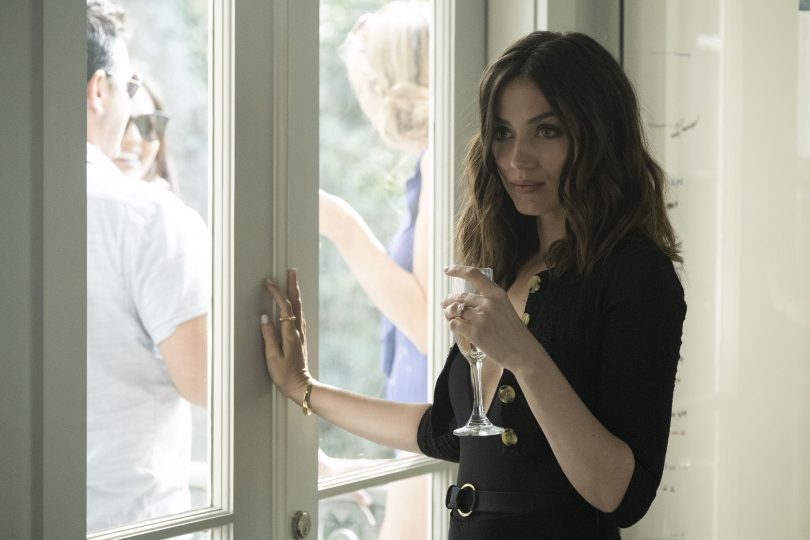 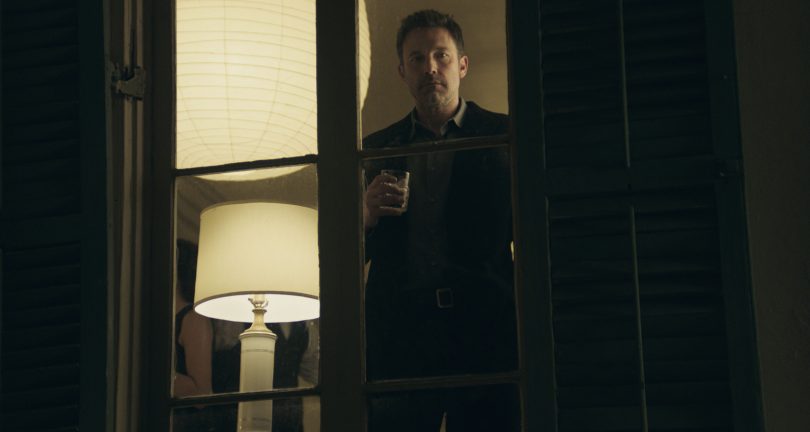 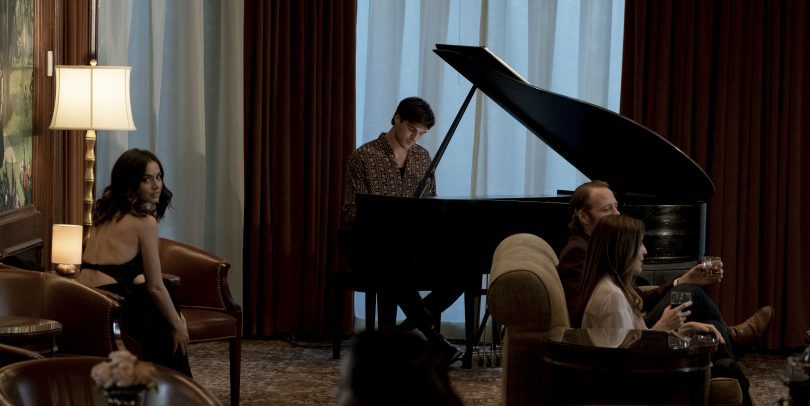 Ana de Armas doesn’t fair much better. She’s perfect as the sexy and sultry woman who goes after what she wants, but the film does a poor job at giving her anything else to do. She flirts and flaunts with all these guys, but her reluctance in leaving Vic remains unclear. Is it money? Vic has a lot of that since he retired after designing the chip used in drone warfare. Is it love? Possibly, but that candle has long been extinguished. Power or control? She does get a kick out of parading these guys in front of Vic. Deep Water never fully shows why these two go to such extremes to stay together.

That’s one of the main reasons why I kept expecting something to happen. I kept waiting for some twist that would provide a reason why Vic and Melinda stay in a loveless marriage. I was hoping for this cat and mouse game with both of them playing each other to get what they want. It actually starts off rather interesting, with Vic telling Melinda’s latest fling that he killed the last guy she was seeing who has now been missing. Affleck says it with such a straight face that it’s easy to chalk it up to intimidation, but there’s a hint of possibility that he’s telling the truth. The mystery of Vic being a brutal killer or just a husband with terrible luck is what creates the tension. But any mystery quickly dissipates, and instead the film is pretty straightforward and generic. There’s no deeper meaning to be explored. Jealousy and rage are at the forefront and little else.

It’s baffling too because none of the decisions made by any of these characters are all that smart and most of the situations come down to pure luck. It all makes for a dull and uninteresting story where any tension that gets built is quickly lost. Vic isn’t cunning or sneaky but just rash and impulsive. Deep Water makes a handful of changes from the novel, but they don’t make it any more thrilling or interesting. It still fails to bring any depth to its characters, resulting in an ultimately forgettable film.

Deep Water is about as exciting as Vic and Melinda’s on-the-rocks relationship. There’s no spark; there’s no thrill. Like their marriage, the film just goes through the motions. There are occasional moments where things heat up, but it’s nothing lasting. Everything is surface level, and yet the film still manages to drown under its own weight.

Based on the 1957 novel by the same name, Deep Water is a psychological thriller that attempts to dive deep into the complexities of relationships, love, and obsession. Unfortunately it only scratches the surface in its presentation of a romance that has reached its breaking point. Sometimes steamy but most of the time awkward, Deep Water struggles to stay afloat with its tepid plot that is anything but thrilling.