Focus Features is celebrating its 20th anniversary this month, releasing a newly redesigned logo to document the occasion.

Formed in 2020 as a merger between USA Films, Universal Focus and Good Machine, Focus Features has distributed some of the best storytelling Hollywood has to offer. With a focus on smaller, more independent features from creative filmmaking auteurs, audiences have been delighted and captivated by the likes of Eternal Sunshine of the Spotless Mind, Brokeback Mountain, Darkest Hour, and Phantom Thread among dozens of others.

“Cinema holds great power,” says Focus Features chairman Peter Kujawski. “That is the simple belief that has guided us since we asked you to join us on a journey of discovery that began twenty years ago.  It has been a voyage motivated by the boundless joy that comes from experiencing the world anew when seeing it through the eyes of others, and it has been steered by the conviction that sharing that experience in a theater with friends, family, and strangers not only delights us, but brings us closer to our loved ones, our community, and the world at large.”

To celebrate their anniversary, Focus Features is also teaming up with AMC Theatres to highlight some of their favorites. Beginning April 29, AMC Theatres will showcase seven films from Focus Features’ library in what they’re calling “Focus 20” week. Details can be found here. Focus Features will also have a dedicated film hub on Peacock so be on the lookout for that in the near future.

Speaking of favorite films, here are 20 of my favorite Focus Features films, spanning across all genres and filmmakers. It was honestly difficult to narrow things down to just 20 films because so many of them are so fantastic. Maybe in another 10 years I’ll get to do a 30 film list for their 30th anniversary so I can highlight even more.

For more information on the 20th anniversary of Focus Features, head over to FocusFeatures20.com. 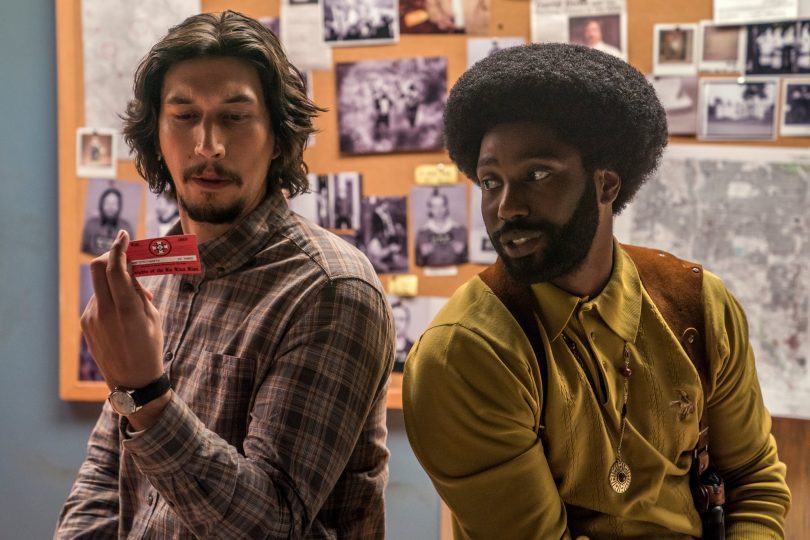 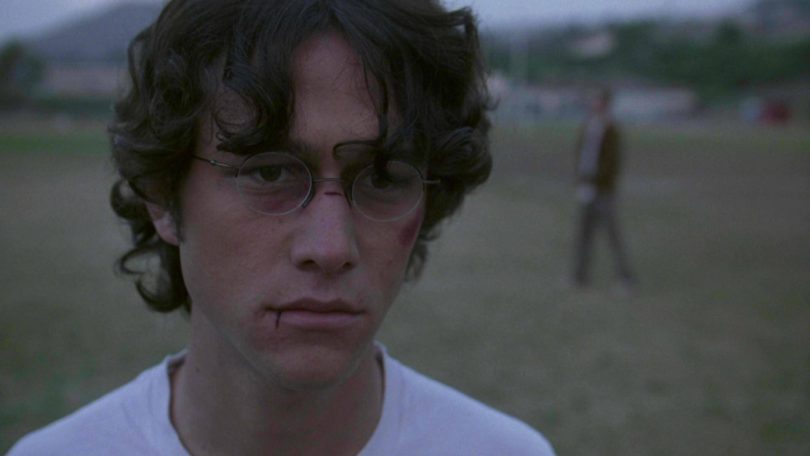 The directorial debut of Rian Johnson, ‘Brick’ is a smart and thrilling neo-noir mystery that’ll keep you on your toes. An old school detective story meets high school in this absolute cult classic. 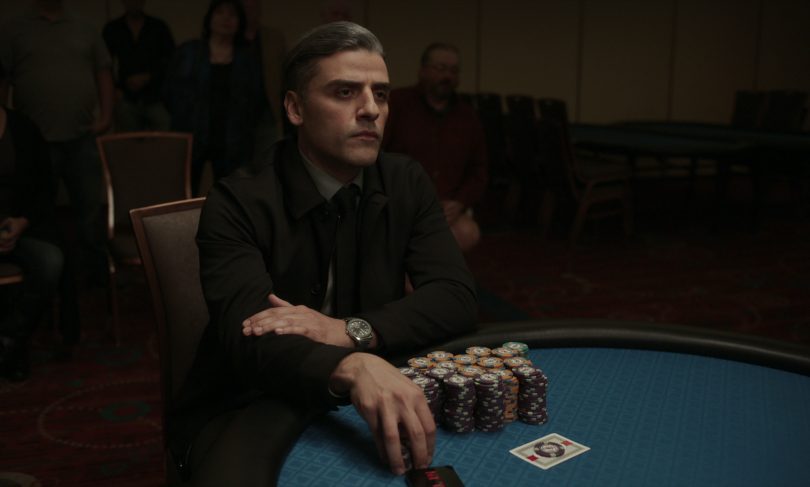 ‘The Card Counter’ is brutal, methodical, and every bit as captivating. Like most of Paul Schrader’s films, it can be a hard pill to swallow at times, but it washes down nicely with a good, stiff drink. ‘Dallas Buyers Club’ remains one of Matthew McConaughey’s finest performances of his career. The film is raw, emotional, and authentic, and will rock you to your core with its honest portrayal of humanity. 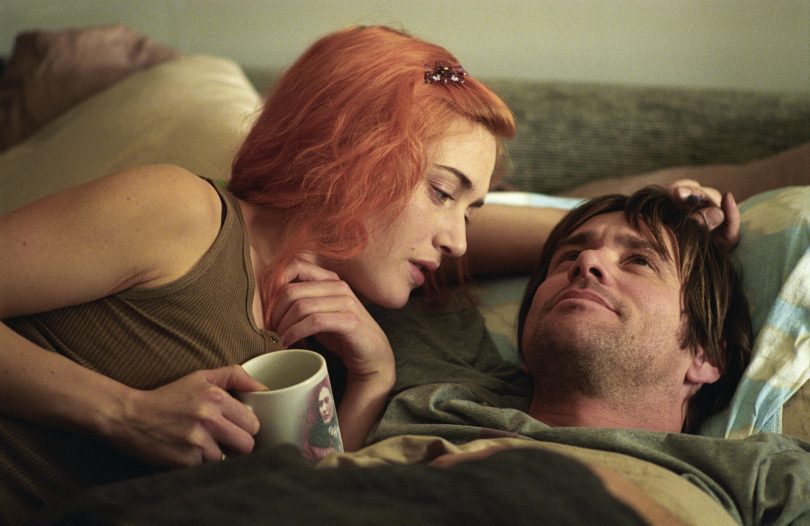 Wild, radiant, and unconventional in almost every way, ‘Eternal Sunshine of the Spotless Mind’ wows you from every direction. As bizarre as the film might be, its story on relationships and heartache hits home for everyone. 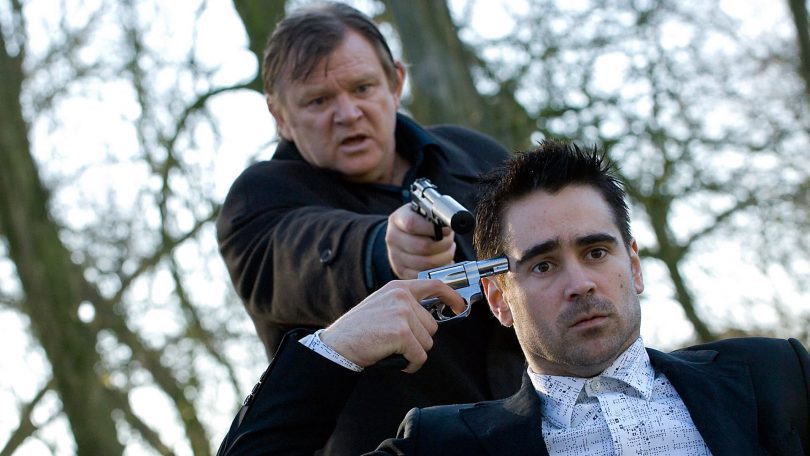 Dark and witty, ‘In Bruges’ will leave you choking from laughter. Colin Farrell and Brendan Gleeson take you on a wild roller coaster ride you won’t want to get off of. With surprises around every corner, there’s no escaping its brilliance. 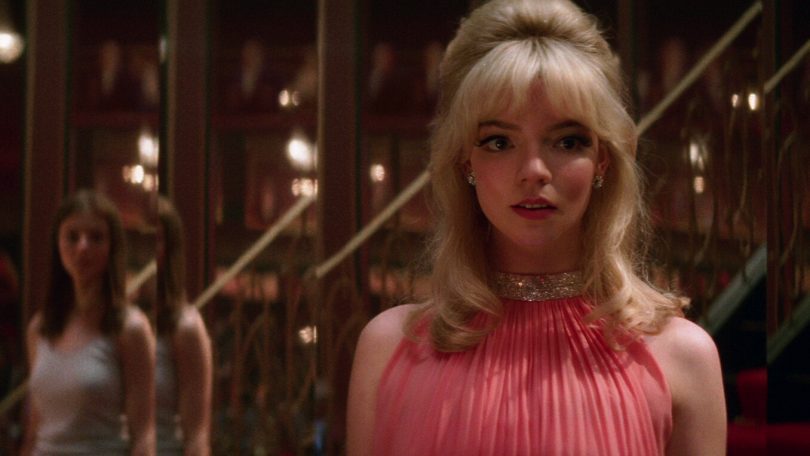 ‘Last Night in Soho’ is a gorgeous and haunting trip into the past. Captivated by beautiful cinematography and music, it’s a feast for the eyes and ears. Edgar Wright knocks it out of the park once again with his latest film. 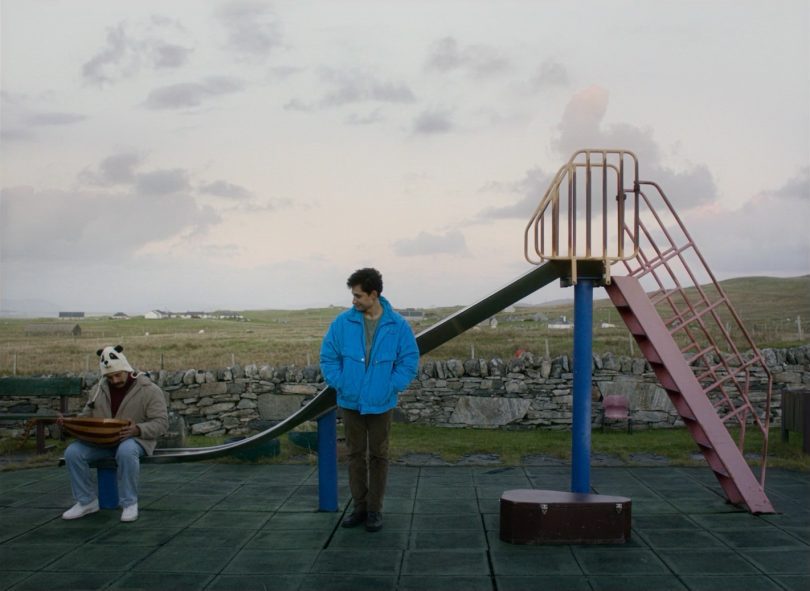 Absurdly hilarious one minute and heartbreakingly human the next, ‘Limbo’ delivers an honest and compelling story on the refugee experience. It’s a necessary viewing; one that will leave you with a better appreciation of the human spirit. 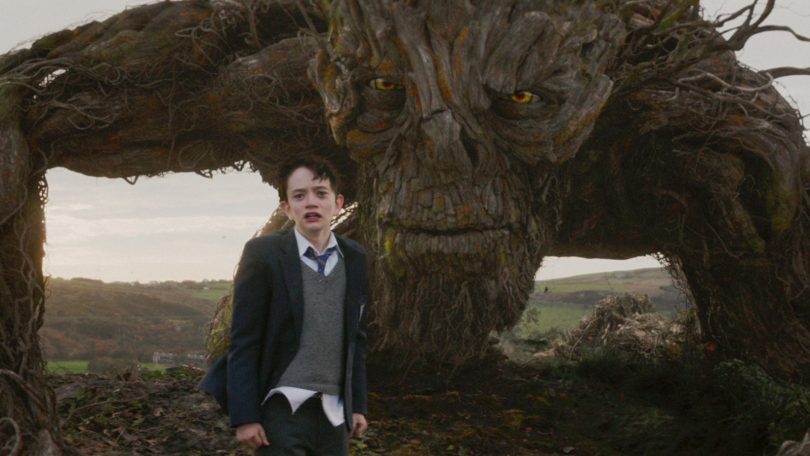 Don’t let its fantasy nature fool you, ‘A Monster Calls’ is a dark tale of coming to terms with life and death. It’s a coming-of-age tale about life’s hardships that is beautifully if not heartbreakingly expressed. Be sure to have a box of tissues next to you. ‘Never Rarely Sometimes Always’ is a powerful and emotional drama that really puts you in the shoes of a teenager struggling with getting an abortion. It can be a difficult watch, but Eliza Hittman’s compelling script keeps your eyes glued to the screen. 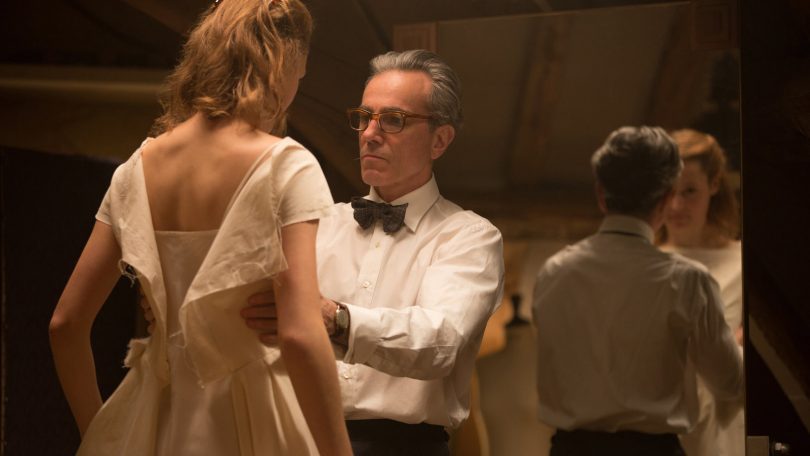 When Paul Thomas Anderson and Daniel Day-Lewis team up you’re always in for a treat. ‘Phantom Thread’ is no exception. In his final performance before retirement, Day-Lewis delivers another brilliant performance in this finely woven piece of film. ‘Pride & Prejudice’ is about as good as Jane Austen adaptations and period pieces can get. It’s the perfect film for romantics and as the feature film debut for Joe Wright, a wonderful introduction of things to come for the director. 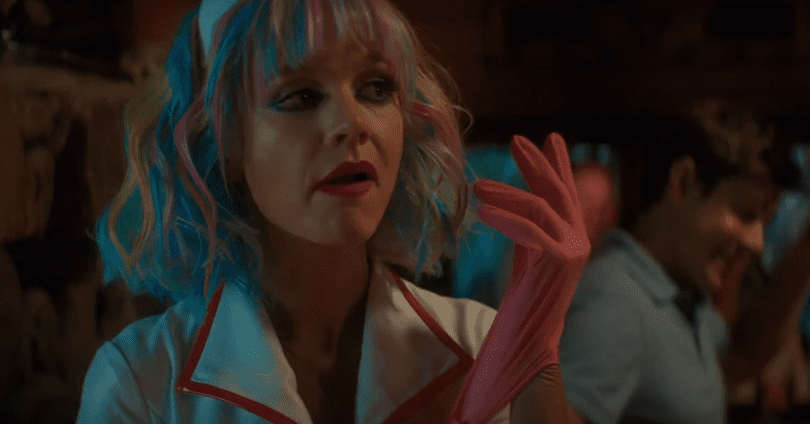 Emerald Fennell delivers a powerful and commanding film in her directorial debut with ‘Promising Young Woman.’ Carey Mulligan is a tour de force as a woman out for revenge. It’s an ambitious film that swings big and knocks it out of the park. 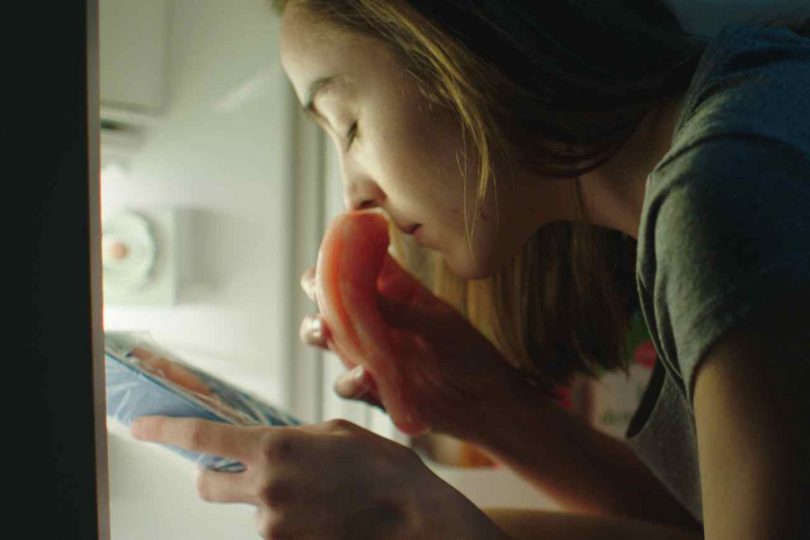 ‘Raw’ is not for the faint of heart. Just as the title suggests, the film is visceral and unsettling in its presentation. And yet at the heart of the film is an intimate exploration of emotions and love. Prepare to be horrified and intoxicated by this one. 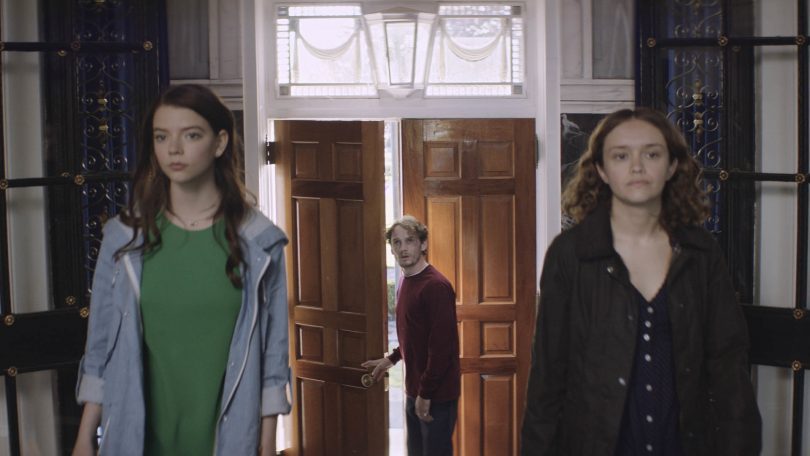 One of the last films of Anton Yelchin, ‘Thoroughbreds’ is a thriller that delivers on all fronts with hilarious dark humor and devilishly fun antics. It’s a smart, tight, thriller that captures you from the very first moments and never lets go. 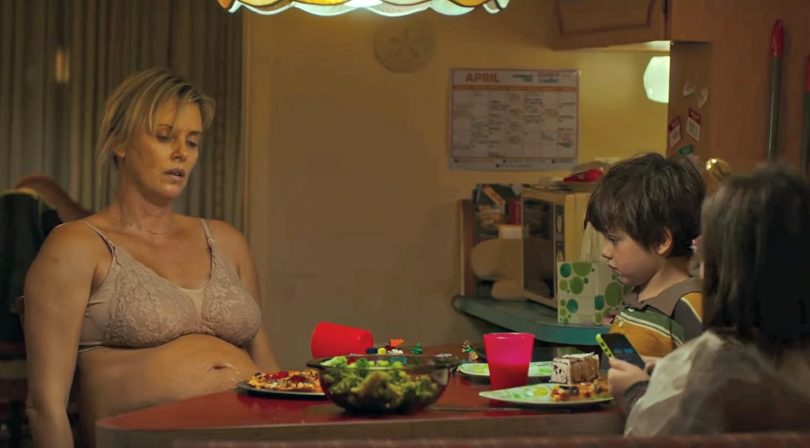 Motherhood has never looked so chaotic. ‘Tully’ does pull any punches as it showcases the highs and mostly lows of parenthood. And yet as crazy as it all is, the film still makes it something worth experiencing, thanks to a commanding performance from Charlize Theron. Zach Braff’s experimental Kickstarter film (of which I was a donor) ‘Wish I Was Here’ follows in the same vein as his previous film ‘Garden State.’ It captures that quirky, infectious energy he’s known for having, delivering one entertaining and heartfelt story. 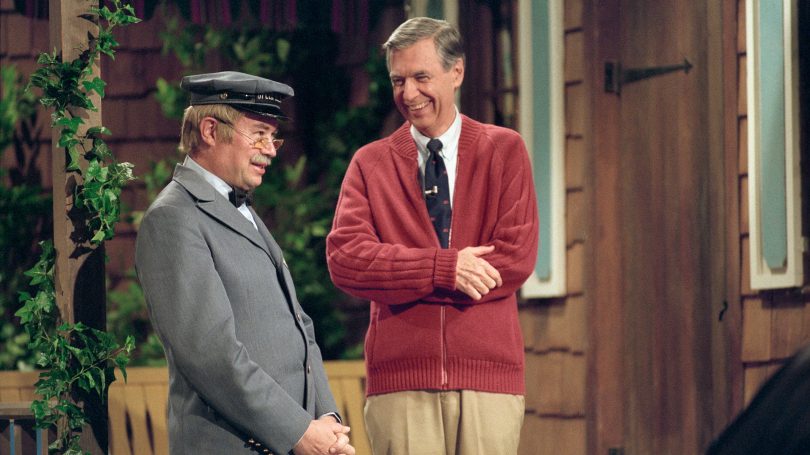 Everyone loves Mister Rogers, and no film captures his love and spirit more than ‘Won’t You Be My Neighbor?’ The documentary will leave you in a puddle of your own tears, but they’ll be happy ones. It’s impossible to not fall in love with Fred Rogers and what he contributed to society. The final entry in Edgar Wright’s Three Flavours Cornetto trilogy, ‘The World’s End’ is a wonderful blend of sci-fi, action, and comedy. The script is sharp, witty, and hilarious, with Simon Pegg and Nick Frost doing what they do best to make audiences laugh.