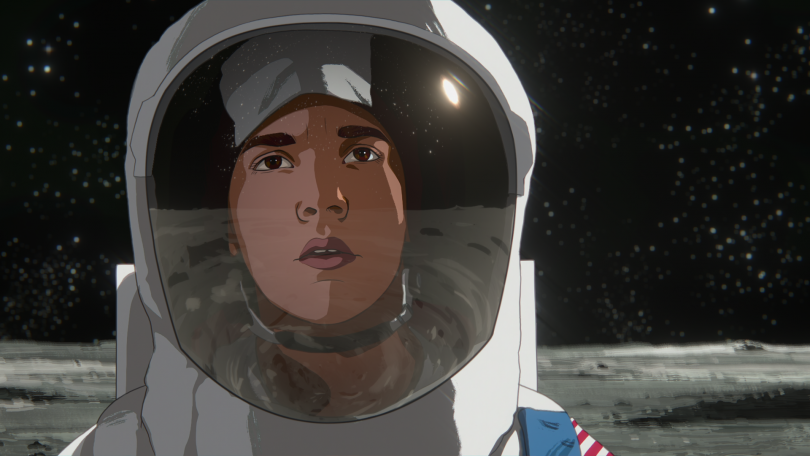 Netflix has released a new trailer for Richard Linklater’s new animated film, Apollo 10 1/2: A Space Age Childhood. The film is scheduled for release on April 1, and makes the director’s return to using rotoscope animation following 2006’s A Scanner Darkly.

Rotoscoping refers to a technique animators use where they trace over live-action footage, frame by frame, to create a more realistic animation. Portions of the movie were filmed in 2020. Inspired by Linklater’s own life, the film “takes you to the moon and back in this story about growing up in the 1960s in Houston, TX.” The film stars Glen Powell, Zachary Levi, and Jack Black. Check out the debut trailer below.

“After the years of work on Apollo 10 1/2, I think everyone involved is excited to take folks on these intermingled journeys – one a young astronaut’s trip to the moon, and another that runs hand-in-hand with him and his family in the suburbs near NASA,” says director Richard Linklater. “I wanted it to be many things at once: a re-creation, a fantasy, and a memoir of ephemera, and making a large portion of the film during these dark and unsettling last two years only sharpened our focus as to what were primarily trying to share in this story, namely the hope, optimism, communal spirit, and creativity of that time.”

Apollo 10 1/2 is set to premiere later this month at SXSW before its global release on Netflix on April 1, 2022.