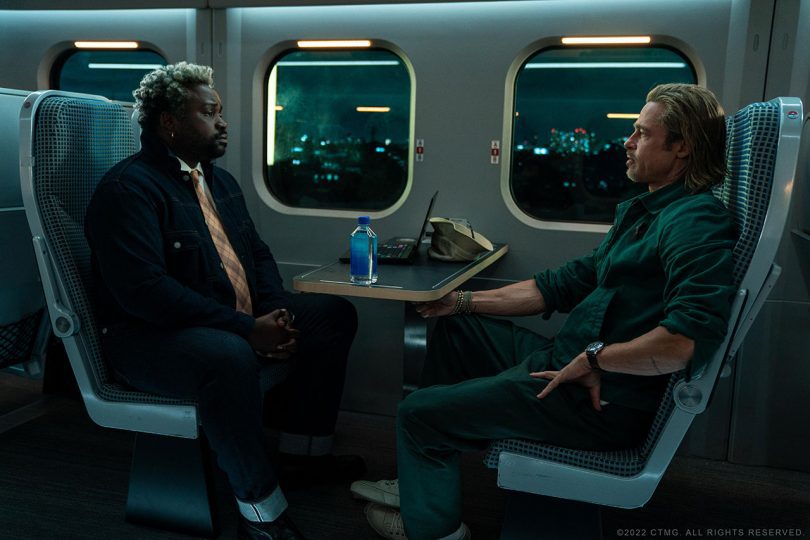 Sony Pictures has released the debut trailer for Bullet Train. Directed by David Leitch, the action film features Brad Pitt playing an assassin tasked with retrieving a briefcase from a train, unaware that the train carries a bunch of other killers who are all tasked with the same job.

According to the official synopsis, “An original movie event, Bullet Train is a fun, delirious action-thriller from the director of Deadpool 2, David Leitch. Brad Pitt headlines an ensemble cast of eclectic, diverse assassins – all with connected yet conflicting objectives – set against the backdrop of a non-stop ride through modern-day Japan.”