Home » Blogs » ‘No Exit’ Review: A Thrilling Mystery that will Chill you to the Bone 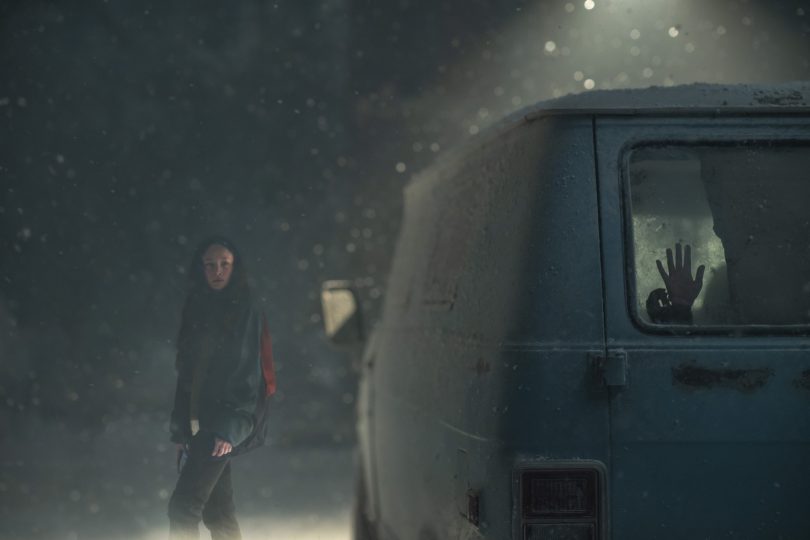 From its trailers, No Exit looks like your standard mystery thriller involving a group of strangers trapped in a room together with one of them harboring a dark secret. In this case, the secret is the kidnapping of a little girl. Half the fun of these films is deciphering the clues to figure out who the bad guy is before the reveal. And No Exit starts out exactly like that but then quickly evolves into something much more chaotic and chilling. It’s a rollercoaster ride full of twists, turns, and loops that always keeps you on your toes guessing. It’s as thrilling as films can get without reinventing the wheel.

Darby (Havana Rose Liu) is in rehab when she gets the call that her mother is in the hospital and that she might not pull through. Determined to see her, Darby breaks out of the rehab center and drives from California to Nevada to see her, but her trip is cut short when a massive blizzard forces her to spend the night at a welcome center alongside four other strangers. While out in the parking lot look for reception, however, she discovers a young girl tied up in the back of a van belonging to one of the other visitors. Not knowing who the van belongs to, she has to figure out who is trustworthy and who isn’t before it’s too late for everyone. 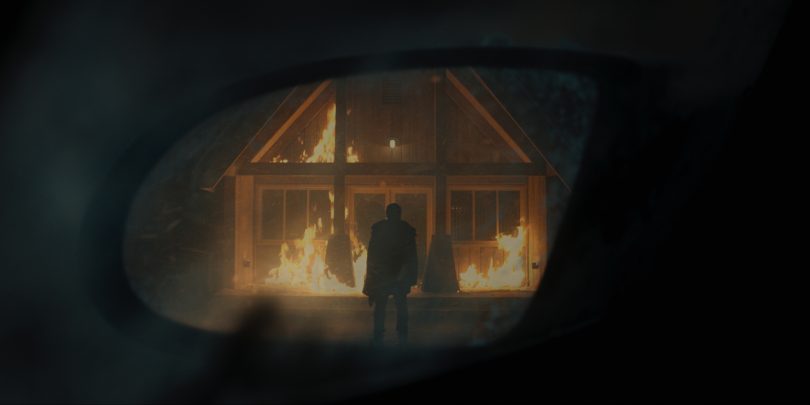 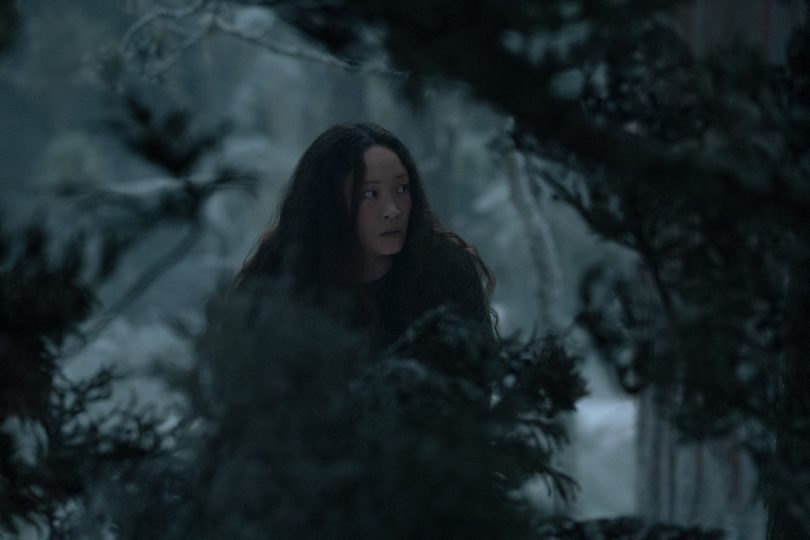 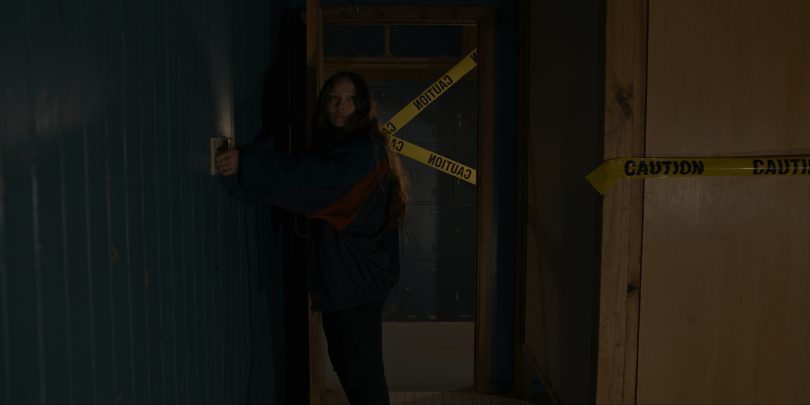 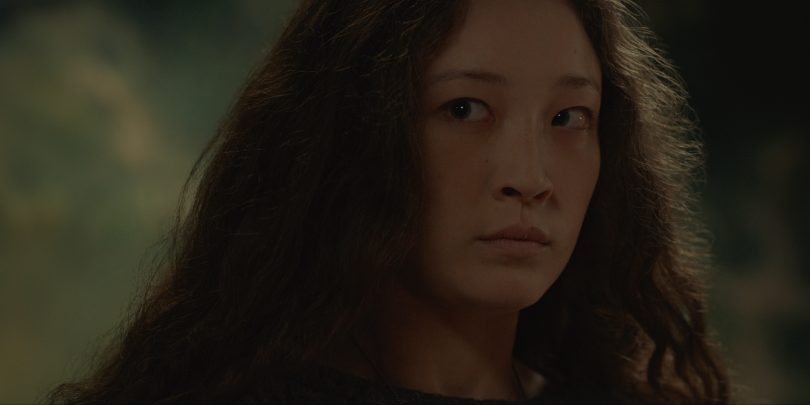 No Exit starts off like any other whodunit but quickly shifts into something else entirely. The early moments of the film definitely give off vibes similar to The Hateful Eight and The Thing; a bunch of people are trapped in one location and they can’t trust anyone. But the film quickly shifts into something else entirely. And by quickly, I mean fairly early own audiences learn who owns the van. The reveal of the kidnapper isn’t some mystery saved for the film’s final act. It’s merely a jumping off point for the next thrilling moment in its story. And yes, there are plenty of them. No Exit will shock and delight you with its twists, thrills, and chills.

The entire ensemble is cast perfectly as well. Havana Rose Liu, Danny Ramirez, David Rysdahl, Dale Dickey, and Dennis Haysbert all bring their unique talents to their characters. Everyone is a suspect, and each person brings a certain degree of suspicion upon themselves, some more obvious than the others. It’s necessary too because the majority of the film takes place in and around this small welcome center so all of the focus is on the characters and their interactions with each other. No Exit is a brisk 90 minutes, and no time is wasted.

No Exit might not doing anything exceedingly new, but it excels at capturing the best aspects of the genre. The performances fit the story, and the story delivers plenty of entertainment. Go into it knowing as little as possible and you’ll no doubt be pleasantly surprised. It’s a devilishly fun film that’ll have you constantly on the edge of your seat.

No Exit is a rollercoaster ride full of twists, turns, and loops that always keeps you on your toes guessing. It’s as thrilling as films can get without reinventing the wheel.