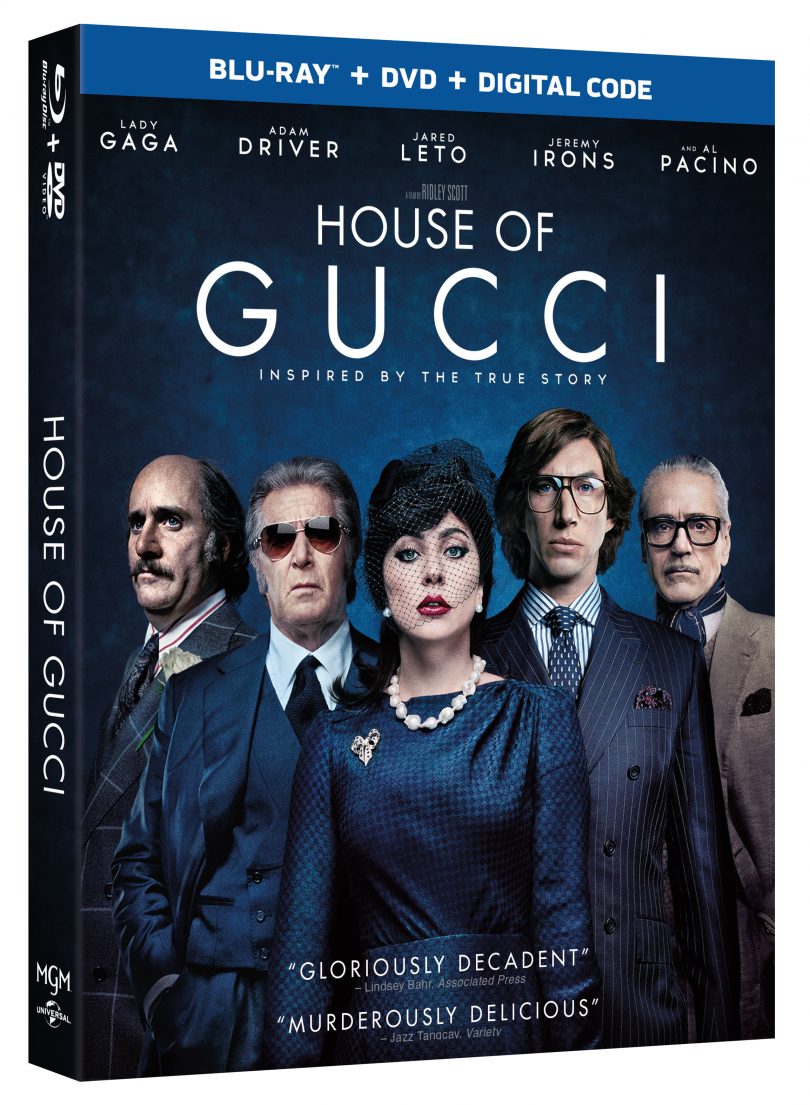 House of Gucci is now available to own on Blu-ray and DVD, and we are giving away a copy of the film to one lucky reader.

Shakefire is pleased to be giving away one (1) copy of House of Gucci on Blu-ray!

And that’s it! We will randomly select a winner from all eligible entries on Tuesday, March 1, 2022. Winner must reside in the U.S. to qualify.

House of Gucci is inspired by the shocking true story of the family behind the Italian fashion empire. When Patrizia Reggiani (Lady Gaga), an outsider from humble beginnings, marries into the Gucci family, her unbridled ambition begins to unravel the family legacy and triggers a reckless spiral of betrayal, decadence, revenge, and ultimately…murder.

The Blu-ray, DVD, and Digital versions of the film include the following special features: