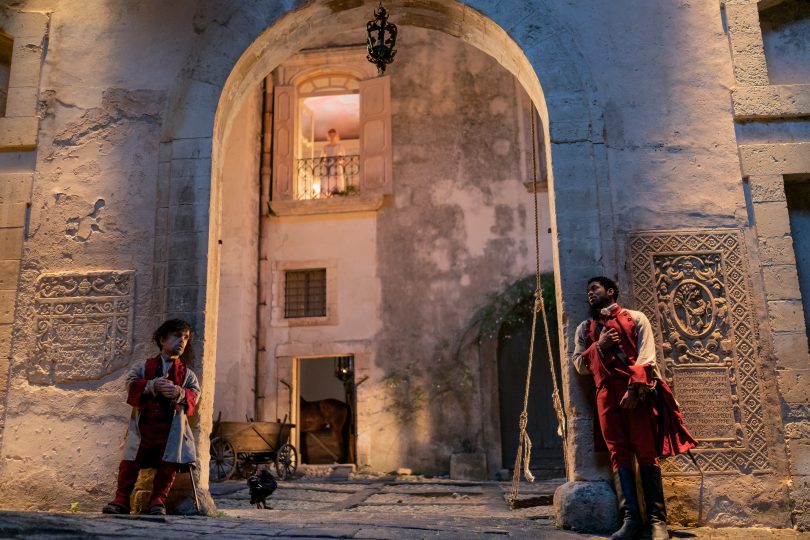 The tale of Cyrano de Bergerac has always been a tragic one. It’s a tale of unrequited love, the walls we build around our emotions, and how fear of rejection can cloud our happiness. For decades there have been various adaptations, both directly and loosely drawing from the source material, but Joe Wright’s Cyrano elegantly captures the heartbreaking nature of the original with its lavish language. Centered around an award-worthy performance from Peter Dinklage, Cyrano is a must-see romantic musical of momentous beauty and honesty.

For as long as he has known her, Cyrano (Peter Dinklage) has pined for the lovely Roxanne (Haley Bennett). But while he is gifted with the most eloquent speech, he fears that his looks are no match for Roxanne’s beauty and thus keeps his heart close to his chest. When she comes to him speaking of love at first sight with the handsome Christian (Kelvin Harrison Jr.), Cyrano takes it upon himself to feed Christian the words to win Roxanne’s heart. For a moment that seems to be enough, but as Christian and Roxanne fall deeper and deeper in love, his words aren’t enough to satiate what his heart desires.

Director Joe Wright is no stranger to period pieces but this is his first time delving into the musical space, and he does so with such gusto. Cyrano is a lavish, whimsical, and an all around emotional rollercoaster that rides straight into your heart. It’s a complex exploration of humanity and longing, one that Peter Dinklage and the entire cast beautifully convey through soliloquies, song, and unspoken expressions. For two hours, prepare to be dazzled and hypnotized by the film’s charm and heart. 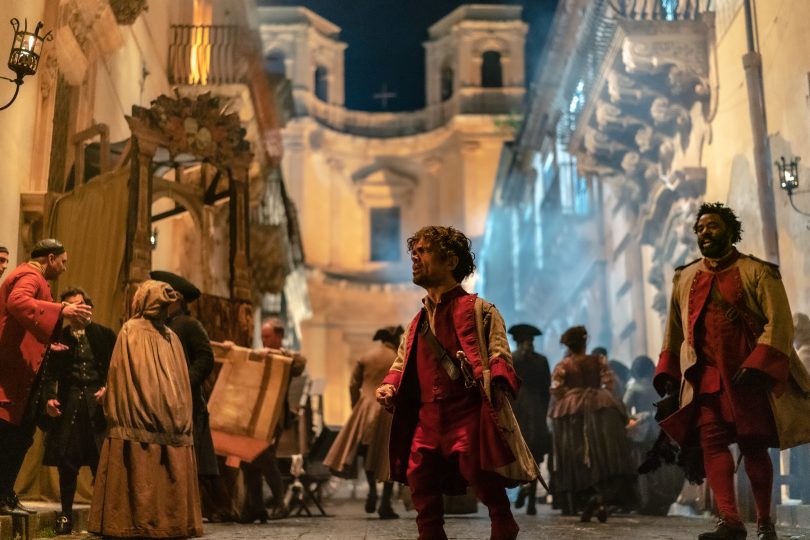 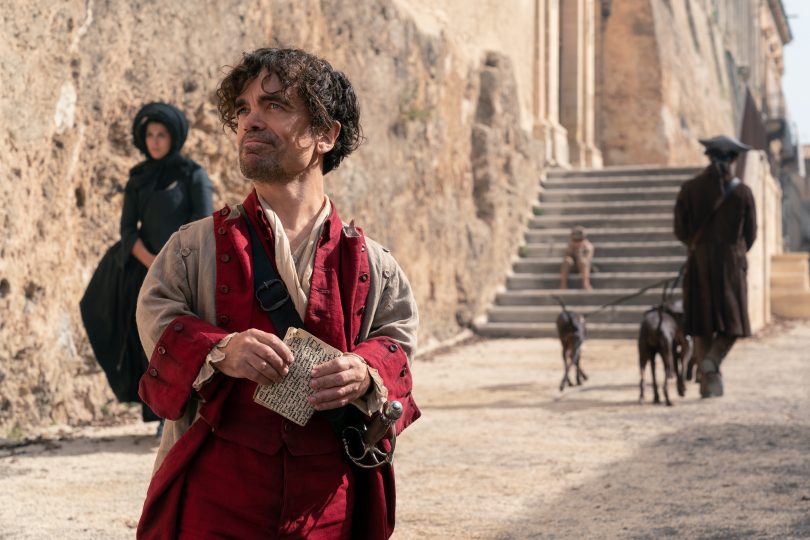 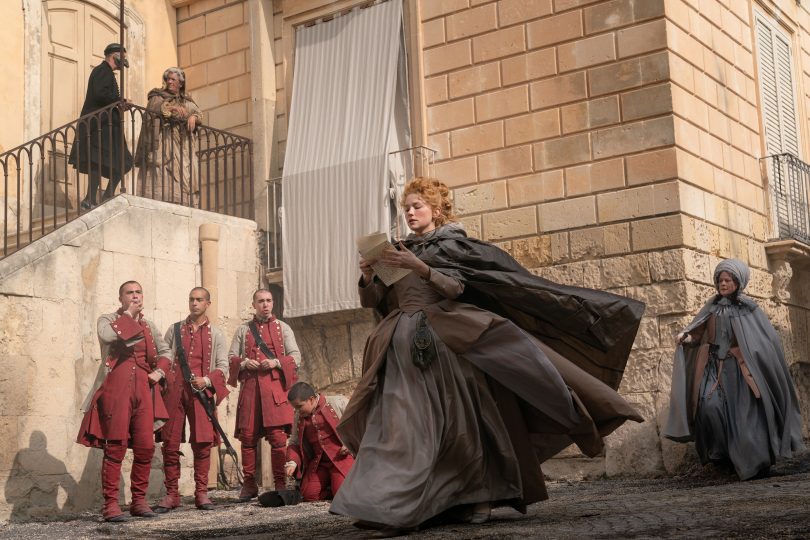 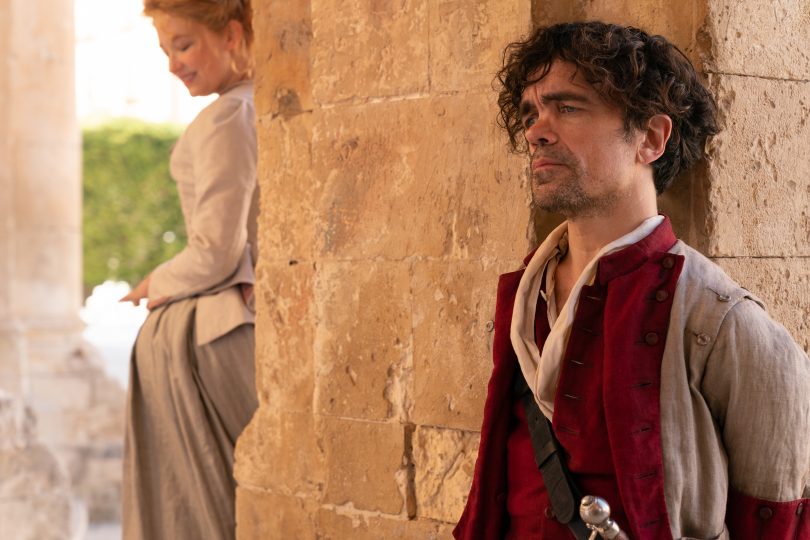 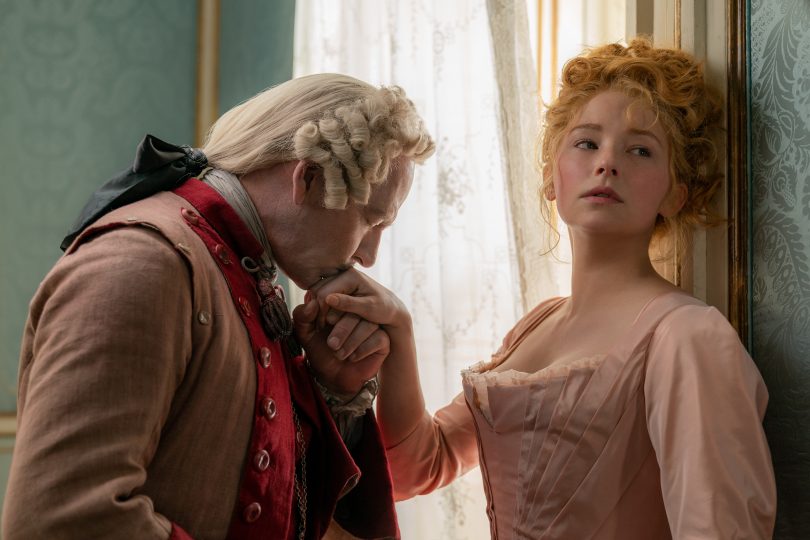 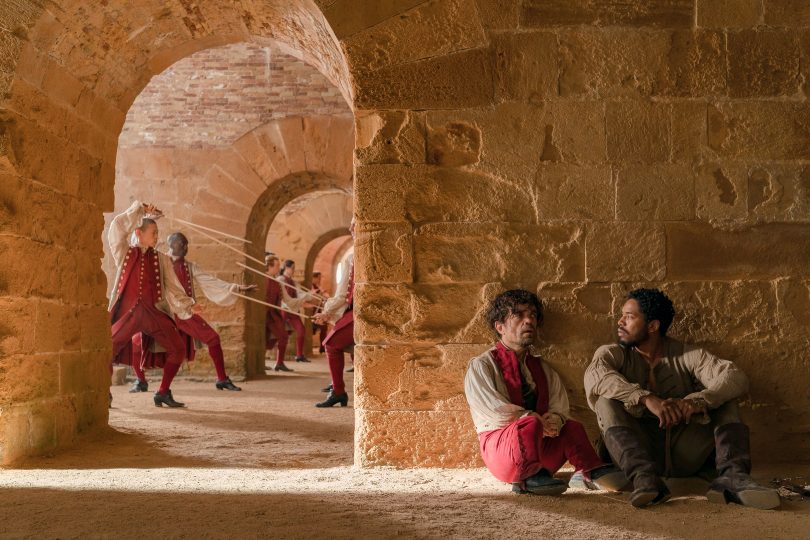 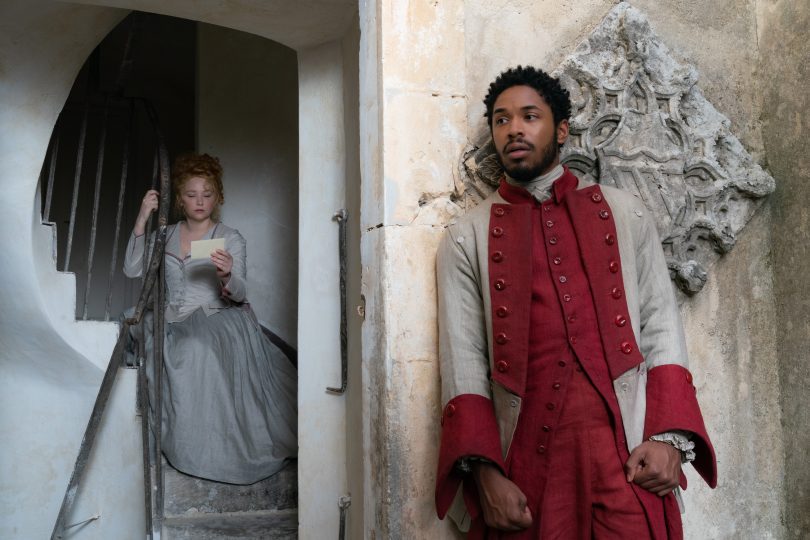 Dinklage delivers perhaps the best performance of his career as the compelling Cyrano de Bergerac. A soldier in the French Army, Cyrano is a formidable swordsman and duelist in addition to his silver tongue. To the outside world, he carries a confidence and bravado that is unmatched. And yet, when in the presence of Roxanne, you can’t help but see all of that melt away as every fear and anxiety rushes to the forefront. Dinklage elegantly dances between the two, putting on a show that always feels authentic and honest. Early on in the film, Roxanne reveals to Cyrano that she has fallen in love. At first she’s very coy about it, and Cyrano believes that she is talking about him. There’s an excitement and relief to his words. The moment she says something that definitely cannot be in reference to Cyrano you can see him piece it together in his head and his guard wall returns. Dinklage does this all with a few solemn glances, and it’s utterly heartbreaking to watch. The entirety of Cyrano is filled with these little moments like that.

Everyone, not just Cyrano, is shielded by their true emotions. Christian truly loves Roxanne but fears his words will fail him. Roxanne believes she loves Christian, although it’s Cyrano’s words that she truly loves; she just doesn’t know its him who is speaking. This constant back and forth between emotions can be both exhilarating and exhausting. Sometimes you just want to scream at everyone to be their true selves, but at the same time Wright is able to convey that doing so it never such an easy task. Judgement is constantly clouded, and sometimes it doesn’t clear up until it’s too late.

Moving on from the performances, the musical numbers in Cyrano are absolutely stellar as well. Composed by The National’s Aaron and Bryce Dessner, every song carries through the emotional weight of the person singing. “Wherever I Fall” in particular is hauntingly beautiful. Each song, however, strikes a specific emotional cord in the heart. It’s an absolute travesty that none of them garnered an Oscar nomination because any one of them has the potential; they’re all that good.

Speaking of that good, Cyrano is one of the best films of 2021 and now that it’s hitting theaters it’s an absolute must-see. Everything from the performances to the cinematography to the music is top caliber. This may be Joe Wright’s first musical but hopefully it will not be his last.

For decades there have been various adaptations, both directly and loosely drawing from the source material, but Joe Wright’s Cyrano elegantly captures the heartbreaking nature of the original with its lavish language. Centered around an award-worthy performance from Peter Dinklage, Cyrano is a must-see romantic musical of momentous beauty and honesty.