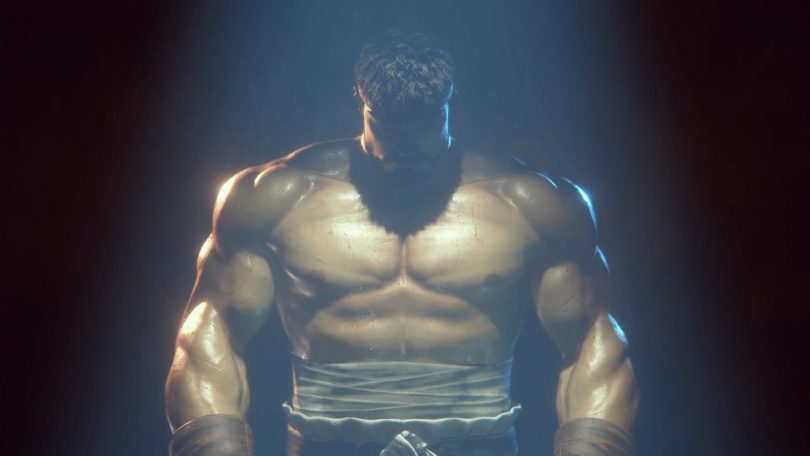 Yesterday was the last day of the Capcom Pro Tour Final Season, and the event went out with a bang with the reveal of the next game in the Street Fighter franchise. A 39-second teaser of Street Fighter 6 features Ryu standing face-to-face with Luke. Sweat and steam can be seen wicking off their bodies, muscles bulging as they gear up to face one another. And that’s it.

Ryu has been the face of the Street Fighter franchise since the beginning, but Luke is a relatively new character. He was introduced in the fifth season pass for Street Fighter V: Champion Edition and was the final playable character announced for the game. In his character reveal, Capcom stated that “Luke will be a major part of the next Street Fighter project, so we hope you are excited to get your hands on him.” No doubt the developers have big plans for Luke by putting him in the announcement trailer for Street Fighter 6 and having him face off against Ryu.

Street Fighter 6 is officially in development, and fans can expect more news to drop Summer 2022. For now, you can head over to the official Street Fighter 6 website and watch the trailer.