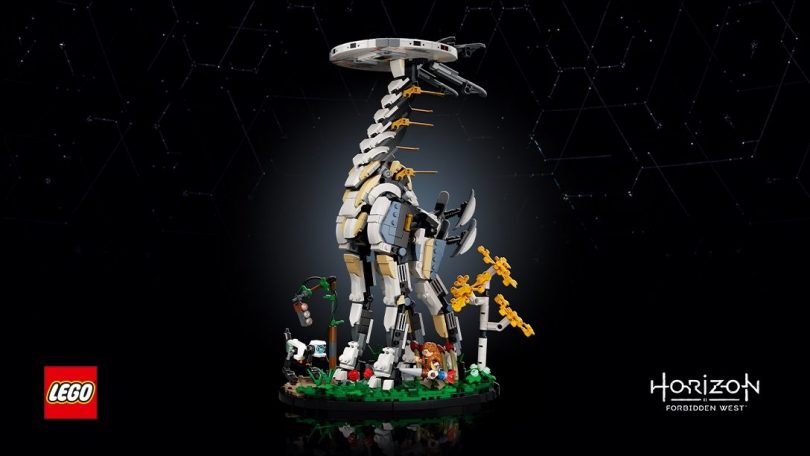 The LEGO Group is teaming up with PlayStation and releasing a Horizon Forbidden West LEGO set of the video game’s iconic tallneck.

As its name suggests, tallnecks are some of the tallest creatures in the game and the LEGO set stands at over 34 centimeters (13.5 inch) high. Also included in the 1,222 piece set is a Alloy minifigure and a Watcher build. The set will be released in May 2022 and will cost $79.99.

Horizon Forbidden West is the sequel to 2017’s Horizon Zero Dawn and will be released on Friday, February 18th.