Home » Blogs » What is the Superman Theory 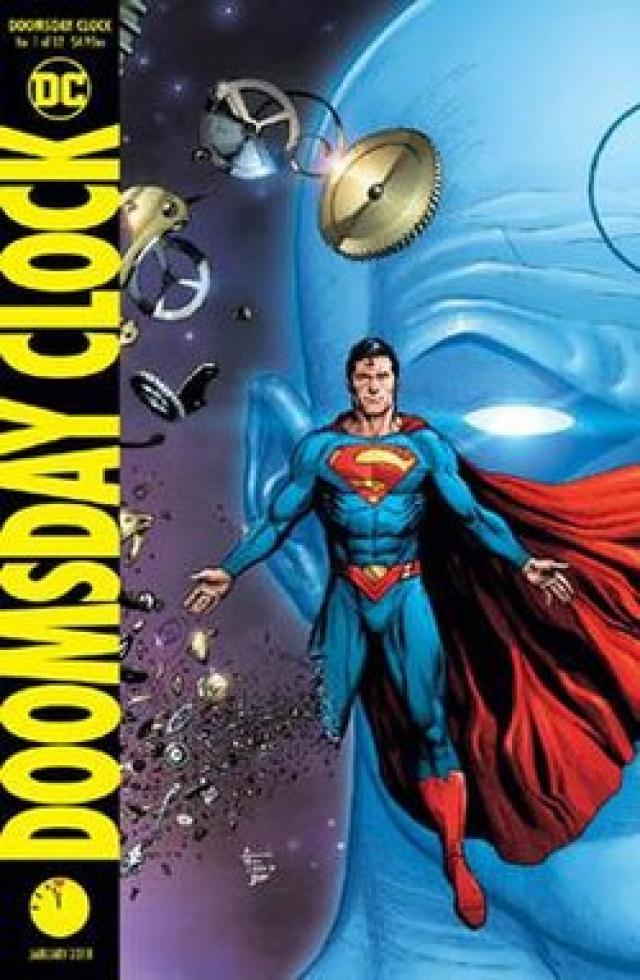 What is the “Superman Theory”?

This is a in-story theory that was introduced by Geoff Johns and Gary Frank in issue #2 of Doomsday Clock. The theory is that the meta-humans were created by the American government. Before Superman arrived on Earth, or as I take it, before he made his appearance as Superman, there were no superheroes or supervillains. After Superman came out there suddenly was a large number of them. So, the theory is that the government started to create the metahumans and giving them roles as either a hero or villain.

Seems like a farfetched idea, especially being that we as the reader know that for the most part that the government doing that isn’t true.

Think about it for a second.

Still don’t think it can happen?

Of course you are because you are saying that Batman wasn’t created by the government because he became Batman because of his drive from his parents murder. The Flash also wasn’t one given the powers because he got his powers from a lightning bolt and Green Lantern got his from an alien. Wonder Woman is a god that technically was around long before Superman, Captain Cold is someone that built his weapons, Constantine is magic, Shazam got his magical powers from a wizard, Bizarro is from an another planet, Bane is juiced up, the Atom is science, Booster Gold is science from the future, and so on with pretty much all of them. They all have their own stories on how they got their powers, either by an accident, someone giving them to them, or by creating them.

We know all this and we do know, for the most part, that the “Superman Theory” isn’t true but that’s only because we are the readers. If you think in real world thoughts where if this was your world that you was living in then you wouldn’t have all the information that you do as a reader. You would get the newspapers, the televised news, and news off the internet and social media. What you know is what you have been given and you can easily question it.

So, someone suddenly appears being able to run so fast that he can travel the world in seconds. We don’t know how he got his powers and he’s not telling. Now there’s suddenly a villain that has similar powers that has to be fought by the first one. How did this villain get his powers? Where did that villain come from?

It’s easy to see how people would think that the government was creating these people with powers when you have no other information other than the news headlines saying there was another fight. Add in that 97% of the metahumans in the DC Universe are from America and are in America, then that theory just grows. Why don’t the rest of the world have more metahumans? What makes America so special that it gets 97%? That’s a huge number and basically at that number you might as well say they have them all.

This “Superman Theory” is easily believable considering that in our actual world there are still people that believe the Earth is flat and we never went to the moon. Now the question will be where is Geoff Johns leading this theory to? It seems like there might be a metahuman race war coming for the DC Universe and one of the people either helping it or hurting the metahumans is Dr. Manhattan from the Watchmen. But I won’t get into that because this was just to talk about the “Superman Theory” and how it could be believable.