Home » Blogs » ‘The Hate U Give’ Review: A Piece of Cinema that Cannot be Ignored 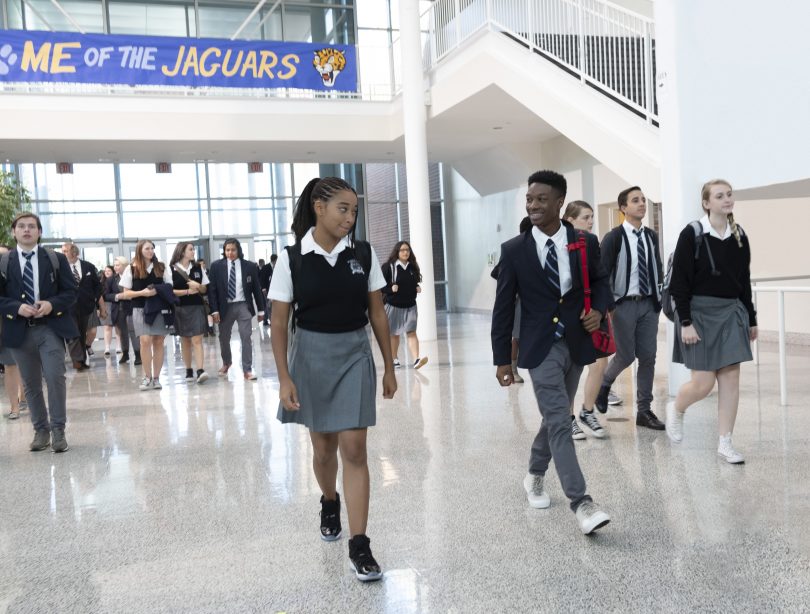 Braiding reality to a journey of empowerment and self discovery, The Hate U Give is an exceedingly powerful book. When you put these pages to screen, stock the cast with talented actors, and a well balanced script you achieve a piece of cinema that cannot be ignored.

Starr Carter’s (Amandla Stenberg) nights and weekends are spent in Garden Heights where lack of opportunity can push good people to make less than legal decisions to survive. Starr’s school days are spent at the nearly all white Williamson Prep where she has to code switch and manage herself to make sure she’s approachable and not viewed by her classmates and teachers as “ghetto”. Shifting between these worlds can be exhausting and leaves little room for Starr to be her Harry Potter, 90’s sitcom, Jordan sneakers loving self.

When she reunites with childhood friend Khalil (Algee Smith) at party, the night unexpectedly ends in terror when he is shot and killed by a white police officer. In the aftermath Starr struggles with how she should respond and how others will interpret her response. As the case heads towards a grand jury Starr’s internal struggle intensifies as her worlds begin to blend and bleed in stressful and unanticipated ways. She has to decide if she will live up to her name and shine her light in the darkness.

In such an environment it is easy and justifiable to break, to feel completely without hope that anything could change. You cannot be strong all of the time, we are only soft bellies and bleeding hearts and at some point something has to give. But you can’t drown. You can’t stay under with your spirit starving. How do you find your back to the surface? How do you find value in your voice when you have been told that only your silence is desired? How do you find that energy required to break the waves and call for what is right? When you have to balance between worlds how do you find your own power?

There are many well worn traps a film like this could have fallen into. It could have easily been too “after school special”, preachy, or revel in supposed misery of poor Black people, complete with a white savior. However, unlike many films that attempt to discuss race, That Hate U Give successfully tightropes between tension and humor while utilizing nuance to humanize the story of Starr Cater and the black community of Garden Heights.

We see this nuance reflected in Starr’s father Maverick (Russell Hornsby) is muscled, heavily tattooed felon who once worked for the largest drug gang in the city, but is now a small business owner who loves his family and teaches his children how not to take the path he took. Ieasha (Karan Kendrick), Khalil, and even gang leader King (Anthony Mackie) are more than how others are determined to see them. It is this deft use of nuance that shows these characters are loved as humans and not projected onto as objects for discussion.

The performances are virtually flawless. Every actor involved is clearly connected to the characters and what their motivations are. They disappear into their roles so completely I was heard audience members asking, more than once, if this was based on a true story. Russell Hornsby and Regina Hall are moving as Starr’s parent and Amandla is absolutely stunning. Her conflict, her rage, and her love radiate from the screen in what should be an award winning performance.

There were many tears shed as the content can be very triggering, but this film also holds space to process the emotions that come with that violence. Starr’s emotions are our own and we work through them with her. Black girls, black women, and black people will get to see themselves be vulnerable and strong and inspire in a way YA films have never done before.

Braiding reality to a journey of empowerment and self discovery, The Hate U Give is an exceedingly powerful book. When you put these pages to screen, stock the cast with talented actors, and a well balanced script you achieve a piece of cinema that cannot be ignored.