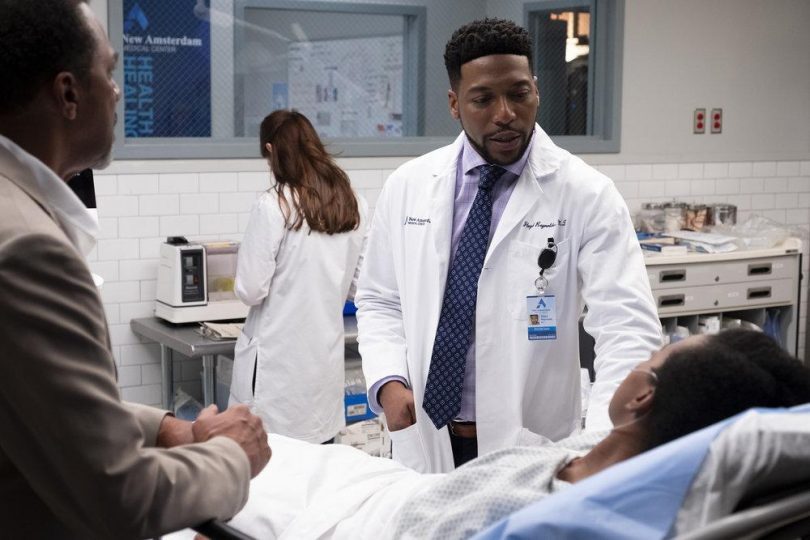 Many people may recognize actor Jocko Sims from his role on The Last Ship, but he’s dropping the Lt. for a Dr. in NBC’s newest medical drama New Amsterdam. He stars as Dr. Floyd Reynolds, the lone remaining member of the cardiac surgical department following a massive firing by the new medical director. We sat down with Sims to talk about jumping into his new medical role and about what sets New Amsterdam apart from all the other medical dramas that have been on television.

What attracted you to New Amsterdam and this role?
Jocko Sims: Well first of all I’ve always been fascinated with the idea of science and being a doctor. When I was in high school I wanted to be a doctor, or a dentist. I had a medical symbol on my high school ring; that’s how serious I was about it. I got to college; I went to U of H in Houston my first year, and I realized I didn’t want to be in school for the next 12 years so let me find something else. I always had a little bit of an acting bug and some creative music something so I took a theatre course, fell in love with it, moved to Los Angeles, took theatre for five years, got my degree in theatre, went on my first audition and booked it! That’s when I knew that this was what I was supposed to do. Now since I started acting – it’s been 16 years now professionally – I’ve wanted to play a doctor. It’s sorta come full circle. It took about the same about of time. So for me, even though I’ve played a lot of roles, this one is the most special because it’s the nearest to my heart and what I’ve felt like I wanted to do in real life.

By playing a doctor at the hospital, what’s it like from your point of view being inside as opposed to people outside who might not know what it’s like running this kind of operation?
Sims: The writers make it a point that we put things in there that have blown their minds in the process of getting to know what it’s like being on the other side. For example, I didn’t know that you can negotiate your medical bill at a hospital? Did you know that? And also Congress made it illegal for them to tell you the price of something. Like if you have to go somewhere to get new tires, you get to compare different price of tire shops. They don’t want you to do that at hospitals. Before you have a surgery they’re not going to really reveal to you the price. It’s these little things we’re kinda sneaking out, and if you pay attention to everything we’re saying we’re actually informing you to what’s going on.

I would say that the basis for that is the fact that this show is based on a true story. It’s based on a book by D. Eric Manheimer who was the medical director at Bellevue Hospital in New York for 15 years. He went in there, and he saw how broken the system was, and he did what you saw in the first episode when he fired the whole cardiac surgical department. He did that. He went in there and tried to shake things up.

Do you feel like you’ve been getting any backlash from the medical industry for doing that?
Sims: It’s been quite the opposite. They have the same gripes; the things that we’re talking about and addressing. I went to Kings County Hospital in Brooklyn and showed the pilot three times. We went to Bellevue, the actual Bellevue where our show is based on. We showed it at different hospitals in New York and in Boston. It’s almost like I’m in a church. I’ll get up and speak and say a little bit about what our goal is and how it doesn’t matter what side of the political spectrum you’re on, everybody in America generally believes that we should have healthcare. They go to clapping and it’s because their hands are tied in the medical business. Their hands are tied; it’s like they’re in handcuffs. They can’t care for you the way they want to care because of all the bureaucracy and all the red tape. We’re inspiring people. Our mantra in the first episode is, “How can I help? How can I help?” We showed it at Bellevue and the medical director and the CEO of Bellevue got up and said, “This is what I want you guys to take from this? I want you to be inspired so that we can do this.” So it was almost like it was starting to happen all over again because we were there telling this story. They’ve been insanely supportive and thankful. 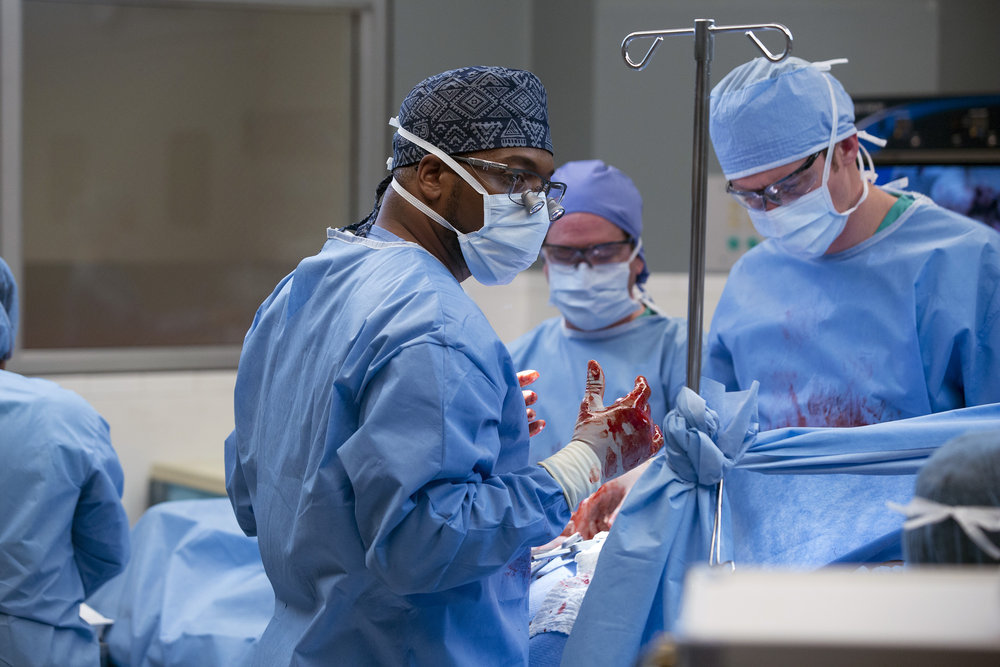 You said you wanted to be in the medical field, but as an actor what kind of preparation did you do for this role? The show is very heavy on the medical terminology. Did you follow any surgeons around or what did you do to prepare?
Sims: Luckily I didn’t have to know this stuff already, and that’s our job as an actor is to take on the role and immerse yourself the best way you can. Fortunately enough the producers were able to align each of our characters up with the real person who we represent. New Amsterdam is supposed to be Bellevue. Little history, New Amsterdam used to be the name of New York, too, and Bellevue was the first public hospital in New York. That’s why they chose that name.

That being said, I got to be paired up with the head of the cardiac surgical department at Bellevue and her name is Dr. Norma Keller. She’s an amazing individual. She saves hundreds of lives, if not thousands. I didn’t want to take too much of her time when I interviewed her because obviously she has important stuff to do. I asked her, I said, “What troubles you the most about your job and your experience?” She said the staff, being short-staffed. I shared that with the writers and now they’re incorporating that into the storyline; the difficulty of rebuilding from the ground up and being short-staffed. I got to be paired up with her. Whenever I’m performing a surgery, all the people that you see there in the scrubs that look like assistants and nurse, those are actual surgeons and nurses right there undercover. No pressure for me to get it right, but they’re right there. They’re helping us with the jargon and making sure…I have a surgeon right next to me every scene. His name is Dr. Jeff. He’s been at Bellevue 27 years, open heart surgeries, and he don’t let me get away with nothing. So yeah, we make sure we do whatever we can to get it right.

There have been quite a few medical shows. What do you feel like you guys are doing to stand out?
Sims: As I touched on, what makes this show different from the rest of them is the fact that this is based in reality and based on a true story. Dr. Eric Manheimer was that guy at Bellevue; he’s the medical director. The character that is inspired by the real person is Max Goodwin, played by Ryan Eggold. Pretty much a lot of the things you see on the show have really happened. If you saw the first episode, he was diagnosed with cancer. Dr. Eric Manheimer, who’s still with us today, spoiler alert, was diagnosed with cancer. He went in there and cleared out old departments. He tried to get them to rethink the way they did things. Dr. Iggy Frome is the child psychologist on there. I don’t know if you remember the troubled teenager he was dealing with. Well, Dr. Eric Manheimer based that character on a real girl who he still has a relationship with. That’s what makes this stand out. If people are aware of the fact that these are real stories, it sorta changes the game out of the gate. It’s not like you have a couple of doctors hooking up in the storage closet. We’ll have some of that, but we’re trying to lowkey change the country. That’s what makes this special.