Home » Blogs » ‘I Want You Back’ Review: A Feel Good Romantic Comedy Classic

Valentine’s Day is right around the corner and with the holiday comes an influx of romantic comedies. I Want You Back is as straightforward as the title suggests, following two people who get broken up with who team up to devise a plan to get their exes back. It’s a fun, feel good romantic comedy with some truly heartfelt moments. While it doesn’t revolutionize the genre in any way, the film delivers an satisfying and entertaining story with a wonderful ensemble cast. The chemistry couldn’t be better.

Peter (Charlie Day) and Emma (Jenny Slate) are both in their 30s and both have been broken up with by their partners, Anne (Gina Rodriguez) and Noah (Scott Eastwood). After encountering each other crying in the stairwell in the same building where they work, the two spark up a friendship and hatch a plan where they each will infiltrate each others ex’s lives and sabotage their new relationship. That’s easier said than done however.

I Want You Back features the likes of Charlie Day, Jenny Slate, Gina Rodriguez, Scott Eastwood, Manny Jacinto, and Clark Backo. With such a packed cast it can be easy for the film to get away from itself, but the script does a great job at elegantly weaving in and out of the various relationships and drama. Typically with breakup movies there’s a good guy and a bad guy. With I Want You Back, everyone seems reasonable and levelheaded. Relationships are difficult, and sometimes they just don’t work. Sure, the film follows plenty of the stereotypical tropes associated with romantic comedies, but at its heart is a fun and humorous film about moving on. 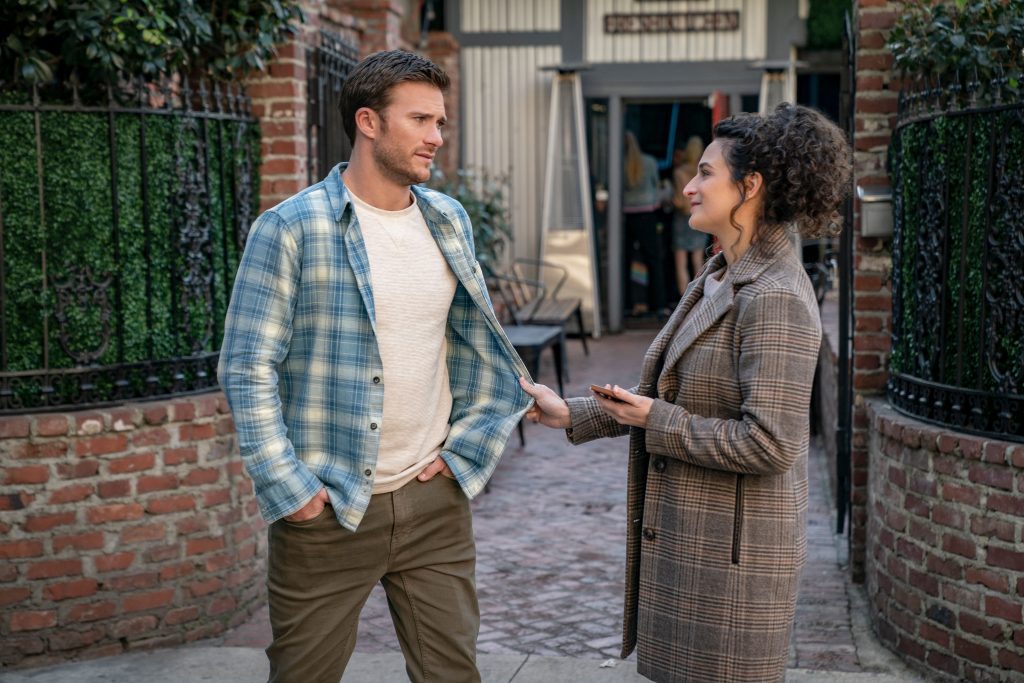 As good as everyone in the film is, it’s Jenny Slate who excels and stands out the most. To infiltrate Charlie Day’s ex’s life, she volunteers at  the middle school she works at working in the drama department with her new boyfriend. By accident she connects with one of the students and ends up teaching him life lessons everyone needs to hear like how adults have no idea what they’re doing and they’re just trying to find their way through life like everyone else. In between the humor and ridiculous situations, I Want You Back will just casually drop these little quotes of truth. Slate also has the best moment in the film where she gets roped into performing “Suddenly, Seymour” from Little Shop of Horrors on stage. It’s a strong and powerful moment for her character and Slate absolutely kills it, both in singing and performing.