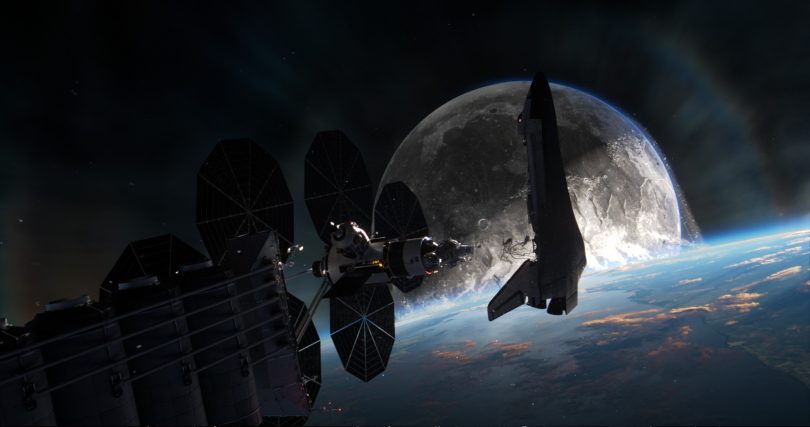 No one does disaster movies quite like Roland Emmerich. Independence Day, Godzilla, The Day After Tomorrow; the director likes to see society get destroyed. Moonfall is exactly what you would expect out of the genre, for better and for worse. It’s a rocket shot into space with no consideration for any of the logistics. It aims for the moon, but misses its mark. Granted it looks good while doing it. Moonfall has gorgeously breathtaking visuals but also a headache inducing story, making it quite the beautiful disaster of the year.

In 2011, astronaut Brian Harper (Patrick Wilson) is fired from NASA after a mysterious and catastrophic event in space kills one of his fellow astronauts, and he is forced to take the blame. NASA claims it could have been a solar flare or something similar, but Brian knows that what he saw wasn’t any natural phenomenon but something extraterrestrial. 10 years pass by, and the world moves on. That is, until the orbit of the moon suddenly shifts. Now all eyes are towards the sky as the moon moves closer and closer to the earth, causing massive tidal waves and wreaking havoc on the natural order of the planet. Whatever Brian saw a decade ago has returned and is using the moon against all of humanity.

Moonfall‘s plot is about as ridiculous as they come, feeling like it was taken directly from an episode of Ancient Aliens. The unbelievability of it all isn’t the problem, though. The problem is that the film doesn’t devote enough time in any aspect to make you care one way or the other. Half the film is spent in space with Brain Harper, his co-pilot Jo Fowler (Halle Berry), and conspiracy theorist K. C. Houseman (John Bradley) as they travel to the moon to deal with this alien problem, while the other half is spent on Earth with their loved ones as they deal with the repercussions of the moon being so close. The film struggles to make you care about any of these people. It doesn’t devote enough time with them and any interactions between them are so brief. 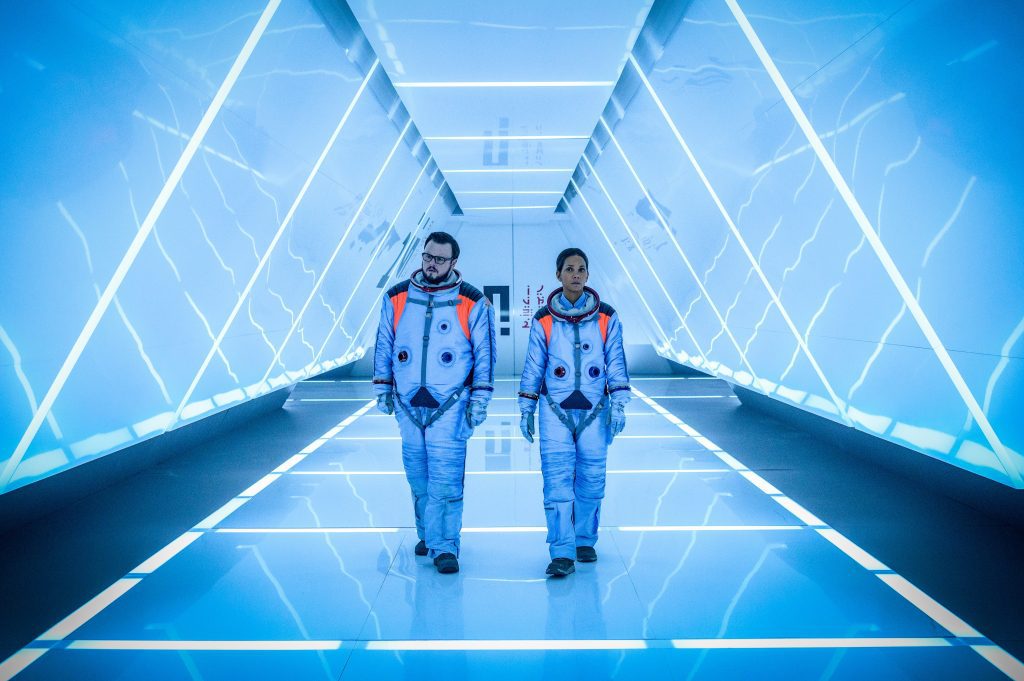 Everything wild that happens on Earth can be attributed to gravity, and Moonfall makes situations all too convenient when the moon is in perfect alignment for something to happen. We’ve lost one of the engines on our rocket? Let’s use the moon’s gravity. This tree is too heavy to lift off someone? Here comes the moon again. The gap is too far to jump. Guess, what? Moon gravity. It’s downright hilarious at times how often the moon is there to help everyone when they’re in desperate need.

Things go absolutely bonkers in the third act as Brain and the crew reach the moon and discover the source of what’s causing it to fall into the Earth. I won’t go into spoilers, but the reveal feels more like a quick exposition dump rather than anything interesting or cool. It is rushed but easily accepted because everything else is so ridiculous. So sure, why not accept this too. Moonfall is a wild ride that you can’t get off of so you might as well enjoy it.

Thankfully the single good thing about the film is it’s gorgeous sci-fi visuals. The way the moon hovers largely over the horizon, its impending doom inching closer every minute, is awe-inspiring. The scale of everything is perfect. Tidal waves, comets, and the moon itself look and feel threatening. Perhaps a little too much, to be honest. The amount of damage that occurs in Moonfall makes you wonder even if they’re able to restore the orbit of the moon will it be too late to recover? Just don’t think to hard about it or anything else about the film for that matter.

Moonfall lives up to its genre, but not in a good way. It’s a disaster of a film that goes out in glorious fashion. Beautiful CGI can only take a film so far, however, before it inevitably comes crashing down like the moon itself.  If only the story was as captivating as its visuals, then maybe Moonfall could have stayed in orbit.

oonfall is exactly what you would expect out of the genre, for better and for worse. It’s a rocket shot into space with no consideration for any of the logistics. It aims for the moon, but misses its mark. Granted it looks good while doing it. Moonfall has gorgeously breathtaking visuals but also a headache inducing story, making it quite the beautiful disaster of the year.