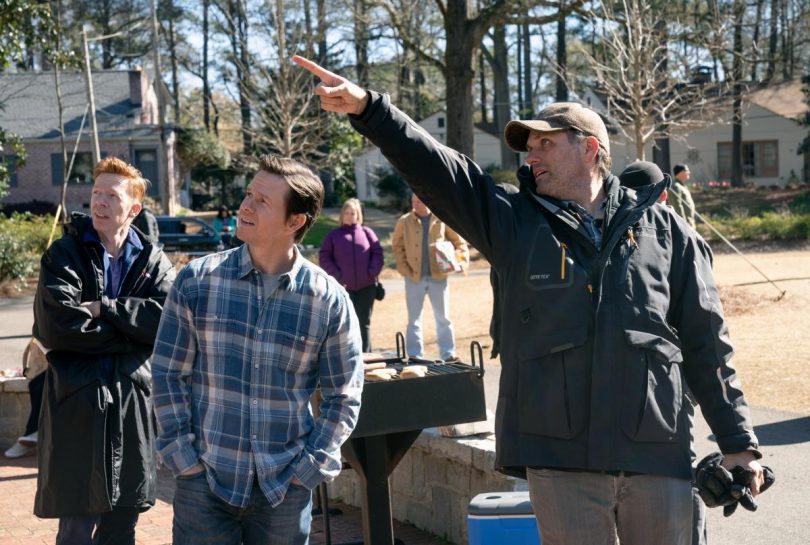 Writer and director Sean Anders knows a thing or two about adoption and the foster care system. In 2012, he and his wife adopted not one but three siblings, ranging from 18 months old to six years old. While he’s writing about families before like with Daddy’s Home and Daddy’s Home 2, none of his films hits closer to home than his latest, Instant Family, which is about a husband and wife, played by Mark Wahlberg and Rose Byrne, who decide to start their family through foster-care adoption. Initially looking for one child to bring into their home, they end up with three and soon find themselves way over their heads. Shakefire sat down with Sean Anders to talk about his personal connection with the film ad what it was like to shoot here in Atlanta.

This is obviously a very personal project of yours. When did you decide to your own life story into a film?
Sean Anders: I have a writing and producing partner named John Morris, and he and I, I don’t really, I think he brought it up, but I don’t remember for sure, but we were discussing whether this could be a movie. He was the one who really felt that not only could it be a movie but it could be a comedy because so many of the stories that I’d told were funny. I always had a desire for a long time. I went through sort of the hard part of adoption, just like the characters do in the movie, and when I got to the other side I really wanted to tell a more complete story because people’s ideas about foster care and kids that come from the system a lot of times are negative or are sorta fear-based. I wanted to be able to tell a story that takes you through all of that, through starting out being a little naive, getting to a place of being in over your head and feeling like you’ve made a terrible mistake, but persevering to the point of where you get the laughs and the love and the joy from it.

I was curious about that too, because this film tells a lot about foster care and adoption. What would you say is the biggest misconception about that system that you hope the film addresses?
Anders: Everybody knows that every adoption story begins with some level of tragedy. I think that because people focus on that, they make a lot of assumptions about, like it’s brought up in the movie the idea that the kids in the system are damaged goods in some way. Although these kids do have some real tragedy in their past and sometimes some real trauma to work out, that can be said for a lot of us in our lives. The kids are essentially just kids. It’s like in that moment with Tom Segura in the movie when he says, “Wow, I can’t get over it. They just look like normal kids.” As trite as that sounds, I would really like people to come away from this movie realizing that the kids that come out of the system, they’re just kids and they need love and they need parents, just like the rest of us. 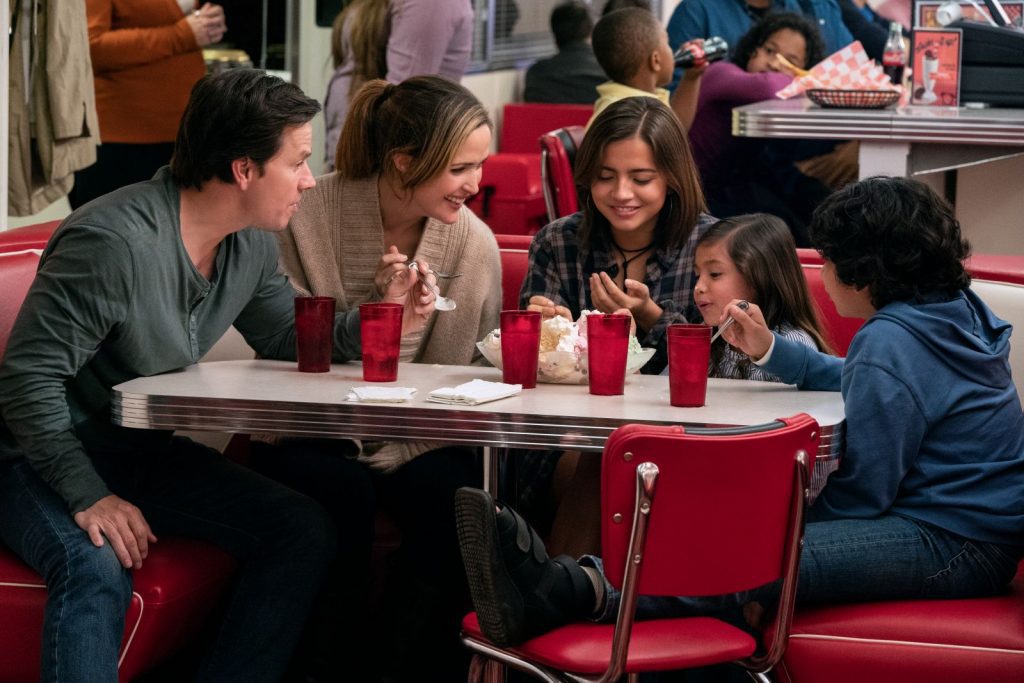 What did you learn about yourself going through the process of filming this movie?
Anders: Hahaha, how much time do you have? No, I learned a ton through the movie. This is a fictional tale that’s inspired by my story, but it was also inspired by a lot of other people’s stories. I met with so many people and heard their stories and interviewed them and talked for hours with people. We have a social worker named Allison Maxon who was with the project from the beginning who I was calling for notes on the script. I learned so much from Allison; I learned so much from these families. There was another young woman named Maria Green who was a consultant on the movie. She was kinda our Lizzie consultant. Maria grew up in care and was adopted as a teenager, and I learned so much from her. To give you specifics, there’s obviously too many specifics. I wouldn’t even know where to start, honestly. I think from the time I wrote the first draft of the script to the time we finished the movie, everything I learned about foster care probably tripled in that time.

One of my favorite scenes in the film was when you directly addressed the whole “white saviors” head on with the social workers scene and then also the recurring Blindside gag. You’re basically facing that head on because you do hear a lot about that.
Anders: Well, my wife and I are white, and when you go into the system you find yourself in this weird predicament where you have a choice. You can either say, “We’re only willing to adopt white children,” or you can say, “We’re open to any ethnicity,” and if you happen to get a different ethnicity, which we did, our kids are Latin, then you worry about if you look like you’re trying to do the white savior thing. You weren’t trying to do that, you were just opening your heart to whichever kids needed parents. I wanted to touch on that in the movie because that is a situation that we found ourselves in. It was a very real sort of moment of worrying for a minute if this is going to be perceived in a way we didn’t intend it to, not in the movie, but in our life. We definitely wanted to touch on that.

This is your third time working with Mark Wahlberg. Do you guys just fall into a rhythm now working together on set?
Anders: Yeah, pretty much. I would say we do. I think I know how Mark likes to work, and he knows how I like to work. I think Mark knows that I like to move fast on set. In the three movies I’ve done with Mark we’ve had little kids in all three of them so the kids really accelerate the day. You really have to hussle and rush all the time because you’re trying to finish up before the kids wrap. Kids can only work certain hours. It’d be interesting for Mark and I to do a movie that didn’t have kids in it because we’re used to going at such a pace together. But yeah, I feel like we know how we work together.

And Mark and Isabela Moner previously worked together on Transformers. Did that factor in when picking her?
Anders: That’s a funny story because the very first day that we were casting on this movie, and our casting director Sheila Jaffe, who’s also adopted, said that there’s a young lady who’s going to Skype in for her audition. Sometimes when people are in different cities you audition them via Skype or FaceTime. It’s not a very good way to audition somebody; it’s really hard for the actors. She said, “Oh this is Isabela who was just in Transformers with Mark,” and I said, “Well that’s not going to work. That’s just weird if she was just in this movie.” I remember in the movie, yeah, he was kinda a father figure to her. I was kinda against the idea before she even started reading it, but then of course we’re going to let her do her read. We watched her, and it was me and John Morris and Mark Evans, two other producers on the movie, and by the time she was done with her scenes we were all legitimately in tears. We said, “Okay, I don’t care what movie she’s ever been in, we got to have her in this movie. She’s so fantastic!” We immediately went to her and said we want you to be Lizzie. Every time I see the movie, and I see it a lot because I’m doing a lot of screenings, I’m grateful every time that she wound up being Lizzie because she’s amazing. 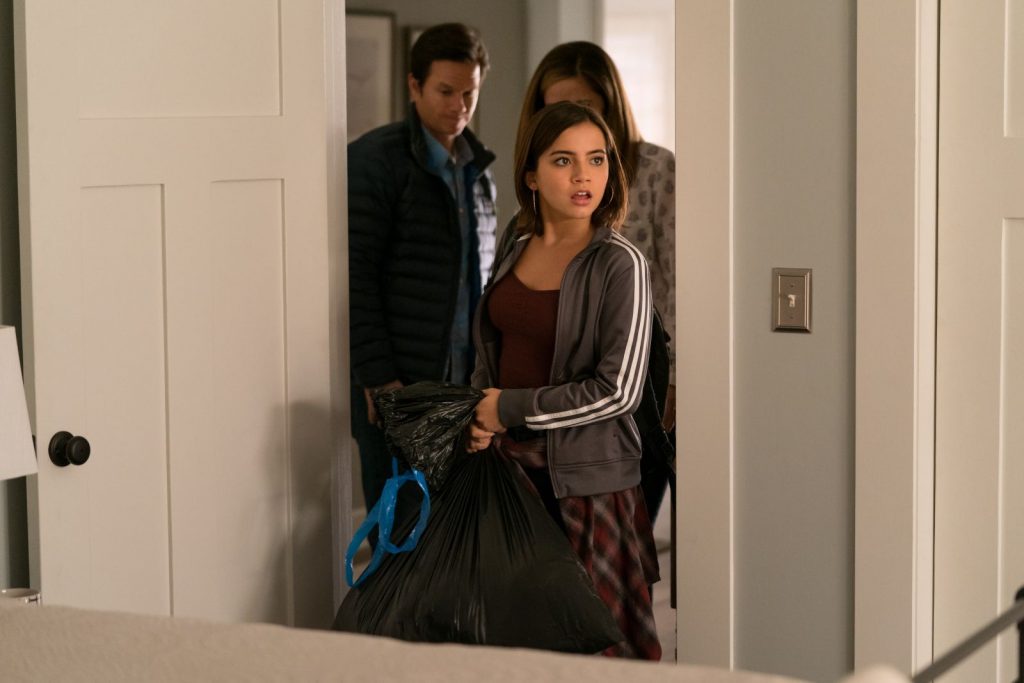 How did you get Joan Cusack to make a cameo appearance in the film?
Anders: We had always had that character written in as this neighbor that they wind up having this intense family discussion in front of this neighbor they don’t know. We always had that idea but we really had a hard time deciding who that should be. Originally we thought we would just read people and whatever, but it was such an important moment in the movie, we needed to get somebody who would just crush it. When our casting director mentioned Joan Cusack we weren’t sure if we’d be able to get her because it’s essentially a cameo but it’s such a strong one. It’s such a good one. We went after her really hard because I wanted her so badly to play that part. Fortunately she came on board and came out. We only had her for one day. We got her in and out, but she did a great job. So many people comment on her role in the movie.

Can you talk about filming here in Atlanta. I noticed the city a lot. Did you have any have any favorite experiences or locations that you enjoyed while here?
Anders: I loved shooting in Piedmont Park. It’s such a beautiful park. I lived closed to it when I was working here so I was there a lot. We shot at a high school in the area called Kell High School, and they were really helpful and welcoming. The kids that were there, a lot of them got into the background in the movie. That was a really fun place to shot. We shot, I don’t remember what it was called, I need to find out. Do you know where The Big Chicken is? A couple blocks from The Big Chicken, we shot at a family services center and that was the adoption agency in the movie. It wasn’t an actual adoption agency but it was a family services center so it was very authentic. It was exactly the kinda building and kinda look an agency would have.