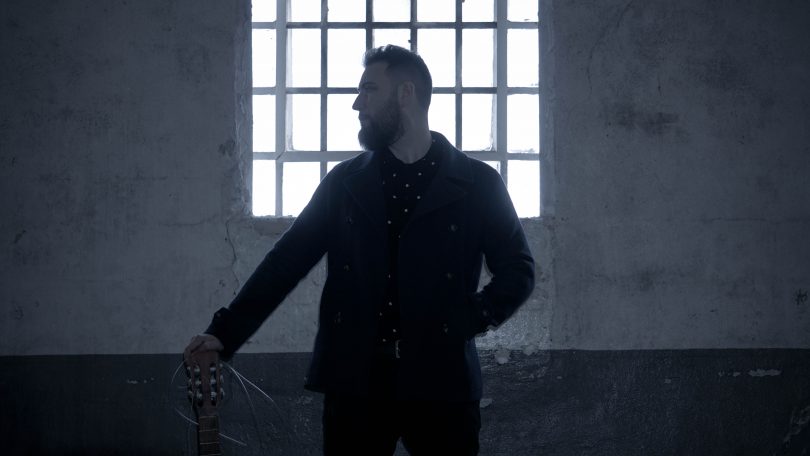 Ralph Pelleymounter is best known as one of the founding members of British rock band, To Kill A King, lending his vocals and acoustic guitar to their unique sound. May 24, 2019 marks a change for Pellymounter, however, with the release of his debut solo album Dead Debutante’s Ball. Shakefire spoke with Pelleymounter to discuss his new music path and upcoming album, including the release of his new single, “Wild Beast.” Ever the productive one, Pelleymounter is also taking his talents to the small screen and providing the soundtrack for the short film, Eugene vs Humanity. You can read all about it and check out his newly released music video with exclusive behind the scenes images. 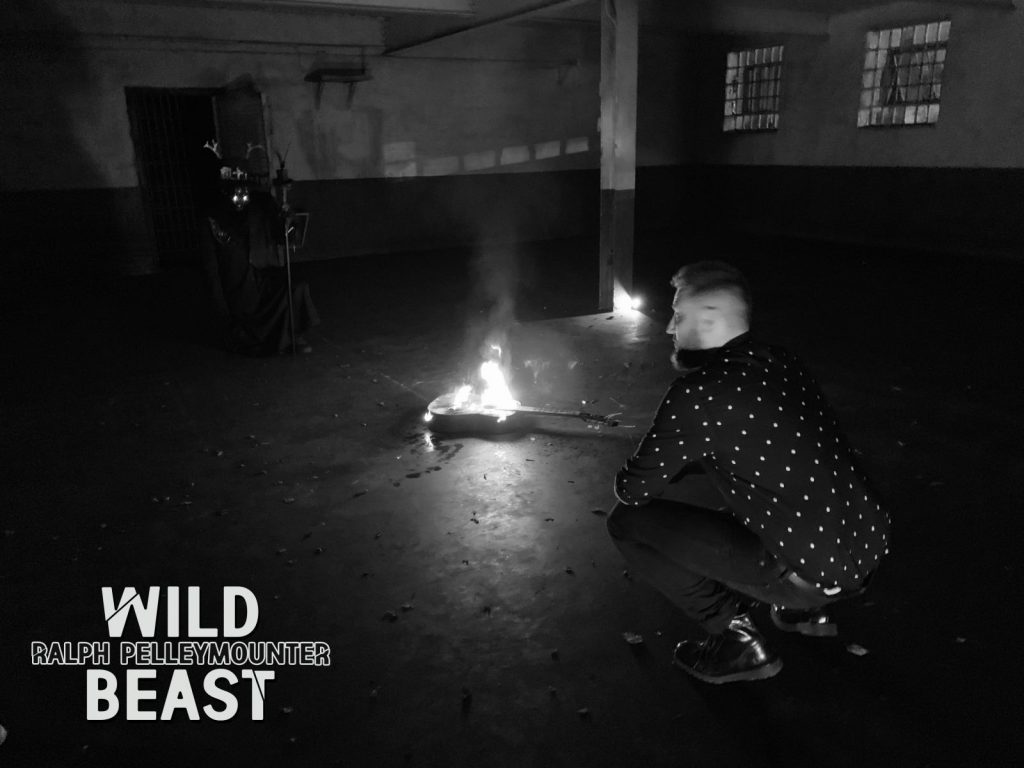 What made you want to branch out and do your own solo album?
Pelleymounter: I’ve been working with the group for 7 years now and I guess there’s always been an itch to do something by myself. I don’t think i’d have been able to make this at any other time, it’d have seemed like too much of an undertaking but with 3 studio albums and a handful of eps behind me I knew that I could pull it together. I guess basically the timing seemed right. We recorded the entire thing over 10 of the hottest days of summer, and it was a little mad but also great to have a so many friends arrive each day to play something on the record.

What surprised you most about doing a solo album?
Pelleymounter: The making of this album has really reinvigorated my love of music, I think because it’s just myself the process was a lot quicker. I felt free to make bolder decisions and to try out new instruments and new ways of arranging songs.

What was the inspiration behind “Wild Beast?”
Pelleymounter: Wild Beast is my attempt to talk about social anxiety and panic attacks, it’s trying to explain a feel that seems impossible to explain.”Nothing is true in this song, although it is, exactly how my world is, exactly how your love kicks”

How was the experience of getting to film inside an abandoned prison?
Pelleymounter: It was amazing, when we arrived we were all giddy and scared of the place, then we would get used to it and we’d all get on with shooting. Then however the sun would go down and we’d have nothing but the lights we brought. Leaving the group to get drinks for people in the sometimes pitch black was a really scary experience. I kept saying that if it was the start to an actually horror movie you’d think the writers should have worked harder. 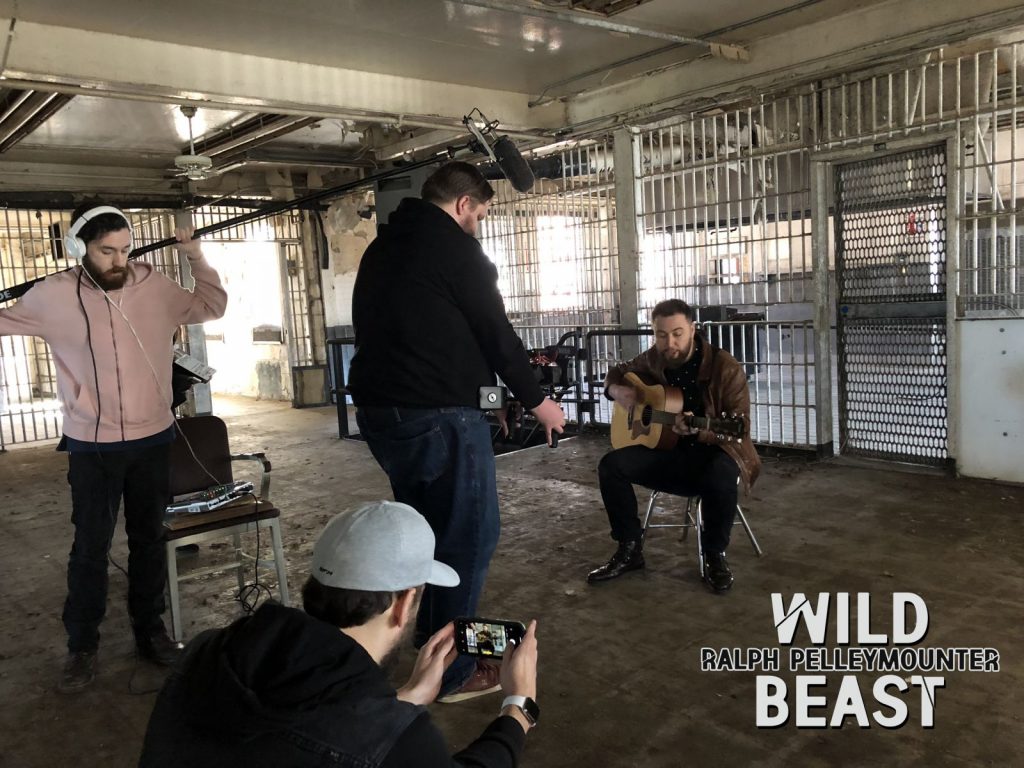 You are also doing the score for the short film, “Eugene vs. Humanity.” What made you want to jump into doing that?
Pelleymounter: Again I think like the album it was a new challenge, this is my first attempt at a score and when I saw the script and first trailer it grabbed my attention and I thought it was something I could add to.

Can you tell me about the biggest challenge you faced in doing an original score for a film as opposed to an album?
Pelleymounter: With the album it’s my own vision, my own stories and I want to convey, with the score it’s to help someone else tell theirs. So both have their challenges but this I think is the key difference.

What was your biggest takeaway from your time with To Kill A King?
Pelleymounter: There are some real highs and low in being in a group, I think trying as much as you can to make the work itself being the thing and not what happens after it. I think this will keep you happier in the long run.

What’s one sentence you would use to describe your music to someone who has never heard it before?
Pelleymounter: It’s an album of moments, some short and sweet, some sharp and cutting.

“Wild Beast” is now available to listen to here, and fans can now pre-order Dead Debutante’s Ball, releasing May 24th. For more on Ralph Pelleymounter, you can visit his website, http://ralphpelleymounter.com/. 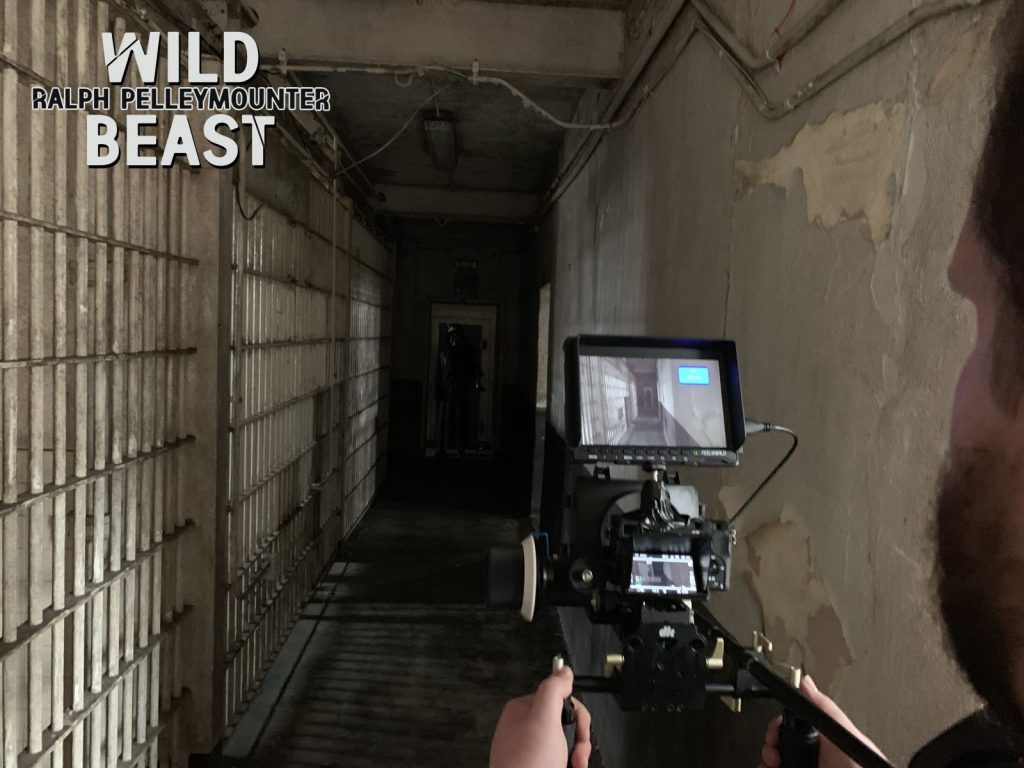