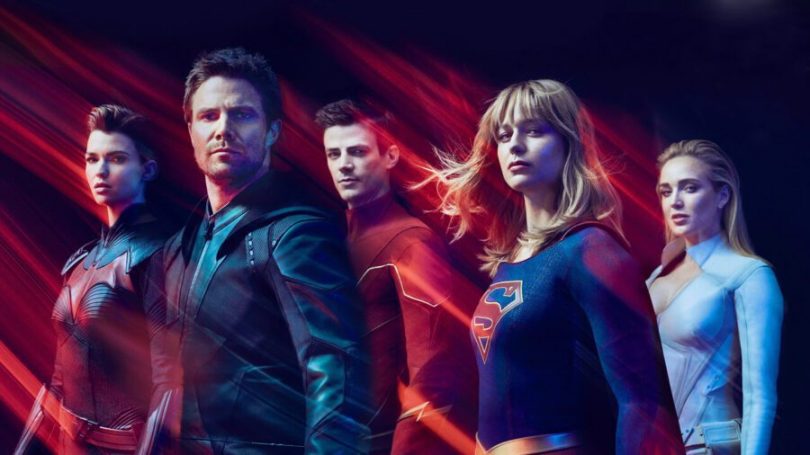 Have you been wanting to see Tom Welling reprise his role as Clark Kent? Maybe you are a Brandon Routh fan and want to see more of him in the blue tights and red cape. Or you are a Birds of prey fan (yep, I am one), and you want to see Ashley Scott be the Huntress again, (yes). If you are any of these fanboys/fangirls wanting this, you will be excited to know (or you already do know), that all of those are happening.

The CW is bringing, “Crisis on Infinite Earths” to the Arrowverse starting December 8, 2019 I Supergirl and then will span through the other shows, Batwoman, The Flash, DC’s Legends of Tomorrow, and Arrow. If you are not familiar with the story, it is one of the more famous and well-done stories for DC comics. It came out in 1985, wrote by Marv Wolfman and drawn by George Perez, both of which are great guys, and took place in pretty much all the DC titles. There was a 12-issue title for it that was the center focal point of the story. That story, which I will not give spoilers with the CW shows going to be doing it, but it was about the multiverse for DC.

The main villain was this guy called the Anti-Monitor who wanted to take over all of reality, you know, like all good villains want to do. Because it was the multiverse, there were multiple versions of the characters and not all were good.

One being the Kingdom Come Superman, who was older and not so much the boy scout any longer. Guess who will be playing this version of Superman? That’s right, Brandon Routh. Now, I’m not a huge fan of his version of Superman in “Superman Returns”, but it’s not bad, and it has some good points. One being I did like the suit, well, the small S is not my favorite, but the overall look of the suit is cool. The texture and those little s’s are really cool in my opinion. Well, this new suit he has for the Kingdome Come Superman is downright awesome. Check out these images posted with him and his grey hair.

We now know what version of Superman Brandon Routh is playing the big question I have is, will Tom Welling be putting on the tights?

Do you remember when Smallville first was on? The creators had a rule, no flights, no tights. They stuck by that rule and we never saw him in the suit for 10 seasons and finally in the last episode we see him become Superman. Now he’s older and I want to see Tom Welling be the Superman that he should have been when the show ended. The one that most people wanted to see on the big screen, me included, where he has the suit and he is the Man of Steel.  There are no photos of him in the suit but Erica Durance, aka Lois Lane from Smallville, did post this on her Instagram of her and Tom together.