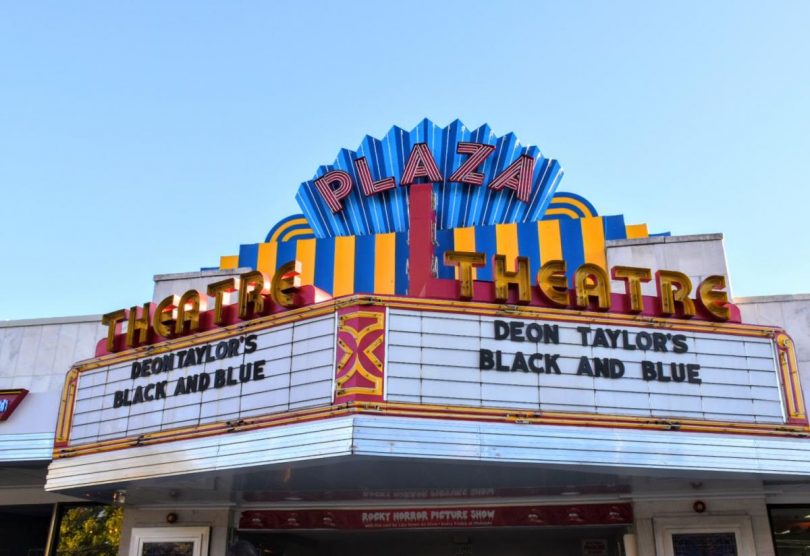 Earlier this week, Shakefire attended the Atlanta black carpet premiere of Black and Blue at the historic Plaza Theatre in downtown Atlanta, GA. Directed by Deon Taylor (Traffik, The Intruder), the film follows rookie police officer Alicia West, played by the Oscar-nominated Naomi Harris, as she patrols the streets of her hometown of New Orleans. After witnessing a murder at the hands of corrupt police officers, West must evade both her fellow PDs and the criminals that they secretly support. Walking the black carpet was director Deon Taylor along with stars Naomi Harris, Nafessa Williams, and Tyrese Gibson.

How important is this film? It’s such a timely film and in this climate. How important was getting this film made?
Deon Taylor: It’s everything. It’s everything we need to be rallying around right now. I just left the hotel watching CNN. It’s funny how things just flare up in the news and then they go away. What happened? What’s going on? There’s always the next thing. Unfortunately, we’re in a time right now where the next thing keeps being every other day. I’m at a point now where I feel like this movie is so important, so relevant. It’s right now. It’s not like we’re talking about something that happened two years ago and now we got a movie about it. No, it’s happening today. What I love about the film is it just creates conversation that we need to all have about what we need to do to help our communities and fix our communities and also figure out what we need to do to blur the lines between black and blue.

How do you find that balance between that message and entertainment?
Taylor: First you got to make a good movie. That’s first. First you got to make something that’s got to entertain. I feel like you got to make something that’s really fun for us. Then what happens is in between making whatever that is you’re making, you have to find your beats. What are you trying to say? What are you talking about? Then you slip them in, kinda like when you make a cake. How much flour do you put in? How much sugar? To me that’s the best way of doing it. It’s a little bit unorthodox because a lot of critics are so uniform like, “Oh man, this movie has to be like that for me to say I love it.” “Oh I didn’t know what the art was so…” You got to mix it up. Sometimes you got to understand that as an artist you’re making stuff for people to consume. And when they consume it you want them to have something to say. Art always have a different flow when you do something differently. Sometimes you got to break it up a little bit and do some different things, and I feel like my filmmaking is unorthodox. I don’t go by the rules. I go by how I feel and I make what I want to make. I make movies for an audience. I make movies for people that want to go see and be entertained and also get something from it. 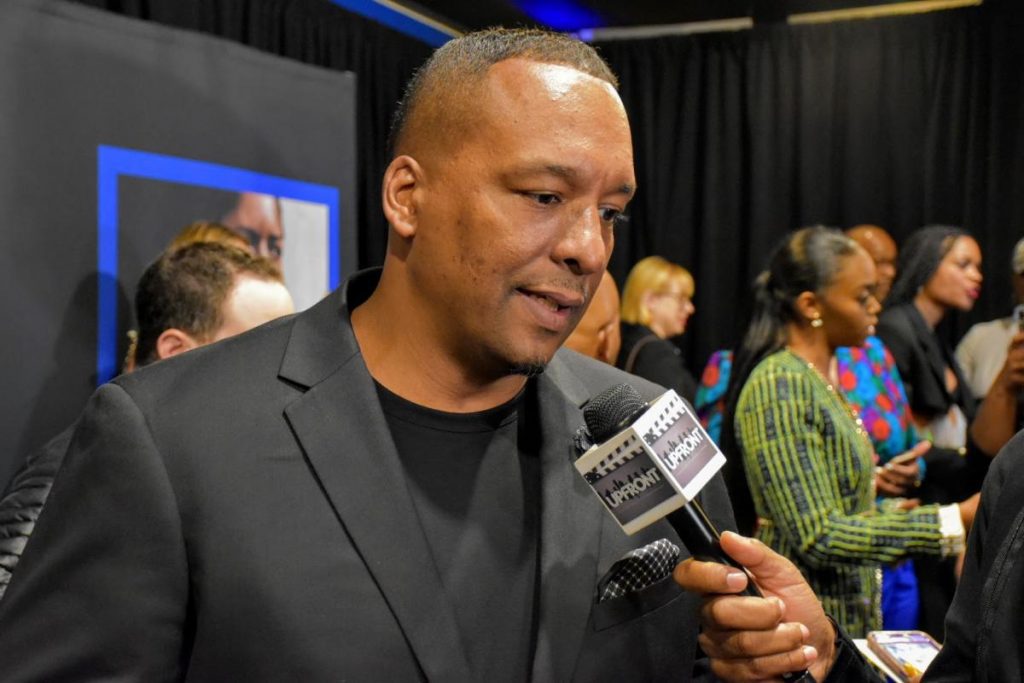 You’re from England so how was it channeling the mindset of a New Orleans police officer?
Harris: It was a challenge because it’s always a challenge for me with every role I take on, but particularly when I know I’m representing a community which actually I’m not intrinsically or historically from so I just do my research. I have to say on this one I’m so lucky because I had Tyrese. And Tyrese was like, “I know you’re not from this kind of community and I’m going to help you. I’m going to take you under my wing. When your accent is off I’m going to tell you. And I’m going to be there for you.” I couldn’t have done it without him.

What’s it like working with a director like Deon Taylor?
Harris: He’s just such a great guy; his energy, such positivity and he’s so inclusive. He has that positive energy and gives so much to everybody, it doesn’t matter who you are. I love that. It’s so rare to find. It was really special.

Your character is caught in the middle of all of this. She has both cops and civilians coming after you. How was channeling that for your character?
Harris: Lonely. It was a really lonely experience. In fact, my mom came to watch the movie and she couldn’t cope. She actually hid in the bathroom for like half the movie. One of the reasons that she said she couldn’t cope was because she said, “Nobody was helping you. Why was nobody helping you?” It’s a really tough position to be in. There you are trying to do the right thing. I think that’s a really prime example of what it’s like in real life actually. Sometimes we think we’re doing the right thing and it should feel good and we should get all this support. It doesn’t happen like that. In fact, often when we do the right thing it takes us into a really uncomfortable zone where actually we don’t get support. But the thing is you have to continue to follow your gut and still do the right thing anyway. That’s what makes Alicia so special. That no matter what; no matter that the community doesn’t support her, that her own police officers don’t support her, she still says no, I’m going to stand up for what is right.

The film looks very intense. What was it like getting into character for you?
Harris: Intense is not even the word. It’s like 12 hours with Alicia on the run. It’s non-stop. From the minute it starts it doesn’t let up.

Tell me about the physicality of this role. You’re running through the streets, getting roughed up. How did you prepare for that?
Harris: It was tough. It was really tough. I think the title is Black and Blue for very different reasons, but I was black and blue, seriously. And I was liked to. I will unashamedly say that. Our director said that I would not have to do stunts. He said, “you won’t even have to run in this movie.” And it was in my contract; no running. And by the end of the movie I was running everywhere. I was jumping out of windows. I was in choke holds being thrown up against walls. I was doing everything. I was totally unprepared and unexpected, but it was worth it. It’s worth it because it’s such a phenomenal.

What are you hoping that audiences take from your character and from the movie overall?
Harris: I think most importantly it’s not about delivering answers but it’s about igniting the debate around these issues; putting a spotlight on what is happening currently and saying, “This is wrong, and we need to find solutions to this.” That’s number one. And also the moral answer is that we have to stop looking outside of us for other people to do something to change situations. In fact, we have to say the buck stops with me and I’m an individual and what can I do to make a difference? What can I do to be the change? That’s what I think is the really powerful message in the movie. 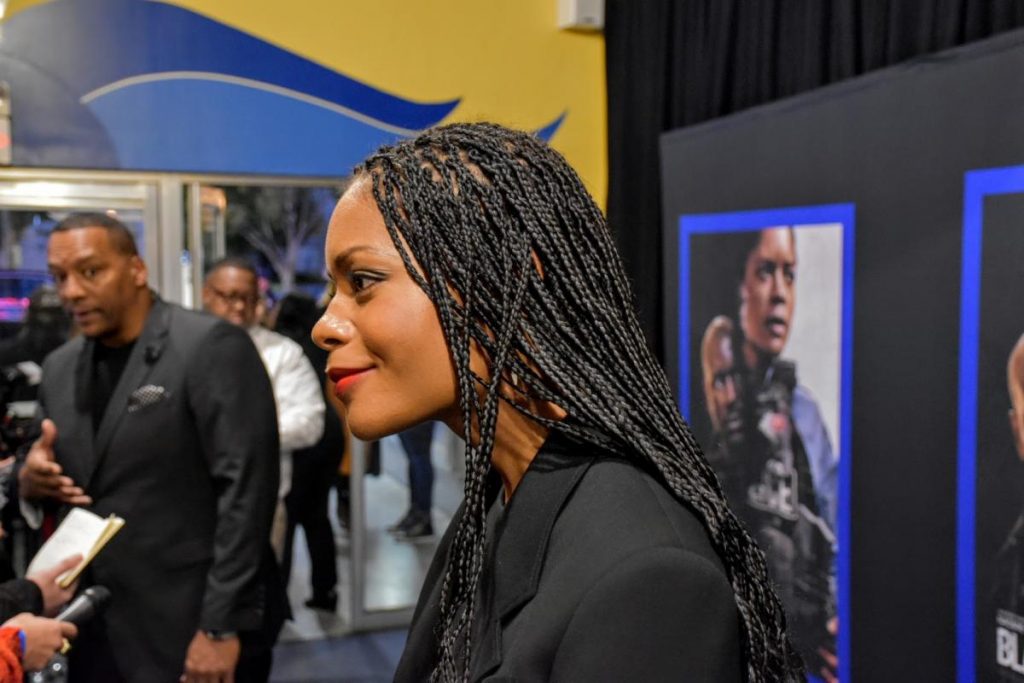 You play Missy. Can you tell us a little bit about her?
Nafessa Williams: My character is someone who is very clear on what it means to be loyal and respect the code of what is happening in the street. And also she plays a mother who is very protective of her son and for very good reasons as being black in America we are very vulnerable when it comes to the police. We just want to protect our loved ones and ourselves. I play the childhood best friend of Naomi Harris, and you see the differences in choices that our characters have made and where those choices have led them today.

What are your expectations about the movie and how do you feel everybody will be receptive to the movie?
Williams: It’s just an authentic movie about what’s happening today. It’s going to resonate with everybody. At least that’s our hope. Our hope is that this film is going to start change. There are a lot of issues that are being spoken about and highlighted in this film that are mirroring what we’re going through as a country, as a black culture. This film is for us to follow Naomi Harris’ character and be the change and be courageous enough to speak up even if it’s not the most popular thing to do.

Black and Blue is now playing in theaters nationwide. Check out the rest of our exclusive photos from the Atlanta black carpet premiere! 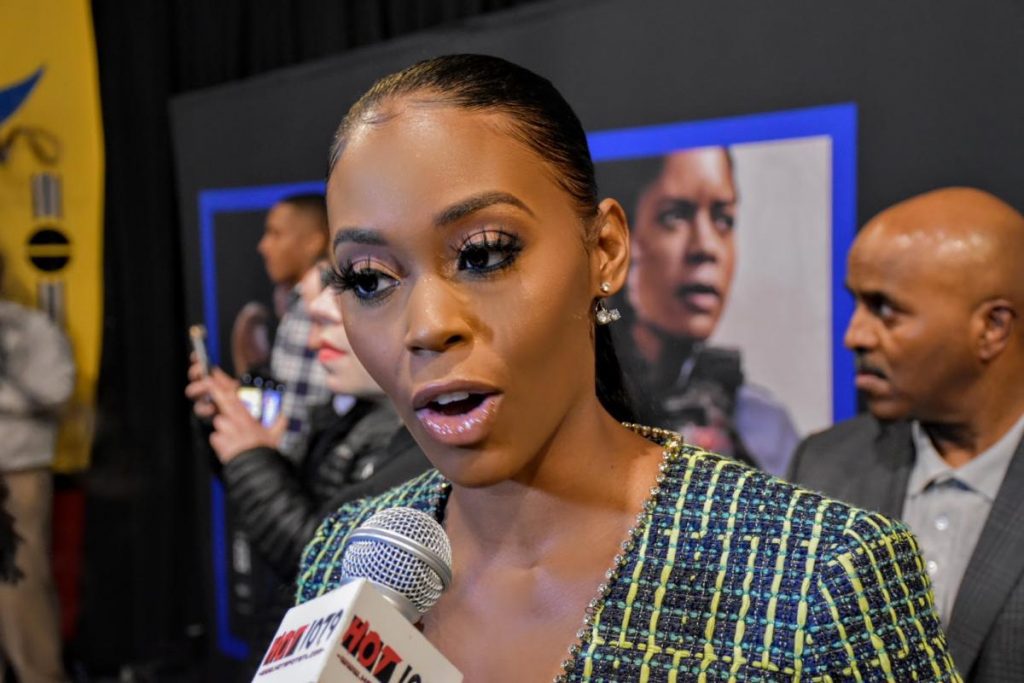