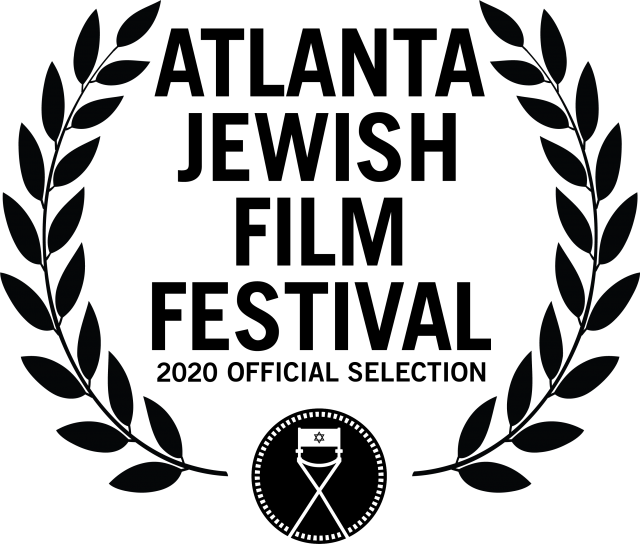 The Atlanta Jewish Film Festival has revealed a first look into some of its films for the 2020 festival, which will mark its 20th anniversary.

The annual festival attracts nearly 40,000 film lovers and is one of the biggest Jewish film festivals in the world. The 2020 festival will run from Monday, February 10 through Thursday, February 27, 2020, with more than 60 narrative and documentary titles are expected to run over the course of the 18 day festival. The full lineup and schedule will be announced on January 10 and tickets will be available for purchase beginning January 27.

“We are proud to bring unique cinematic stories to Atlantans each year, and this sneak preview encapsulates many of the themes and genres of AJFF,” says AJFF Executive Director Kenny Blank. “This early wave of film selections will delight audiences of any faith or background, while also tackling timely, complex issues and even challenging audiences with provocative topics.”

For more information about the Atlanta Jewish Film Festival, be sure to check out AJFF.org.

Aulcie
Documentary • Israel, USA • 72 minutes
A remarkable athlete who captured the spirit of a nation and was triumphant against all odds, Aulcie is the inspiring story of an Israeli basketball legend and his redemption after a fall from grace. During the summer of 1976, Aulcie Perry was recruited for the fledgling Maccabi Tel Aviv team while playing on the courts of Harlem. With the Israeli team immediately responding to his leadership, Aulcie led Maccabi to victory against the Russians in the European Championship, perhaps the most exciting moment in the history of Israeli sports. To the surprise of many, he later converted to Judaism, adopted the Hebrew name Elisha ben Avraham, became an Israeli citizen, and dated a famous model, Tami Ben Ami. At the height of his fame, stardom went to his head and Aulcie suffered a tremendous downfall, becoming addicted to drugs and arrested for drug smuggling. Now sober and living in Israel, Aulcie opens up about his career highs and lows in Dani Menkin’s hotly anticipated sequel to the award-winning documentary On the Map (2017 AJFF).

Bully. Coward. Victim. The Story of Roy Cohn
Southeast Premiere
Documentary • USA • 94 minutes
A mesmerizing and unflinching look at the closeted, conservative lawyer and influential political fixer, Bully. Coward. Victim. The Story of Roy Cohn searches for the human being lurking behind the reviled Machiavellian persona. A ruthless and unscrupulous power broker in the rough and tumble world of New York City business and politics, Roy Cohn is best known for being chief counsel to Senator Joseph McCarthy’s Communist-hunting hearings and later molding the career of future president Donald J. Trump. A self-hating Jew who adamantly denied his homosexuality, this flamboyant personality and courtroom pit bull is revealed as an icon of a deeply troubled America. Featured interviews include attorney Alan Dershowitz, playwright Tony Kushner, actor Nathan Lane, filmmaker John Waters and gossip columnist Cindy Adams. Directed by the granddaughter of Julius and Ethel Rosenberg, who were executed for espionage largely through Cohn’s efforts, this interrogatory and anecdotally revealing work is bolstered by recently unearthed archival video and audio material. Screened at the New York Film Festival.

Crescendo
Narrative • Germany • 112 minutes
A world famous conductor tries to create a youth orchestra of Israeli and Palestinian musicians, only to be drawn into a tempest of seemingly unsolvable problems in Crescendo. When a youth orchestra is invited to play at a Middle East peace summit in northern Italy, the German organizers enlist renowned maestro Eduard Sporck (Peter Simonischek) to corral a sufficient number of young musicians, sworn enemies on either side of the Israeli-Palestinian divide. As the selection and audition process begins in Tel Aviv, conflict between the two factions of the orchestra flare up almost immediately. With his young musicians predisposed to mistrust each other on and offstage, it takes all of the conductor’s skills to overcome the discord and get his orchestra in harmony, building to a tense and emotional finale. Loosely inspired by Daniel Barenboim’s West-Eastern Divan Orchestra, Academy-Award nominated director Dror Zahavi directs this gripping drama about the power of music and reconciliation, and featuring an impressive supporting cast of Israeli and Palestinian non-actors. Winner of the 2019 Audience Prize at the Festival of German Film, Ludwigshafen am Rhein. Screened at the Munich Film Festival.

The Glass Room
North American Premiere
Narrative • Czech Republic, Slovakia • 97 minutes
In this erotic love story spanning the most dramatic events of the 20th century, The Glass Room charts the war-torn saga of Czech newlyweds whose iconic modernist family home is a paean to both their greatest hopes and darkest secrets. Wealthy Jewish industrialist Viktor Landauer (Claes Bang) and his gentile wife Liesel (Hanna Alström) are filled with optimism as they build their dream home, a crystalline architectural masterpiece representing the optimism and cultural vibrancy of post-WWI central Europe. As the idealism of the 1930s evaporates under the forces of Nazi barbarism, Viktor searches for comfort in the arms of a young refugee woman, while Liesel’s flirtatious friendship with the sensual, mischievous Hana (Carice Van Houten) simmers with passion. Fleeing the Nazi onslaught, the Landauers struggle for survival abroad, while their home slips from Czech to Nazi to Soviet possession and finally as property of the Community Party, until Liesel and Hana are finally drawn back to where their story began. The Glass Room is based on the bestselling Simon Mawer novel and filmed on-location at the breathtaking Villa Tugendhat in the eastern province of Moravia. Screening at the UK Jewish Film Festival.

Golda
Southeast Premiere
Documentary • Israel, Germany • 88 minutes
A previously unaired television interview forms the narrative backbone of Golda, the story of Israel’s first (and only) female Prime Minister, her surprising rise to power, and tragic and lonely demise. During her turbulent years in office, Golda Meir was confronted with significant challenges on both the domestic and international fronts, including the beginning of the settler movement on the West Bank and the Yom Kippur War. Throughout, the no-nonsense politician presented an image of stoicism, stubbornness and hard-edged candor that earned her both devoted friends and bitter enemies. Shortly before her passing, Meir sat down with Israeli television. After the interview ended, the cameras kept rolling, capturing an intimate, cigarette-fueled conversation in which the stateswoman spoke freely about her place in history. This extraordinary off-air interview is combined with testimonies from supporters and opponents, as well as rare archival footage, to create a humane portrait of a groundbreaking historical figure whose legacy remains clouded in controversy. Screened at the Docaviv International Film Festival and San Francisco Jewish Film Festival.

No Pork on a Fork
World Premiere
Short • USA • 23 minutes
A mouthwatering and often humorous behind the scenes look at the Atlanta Kosher BBQ Festival.

The Mamboniks
Documentary • USA • 90 minutes
Jewish and Latino cultures meet on the dance floor in The Mamboniks, the story of the free-spirited New Yorkers who fell in love with the sultry moves from Cuba called the mambo. In the years following WWII, countless Jewish musicians and dancers fell under the sway of Latin rhythms. For many so-called mamboniks, the affinity for this upbeat mix of Latin rhythms and Jewish melodies was more than just pure fun. For Jews, dancing helped banish the horrors of the Holocaust and find joy once again, even at a time when America was racially segregated and anti-Semitism was commonplace. Set to the infectious Afro-Cuban sounds of Tito Puente and Celia Cruz, Peabody Award-winning filmmaker Lex Gillespie traces the mambo’s rise from its birth in Cuba to the peak of its popularity in neon-splashed New York, the art deco hotels of Miami Beach, and the Jewish resorts of the Catskills of the 1950s. Spinning their tales with heart, humor and chutzpah, The Mamboniks features interviews with musicians, club owners, disc jockeys, record company moguls and dancers, now in their 80’s and 90’s, as they reunite to tell this unlikely and little-known musical story.

The Vigil
Narrative • USA • 90 minutes
Short on faith and funds, a despondent young man is confronted by a malevolent entity while keeping watch over a possessed corpse in The Vigil, a bone-crunching supernatural chiller set within Brooklyn’s close-knit Hasidic community. After suffering a personal tragedy that has left him guilt-ridden, Yakov (Dave Davis) has made a break from Orthodox Judaism for the secular world. Desperate for rent money, he reluctantly agrees to fulfill the duties of a shomer, looking after the deceased until the body can be taken off for burial. The stage is thus set for a long night of mayhem, as disquieting noises, hair-raising specters, and the vehement warnings of widow Mrs. Litvak (Lynn Cohen) unfold in the claustrophobic confines of a dimly lit Borough Park haunted home. By the surreal and unnerving climax, spook house scares give way to a harrowing spiritual investigation of inner demons and collective trauma. Says Variety: “…the cultural context adds novelty to an effectively creepy, small-scale chiller that does a nice job eking suspense from its simple story and limited setting.” Says The Hollywood Reporter: “[Writer-director Keith] Thomas displays an ample skill set for making us jump out of our seats at opportune moments…more intriguing is how he chose to set his film in such a specific milieu, with the actors switching between English and Yiddish, and multiple references to the Torah, the Talmud and the Holocaust that give the story a unique cultural grounding.” Screened at the Toronto International Film Festival.