2019 turned out to be a great year for Hollywood, delivering films from a wide range of genres and filmmakers. Then again it’s also the year that gave us Cats. It saw the culmination of 10 years and 22 films with Avengers: Endgame, which would go on to become the highest grossing film of all time. While Disney and the superhero genre still remain king of the industry, we also got plenty of great smaller films to grace the big screen like Ad Astra, Booksmart, The Farewell, and The Peanut Butter Falcon. Netflix also continued its quest to dominate awards season with Martin Scorsese’s three and a half hour epic mobster film, The Irishman, emerging as one of the frontrunners. Honestly it was difficult narrowing down my favorite films to just 10 this year as there were so many contenders like the ones listed above. Nonetheless, the films below are my Top 10 films of 2019. 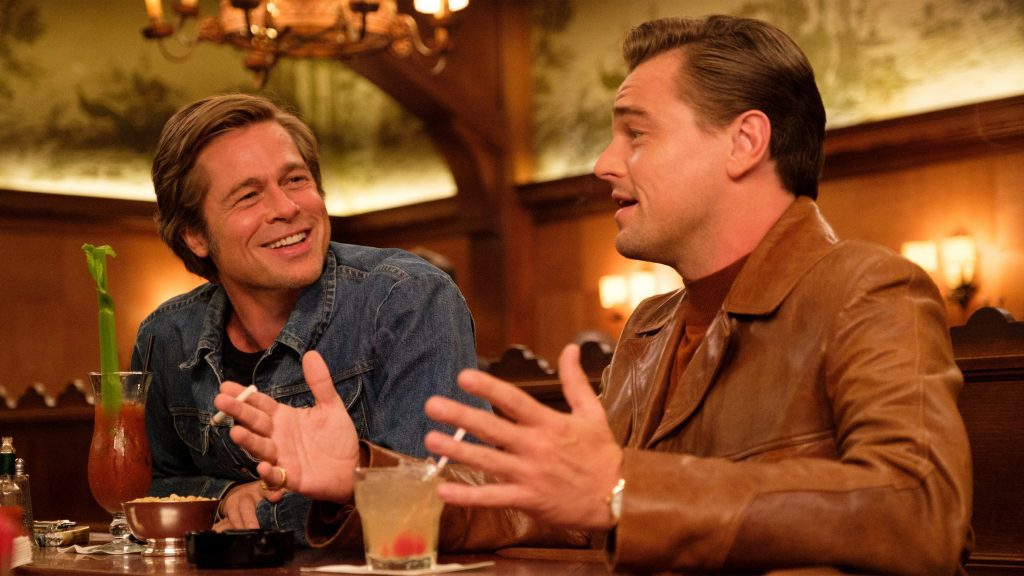 10. Once Upon a Time in…Hollywood
Quentin Tarantino has a way of getting the best performances out of his actors, and Once Upon A Time In…Hollywood is no exception. Both Leonardo Di Caprio and Brad Pitt deliver some of the best performances of their careers, not to mention newcomer Julia Butters stealing every scene she’s in from A-list actors. It also has one of my favorite scenes of the year when Rick Dalton has a breakdown in his trailer after messing up his lines in a moment that’s both hilarious and tragic. 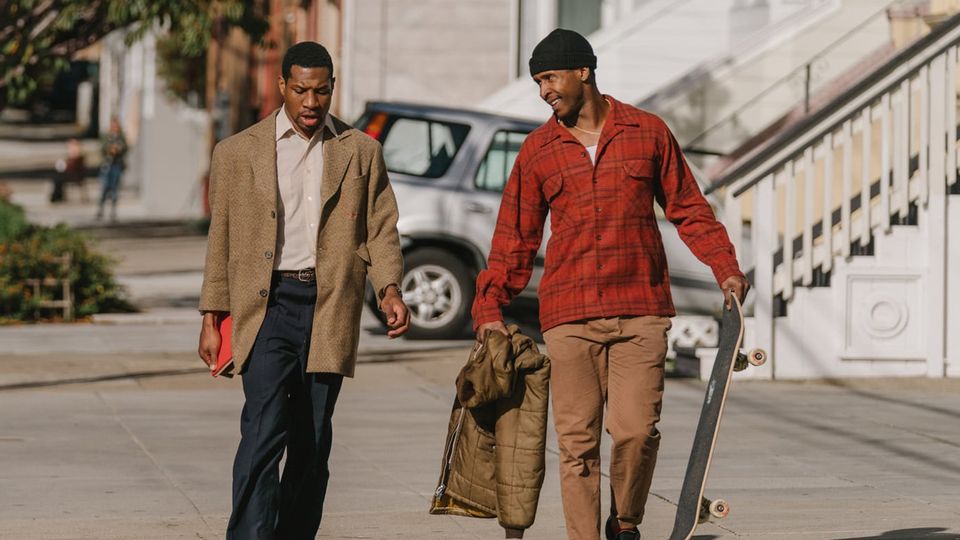 9. The Last Black Man in San Francisco
Joe Talbot masterfully directs one of the most loving tributes to the city of San Francisco that I have ever seen. Featuring brilliant performances from both the new (Jimmie Fails) and relatively new (Jonathan Majors) to the world of acting, the film explores the impact of gentrification and greatly reminds me of Blindspotting, one of my favorite films from last year. It’ll make you fall in love with the city from the moment the sun rises. 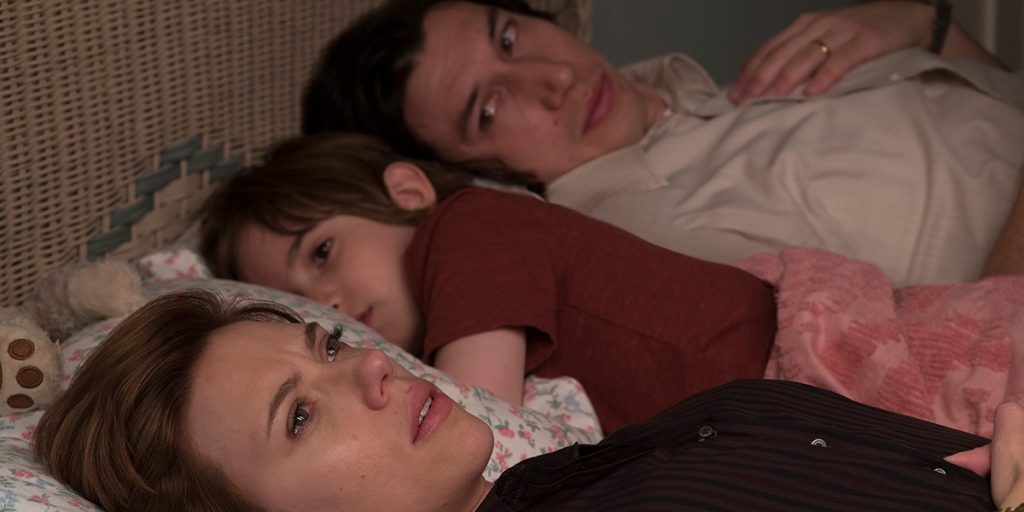 8. Marriage Story
I’ll be okay if I never watch Marriage Story again. Films often tends to glorify romance so when this one shows the tragic downfall of a marriage and how a divorce can turn even the best people into complete assholes. It’s a film that feels all too real and devastating as it doesn’t hold back any punches, leaving you with a lasting ache from the darker side of love. 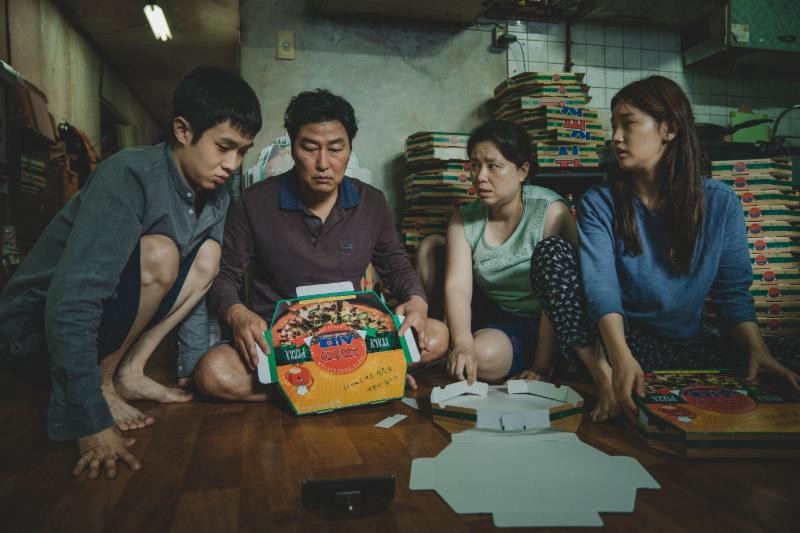 7. Parasite
The more times you watch Parasite, the deeper you fall into its complex world. It’s a deeply layered look into the social hierarchy we live in and the gap between the rich and the poor. Whereas Bong Joon-ho’s previous film Snowpiercer explored this concept on a more horizontal plane in the form of a futuristic train society, Parasite explores its themes more vertically and in the present as it follows a poor family as they infiltrate the household of a rich family, one by one. 6. Rocketman
Now this is how you do a biopic on one of the greatest musical artists of our generation. Taron Egerton is the splitting image of Sir Elton John and deserves an Oscar for his flashy and intimate portrayal of the icon. The film hits all the right notes as it chronicles Elton’s life and career, exploring both the good and the bad choices that impacted it all. It’s a film that’s not afraid to be bold, just like the singer it portrays. 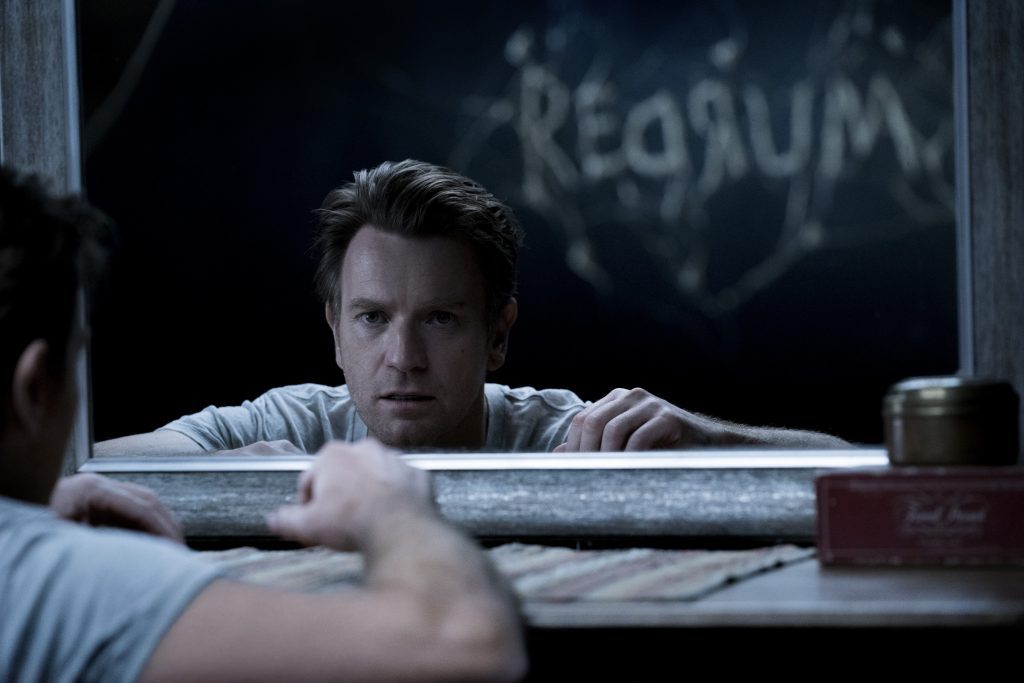 5. Doctor Sleep
It’s difficult to live to up Stanley Kubrick and his version of The Shining, but I was immensely impressed with Mike Flanagan’s adaptation of the Stephen King sequel. Ewan McGregor is wonderful as an adult Danny, who has struggled his whole life to cope with the trauma he suffered during the first film. We’re also introduced to Kyliegh Curran, who plays a young girl with a powerful Shine being chased down by a cult of gifted individuals led by Rebecca Ferguson. The film is full of trippy dream sequences, gruesomely terrifying horrors, and plenty of well placed references to both the novels and film. As far as book adaptations and sequels go, it’s one of the best. 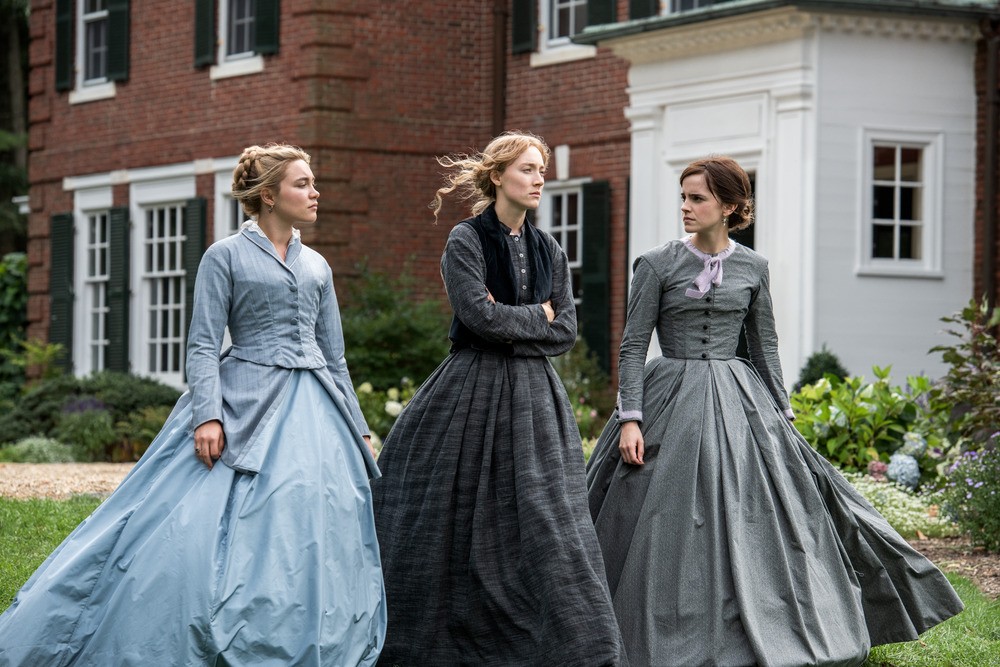 4. Little Women
Greta Gerwig wowed me with her directorial debut, Lady Bird, in 2017, and once again she’s captivated my heart with Little Women. I fell in love with the March family from the opening credits, and Gerwig does an amazing job at exploring each one of their lives and how they’re impacted by the decisions they and everyone else makes. When something goes right you celebrate with them; in addition, when something goes wrong you cry as well. Little Women is the best adaptation of Louisa May Alcott’s novel yet. 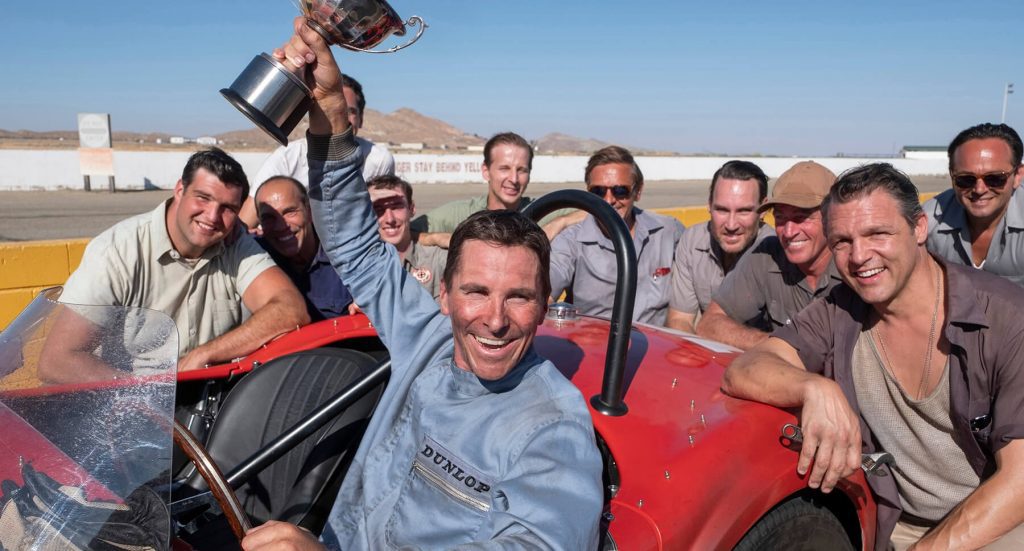 3. Ford v Ferrari
I’m not a fan of car racing in any form so to have Ford v Ferrari break the Top 3 of my least is quite the feat of filmmaking from James Mangold. The film is essentially Ken Miles, played perfectly by Christian Bale, versus the world. He’s the best race car driver there is, but his temper tends to get in the way of him and other people, including the Ford Motor Company. The film is a non-stop adrenaline rush that will leave you looking like Henry Ford II right after he took a lap on the test track. All you can do is hold on to your seat and enjoy the ride. 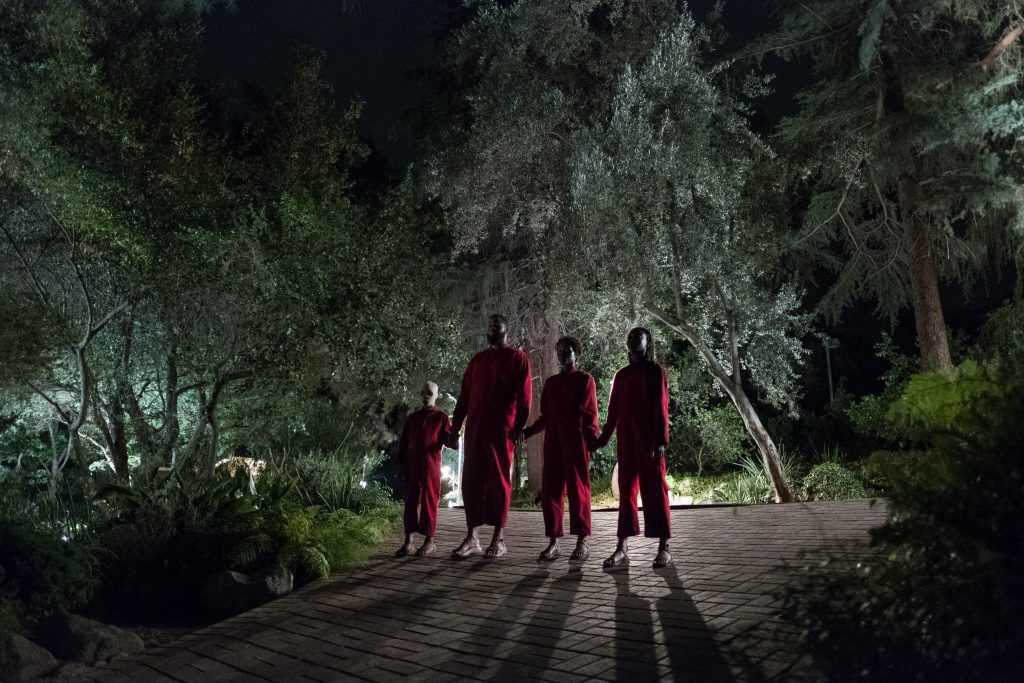 2. Us
I will watch anything with Jordan Peele attached to it. That’s just the kinda clout he’s earned over his years of putting out quality work. It’s difficult to have to follow Get Out, but Peele manages to craft another brilliant horror film that chills you to your core. Everyone puts in double duty on this film, literally, and Lupita Nyong’o delivers an Oscar-worthy performance as she shifts between her character and doppelgänger. It’s not as a scathing social commentary as Get Out, but Us cements Peele as one of this generation’s great auteurs. 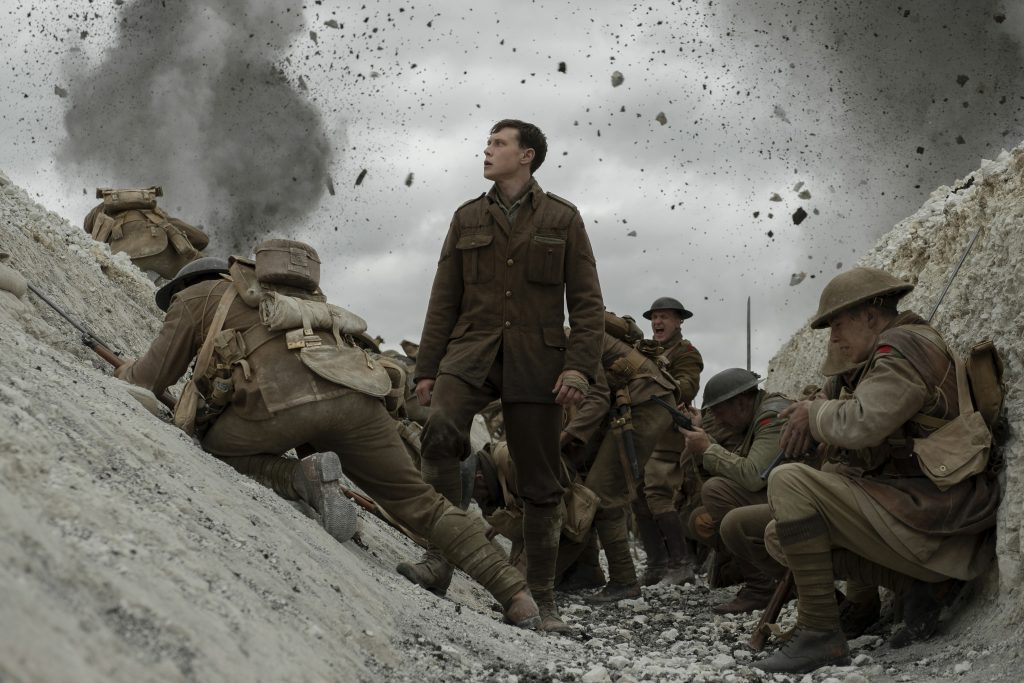 1. 1917
Brutal and intense, Sam Mendes’ 1917 is about as harrowing as films come since Saving Private Ryan. It’s a cinematic masterpiece that focuses on the mission of two soldiers during World War I as they attempt to make it to the frontlines to deliver a message that would save an entire squad from certain death. What makes 1917 so amazing is that Mendes decided to film it as a “one-shot” and never cuts away from the screen. From the moment the screen fades in to when the credits roll, your eyes are focused on these two soldiers and watch as their mission plays out in real time. 1917 is the most immersive experience you’ll have at the theater all year.