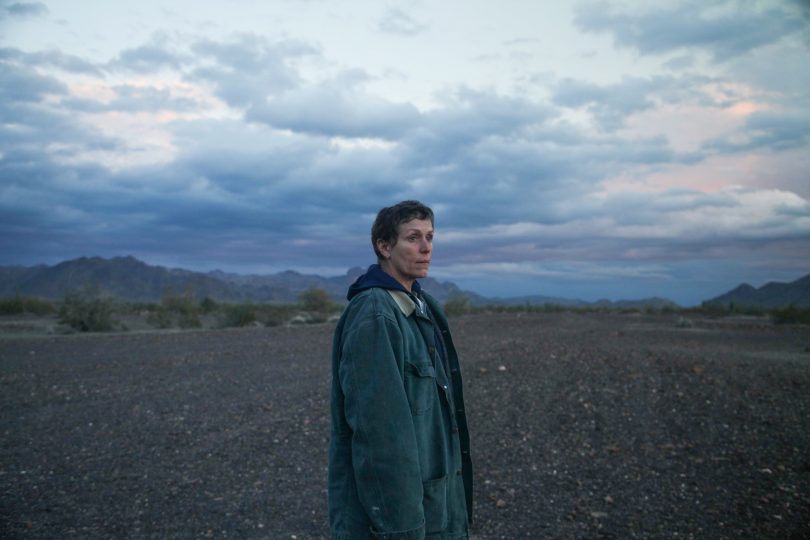 2020 has been an interesting year for the film industry with the Covid-19 pandemic keeping theaters close for the majority of the year and Hollywood having to shift around their blockbuster release dates to compensate. Still, that hasn’t fully stopped artists from creating some amazing films, both big and small, and delivering them to audiences either in theaters when available or on streaming services for home viewing.

“The ability to stream has never been more critical than it has been in 2020,” says FanBolt critic and AFCC member Emma Loggins. “Year after year, we’ve continued to see cinema’s evolution and how Hollywood meets the fan on their terms. This past year especially, some of the best films were delivered by Netflix and Amazon Prime.”

Now in its 4th awards season, the Atlanta Film Critics Circle – of which I am a current member – has voted on the best films and performances of 2020. The 25 member voting group is comprised of film critics in and around the Atlanta, GA area. In addition to naming the Top 10 films of the year and the best performances, the AFCC awards two special honors; the Best Breakthrough Performance and Best First Feature Film.

The AFCC’s number one film this year is Chinese-born director Chloe Zhao’s stark, moving Nomadland, a dystopian portrait of a contemporary America where gig work, homelessness and growing old without resources are grim realities.

Frances McDormand stars as Fern, an aging woman who works in the gig economy at an Amazon warehouse and sets off on a journey through the American heartland after the death of her husband. The film is based on the nonfiction book by journalist Jessica Bruder, “Nomadland: Surviving America in the Twenty-First Century,” which recounts the lives of Americans impacted by the Great Recession and a low-cost labor pool of older people struggling to make their way in a brutal 21st century America.

The film also won AFCC’s award for Best Director for Chloe Zhao and Best Cinematography for Joshua James Richards, who previously worked with Zhao on The Rider and Songs My Brothers Taught Me.

“Nomadland is a moving blend of fact and fiction that speaks to the heart of the American Dream for millions of people: you can follow the rules and do everything you’re ‘supposed’ to do to succeed, but the material trappings of life can still disappear practically overnight,” says Josh Sewell, film critic with the Times-Georgian and the Douglas County Sentinel and a member of the Atlanta Film Critics Circle Advisory Board.

AFCC co-founder and Atlanta Journal-Constitution critic Felicia Feaster, calls Nomadland, “a devastating portrait of people overlooked, nearly invisible within the cruel economic realities of American life and the profound, life-altering role loss plays in many of the characters’ lives.”

“Zhao’s film, coupled with Joshua James Richards’ funereal but profoundly beautiful cinematography is in some ways a contemporary answer to the photography of Dorothea Lange and Walker Evans of the grief-imprinted faces of Depression-era Americans,” says Felicia Feaster.

For Emma Loggins, the film captures the divide between the American dream and reality while “it also explores the idea of home and what really matters in today’s world. It is a beautiful and real story of the desire for connection and the need for freedom.”

This year saw four female directors among the top picks for Best Director: Chloe Zhao (Nomadland), Emerald Fennell (Promising Young Woman), Regina King (One Night in Miami) and Kelly Reichardt (First Cow), along with Aaron Sorkin (The Trial of the Chicago 7). “I think the AFCC’s choices for Best Director point to the fact that women are finally getting more opportunities in a field that has been male-dominated far too long,” says Josh Sewell.

“It’s not just that meaningful conversations and change are finally happening in Hollywood, but it’s also the fact that the female voices and performances bring something new to the screen,” says Emma Loggins. “We see new stories through a different lens, and it’s a wonderful breath of fresh air that’s being recognized and celebrated — both by audiences and the box office.”

Best Actor winner Riz Ahmed was featured in the thoughtful drama Sound of Metal about a heavy metal drummer coming to terms with losing his hearing. Ahmed joins a parallel world in the deaf community, where he learns sign language and struggles to find a way to regain his old life and love. “Riz’s character doesn’t tell us very much with words, instead he was asked to convey frustration, sadness and confusion with just his face and gestures. He made a character that would be tough to connect with so endearing and memorable,” says Jason Evans, a member of AFCC’s Advisory Board and critic with Flixchat.

“Riz Ahmed’s performance in Sound of Metal is a very visceral look at the mental and emotional process of coming to terms with a life-changing event,” says Emma Loggins.

This year’s Best Actress award went to Carey Mulligan, who stars as a darkly charismatic, vengeful woman in the revenge thriller Promising Young Woman who has a real-life rationale for punishing men who take sexual advantage of women.

“It would be easy to only see her as a vehicle for revenge,” says Jason Evans of star Carey Mulligan, “but it was her smaller moments that made the portrayal so believable…Mulligan gives us a simmering anger that she is trying to suppress, but she also desperately wants to understand why society turns the other cheek when women are attacked. That scene forces all of us to wonder about our own responsibility in the #metoo movement.”

The AFCC also presented special awards for Best Breakthrough Performer to Kingsley Ben-Adir, who plays Nation of Islam leader Malcolm X in actress and first-time director Regina King’s film One Night in Miami, a drama based on Kemp Powers’ play imagining what might have unfolded in a real-life 1964 meeting between Malcolm X, boxer Muhammad Ali, soul singer Sam Cooke and football star Jim Brown. British actress, writer and director Emerald Fennell won AFCC’s Special Award for Best First Feature Film for Promising Young Woman, a dark fantasy that articulates some of the rage and injustice around the #metoo movement.

The AFCC’s Best International Film Award went to Danish director Thomas Vinterberg’s joyful, cathartic drama Another Round, about a group of good friends struggling with midlife who try to shake up the complacency of their lives by embarking on a reckless experiment: going through their days drunk.

“While the premise seems silly on the surface, it allows filmmaker Thomas Vinterberg to explore some of the darker elements of humanity. Plus, I’m always happy for viewers who’ve only seen Mads Mikkelsen in villain roles to see what he’s truly capable of as a performer,” says Josh Sewell.

“I think our selections speak to the way Hollywood helped society deal with the collective pain of 2020,” says Jason Evans of this year’s AFCC awards. “Most of our choices are films with characters who had to overcome difficult, almost hopeless situations — but they refuse to give up. If these characters can find the hope to keep pushing forward, so can we.”

The full winners of the 2020 AFCC Awards are as follows:

BEST ENSEMBLE:
THE TRIAL OF THE CHICAGO 7

BEST INTERNATIONAL FILM:
ANOTHER ROUND (DENMARK)