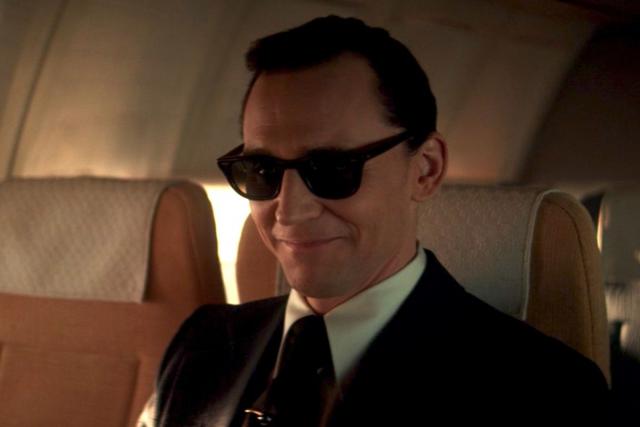 Alright, I believe that is enough of a warning letting everyone know that this article will contain information aka spoilers, for the first episode of Loki on Disney+. If you have not watched the episode, then you might not want to read this article.

Now, onward to the spoilers.

Loki is D.B. Cooper! Yes, I said that with some energy so it should be read with same such energy. If you are unfamiliar with the story of D.B. Cooper, then you are either really young or from another country. OK, maybe you can be from the U.S. and not know who he is, odd, but plausible. D.B. Cooper was a man that hijacked a plane in 1971, demanded a ransom of $200,000 (that’s $1,318,785.19 today), then after getting the money, taking the plane back up, he did a high altitude jump from the plane and was never to be seen again. Did he die from the jump? It’s presumed that he did but there is no evidence that he did. No body was found, nor was the money, nothing but unanswered questions of who was this man and what happened to him and the money?

Well, according to the first episode of Loki, Loki is D.B. Cooper and yes he did survive the jump with the help from Heimdall. We discover that the TVA knew about Loki being Cooper and doing the heist and allowing it to stay as part of the natural timeline, even though Loki was messing with the humans of Midgard.

What does this sequence have to do with the show and the plot? I think it has 2 purposes of being shown and so early on in the series.

1) It shows that what Loki has been doing on Earth and I’m going to assume Asgard and anywhere else in the universe, doesn’t really matter when it comes to the timeline. Mobius pretty much lets Loki know that his past actions weren’t important enough for the TVA to get involved. This of course is not going to sit well with Loki and his ego, but we do know that Loki was part of the invasion of Earth in Avengers. To have aliens become known the world over but also to have them invade as an army while everyone is still dealing with the idea of gods and super beings, is a huge deal. Or maybe it wasn’t that huge a deal for the TVA because they didn’t get involved. So, that means Loki’s deeds until he used the tesseract to escape didn’t mean anything.

2) The other reason to show this was to explain the difference between mischief and cruel actions. Mobius asks Loki if he enjoys causing harm to people while also talking about him being mischievous. Loki is the god of mischief but is killing people mischief? I don’t think so and I think this is how Marvel/Disney will get Loki on track of the god of mischief and not so evil.