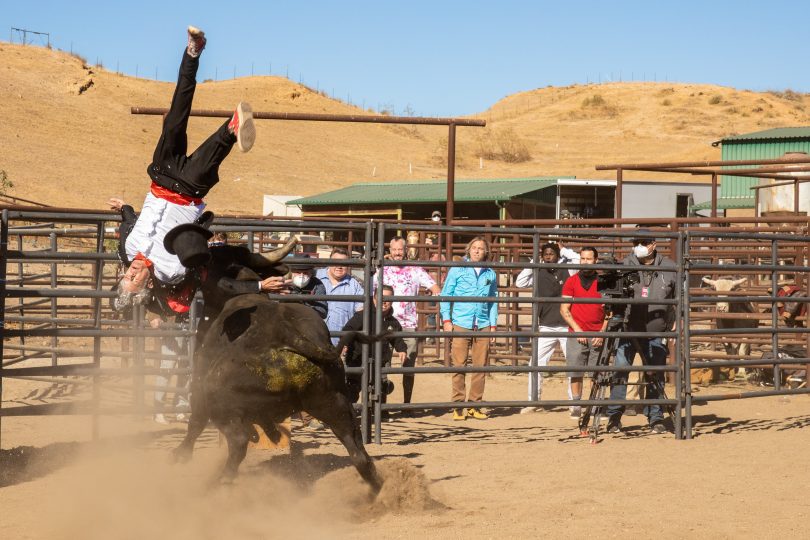 Paramount Pictures has released the final trailer for the upcoming Jackass Forever. The fifth and final film in the Jackass franchise is set to hit theaters on February 4, 2022 after a series of delays due to the COVID-19 pandemic.

Jackass Forever reunites Johnny Knoxville, Steve-O, Chris Pontius, Dave England, Wee Man, Danger Ehren, and Preston Lacy and introduces a younger group of thrill seekers to the wild and dangerous antics. Celebrating the joy of being back together with your best friends and a perfectly executed shot to the dingdong, the original jackass crew return for another round of hilarious, wildly absurd, and often dangerous displays of comedy with a little help from some exciting new cast. Johnny and the team push the envelope even further on February 4 in Jackass Forever.