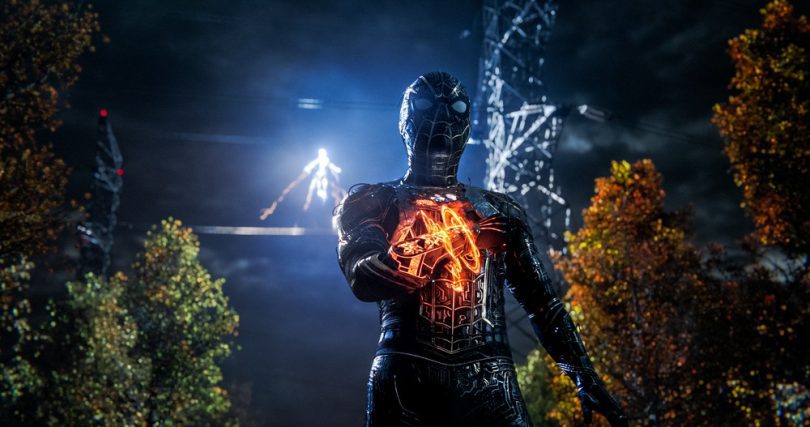 It’s difficult to explain how amazing and spectacular Spider-Man: No Way Home is without delving into the film’s spoilers, but I’m going to do my best here. Simply put, the latest entry in the Marvel Cinematic Universe is just plain fun. It’s Spider-Man at his best, with plenty of heart, humor, and everything in between, and is sure to dazzle and delight the most die-hard webheads. When it fires on all web canisters, it’s a swinging good time. Spider-Man: No Way Home is one superhero film you’re going to want to see sooner, rather than later.

Following Mysterio’s final plan of revealing to the world Spider-Man’s identity, Peter Parker must now deal with the fallout of being the most famous person on the planet and while some people still view him as a hero, many are convinced by Mysterio’s lies and think of him as a murderer. When this affects Ned and MJ, Peter goes to Doctor Strange for help in undoing what Mysterio had done by casting a spell so that people forget that Spider-Man is Peter Parker. The casting goes awry though, and Strange accidentally opens up a portal to the multiverse, causing villains from other universes to be transported into this one. Now it’s on Peter to round up these past villains and send them back to their respective universes.

Spider-Man: No Way Home is the pinnacle of Spider-Man fan service. By bringing the villains from Sam Raimi’s Spider-Man trilogy and Marc Webb’s The Amazing Spider-Man films, the MCU gets the joys of not only having some of the best characters with Alfred Molina’s Doc Ock and Willem Dafoe’s Green Goblin, but it also gets to rewrite and turn Electro and the Lizard into something more interesting and entertaining. There’s no denying that The Amazing Spider-Man films struggled, and No Way Home admits that and then moves on. For instance, the other villains give the Lizard a hard time for his ridiculous plan of turning people into lizards like him for no reason. It can laugh at itself now, and at the same time it does bring an appreciation to everything that came before it. None of this would have been possible without the five pre-MCU films that came before we were introduced to Tom Holland’s Spider-Man.

The story itself is much darker as well. Without giving things away, No Way Home focuses on Peter struggles with living two lives; as Spider-Man and as Peter Parker. Now that his identity has been revealed, that all comes crashing down with devastating consequences. Peter is desperate to fix things and have them go back to the way they were, which is why he goes to Strange for help. But as things get worse and worse, Peter tows the line of being the friendly neighborhood Spider-Man that people love versus a kid with superpowers. I’ve always said that Tobey Maguire was a great Peter Parker and Andrew Garfield was a great Spider-Man, but it wasn’t until Tom Holland came where we got both a great Peter Parker and Spider-Man all in one. Holland shines in No Way Home as he confronts his desires, struggles, and pressure of this dual life. It would be easy for Spider-Man to overpower most anyone and put them down for good, but that’s not what the character is about. There will always be conversations on who is the best Spider-Man and Holland puts his best performance front and center in No Way Home.

There’s so much more that can and will be said about Spider-Man: No Way Home, but it’s best for fans to experience it for themselves. The film delivers a wild, multi-universal ride that seemed unfathomable years ago and only something you could read in the comics and not watch on the big screen. And yet here we are, with perhaps the best superhero film of the year.

There’s so much more that can and will be said about Spider-Man: No Way Home, but it’s best for fans to experience it for themselves. The film delivers a wild, multi-universal ride that seemed unfathomable years ago and only something you could read in the comics and not watch on the big screen. And yet here we are, with perhaps the best superhero film of the year.