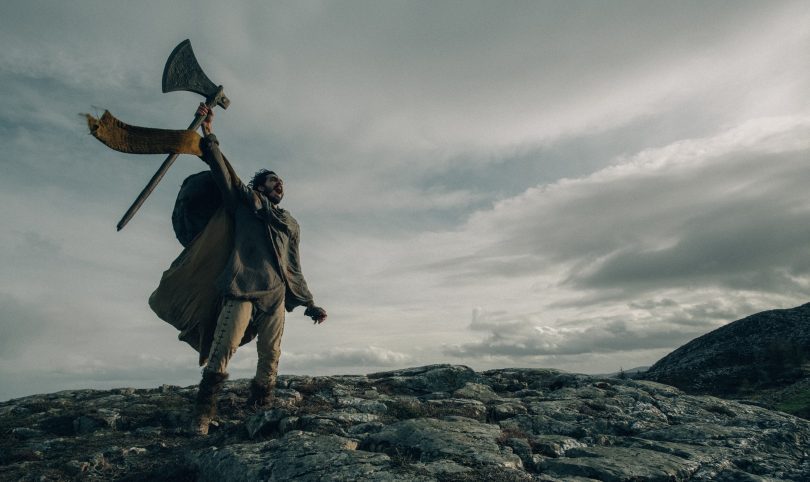 All things considered, 2021 was a great year for film. Whether you’re a fan of flashy superhero movies, engaging dramas, heartwarming musicals, or powerful indies, there was something for everyone. After a year of watching films mostly at home on streaming services, it also saw the start of the return to theaters in a big way. Out of the hundreds of films I watched over the course of the year, the below 10 are my favorites. 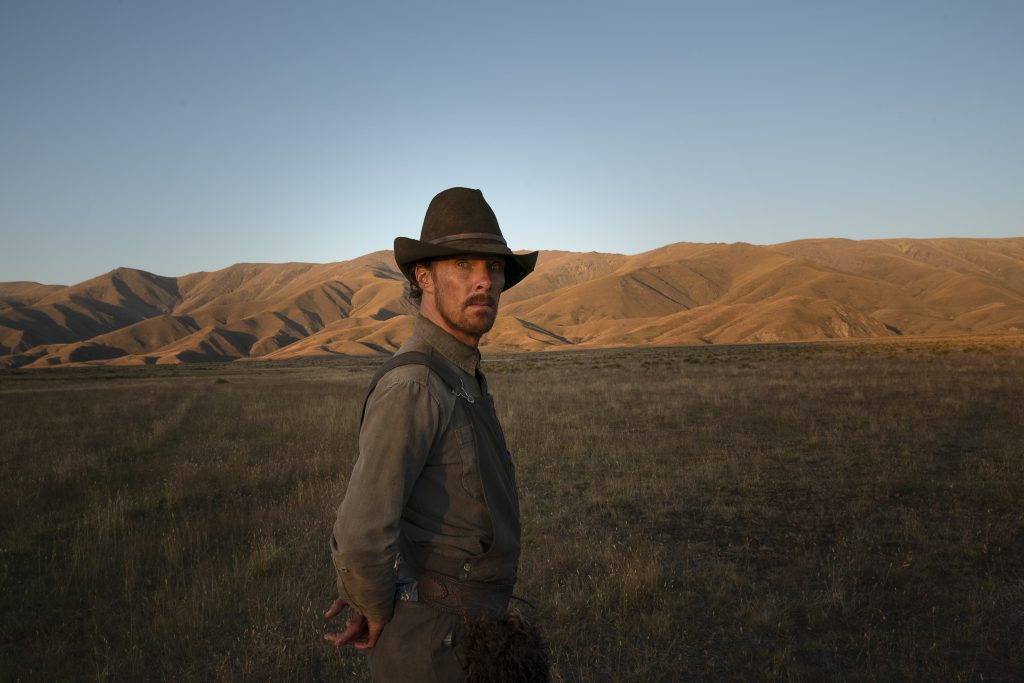 10. The Power of the Dog
Jane Campion’s The Power of the Dog is a big, bold, and beautiful Western that showcases a career best performance from Benedict Cumberbatch as the deeply complex Phil Burbank. The film explores masculinity at every level as layer after layer is peeled back and revealed. It’s hands down Netflix’s best film of 2021. 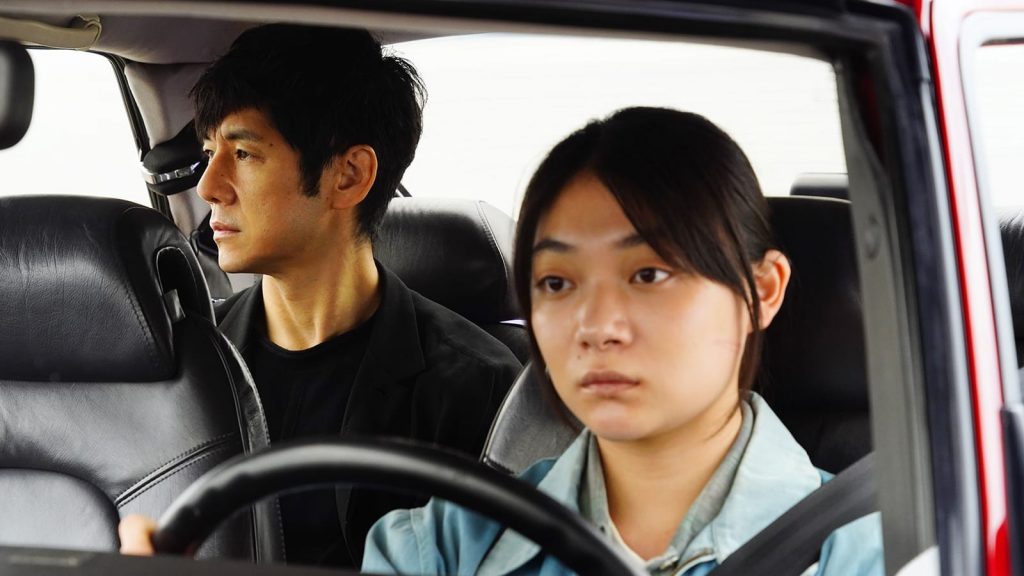 9. Drive My Car
Drive My Car is perhaps my biggest surprise of 2021. Co-written and directed by Ryusuke Hamaguchi, the Japanese drama chronicles the internal struggles associated with love and loss. It’s a three hour film that flies by in a flash, with big and boisterous strokes that quickly propels it into my Top 10. 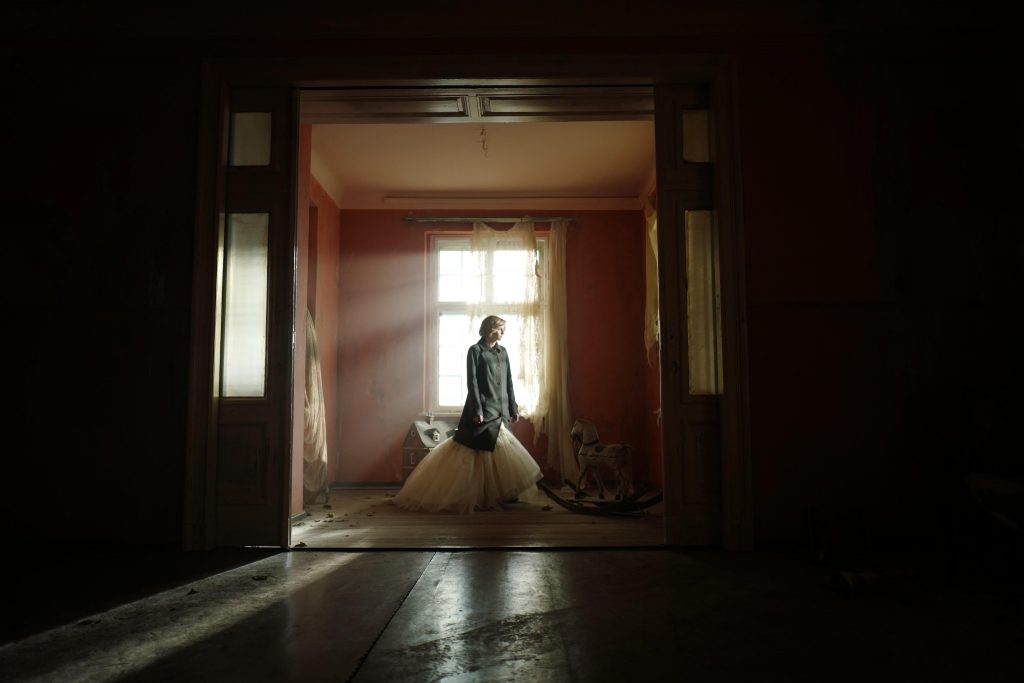 8. Spencer
Three days have never felt more anxiety inducing than in Pablo Larraín’s Spencer. To many people, Princess Diana was the perfect embodiment of everything; she was kind, generous, beautiful, and all around someone everyone else wanted to aspire to. But Spencer shows the darker side she struggled with and the control the Royal family held over her until she could take no more. Kristen Stewart is phenomenal in the role, delivering a tragic performance that beautifully captures the inner struggle that tormented her over that fateful Christmas holiday. 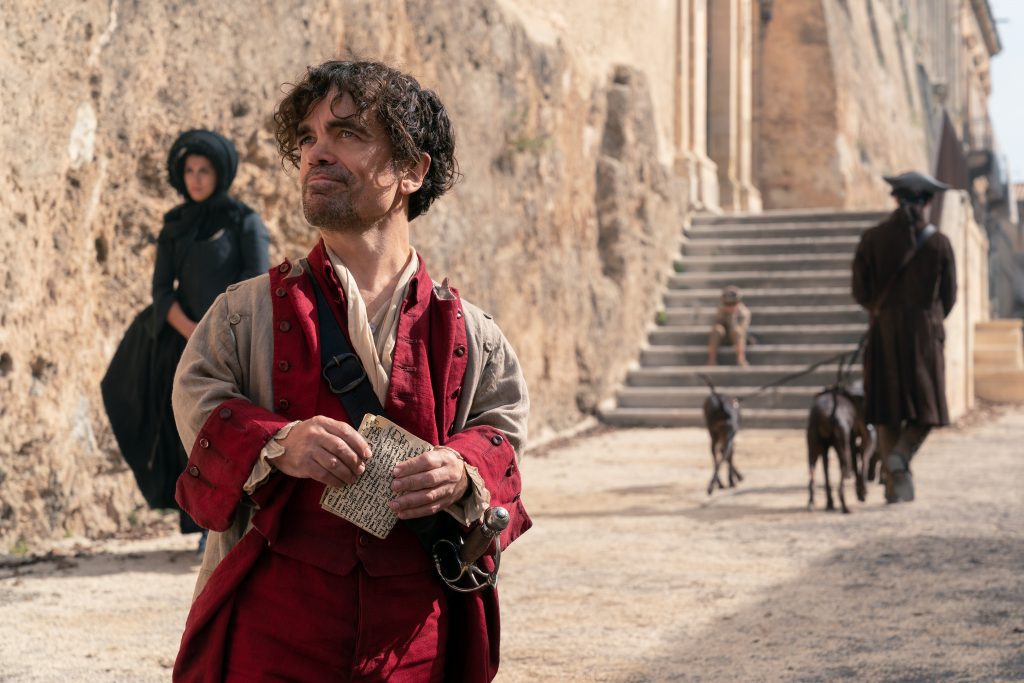 7. Cyrano
There have been plenty of adaptations of the stage play Cyrano de Bergerac over the years but none quite so beautifully done as Joe Wright’s Cyrano starring Peter Dinklage in the titular role. The film is based on the 2018 stage musical, bringing the joyous music to the big screen in glorious song and dance numbers, providing a happy distraction from the tragic love story at heart. Bring the tissues because Cryano will have you crying for one more encore. 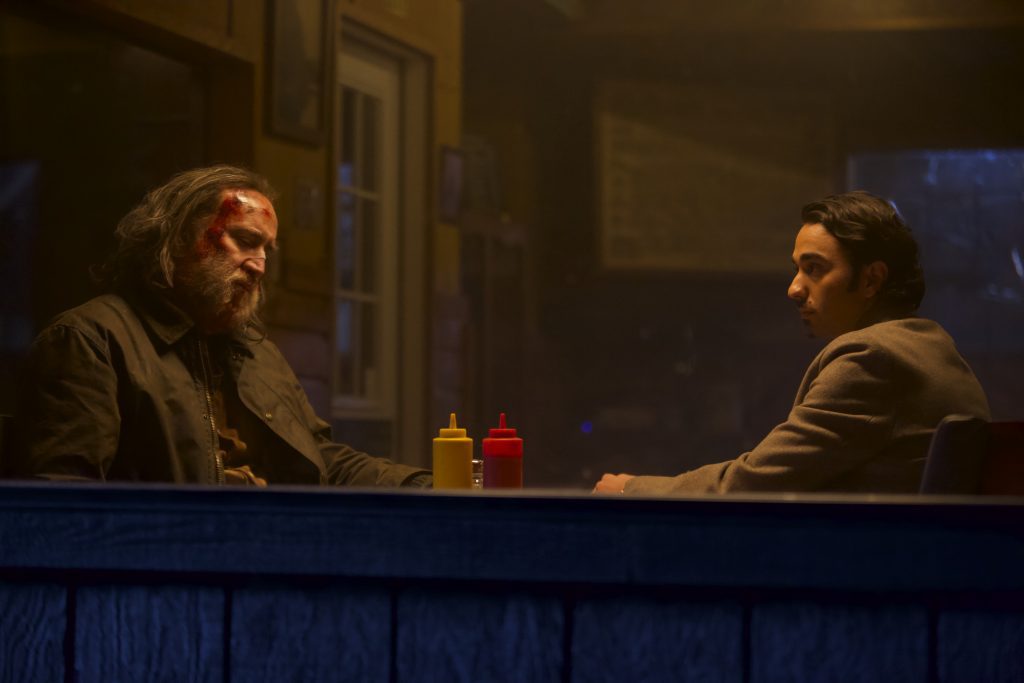 6. Pig
To be honest, you never know what kind of performance you’re going to get when watching a Nicolas Cage film. He’s in so many films of questionable quality these days that it can be difficult to separate the trash from the treasure. Pig is one such treasure. Like a truffle hidden in a forest, the film is a wondrous surprise to stumble upon. Cage is absolutely brilliant, delivering a remarkably delicious performance. It’s a five course meal at a 3-star restaurant. 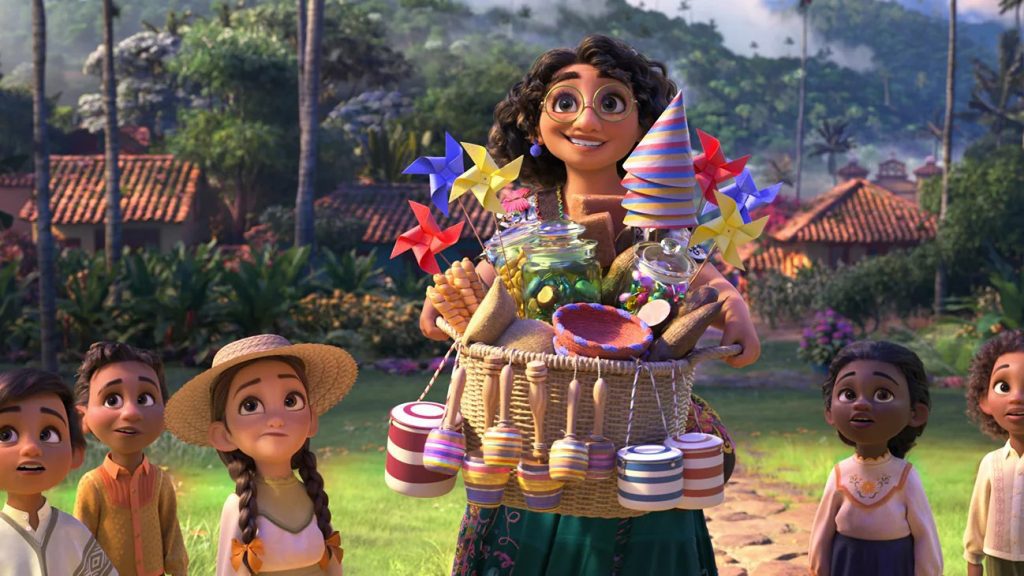 5. Encanto
Not only is Encanto my favorite animated film of the year, it has easily cemented itself as one of my favorite films in general. Family is at the center of the film, the Madrigal family to be exact, and they all possess “gifts” bestowed upon them by a magical candle. Encanto connected with me on a deeper level than perhaps any other film on this list. Every family members’ strive for perfection and not disappointing one another is something that hit me at my core. It’s an absolutely necessary film to watch, and one I think every family can get inspiration from.

4. Dune
Denis Villeneuve never disappoints and Dune is no exception. The sweeping sci-fi epic was one of the few films that felt necessary to view in theaters on the biggest screen possible. Even though the film only covers the first half of Frank Herbert’s classic novel, it does a fantastic job at crafting this beautiful and rich universe. It’s about as cinematic as films can get, and Dune: Part II cannot come soon enough.

3. Licorice Pizza
Paul Thomas Anderson is one of the greatest directors working today, and Licorice Pizza is a reminder of just how great a storyteller he is. The coming-of-age film wonderfully captures a slice of life growing up in the 70s and is one of PTAs most accessible films. Once more, it also features breakout performances by Alana Haim and Cooper Hoffman, two actors who I can’t wait to see more of in the future. 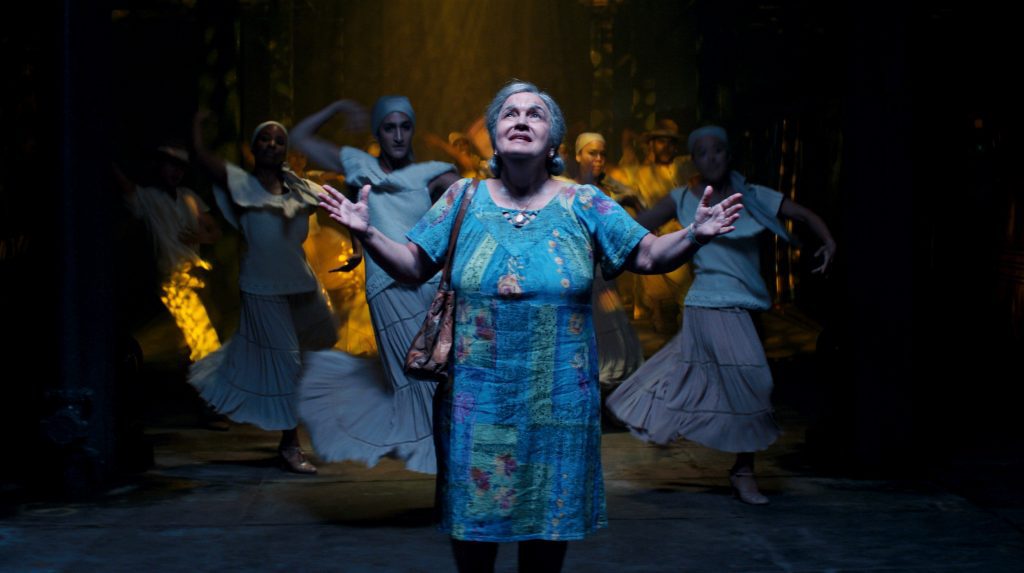 2. In the Heights
In a year that was filled with great musicals, In the Heights was the best of the bunch. From the opening moments to the closing credits, the film dazzled and delighted my entire being. The songs and choreography, especially “96,000,” are catchy and mesmerizing. The acting is heartwarming, led by Olga Merediz’s Oscar-worthy performance. And from a personal view, to be seen and represented on screen like this was magical. Everything about In the Heights was simply perfect. 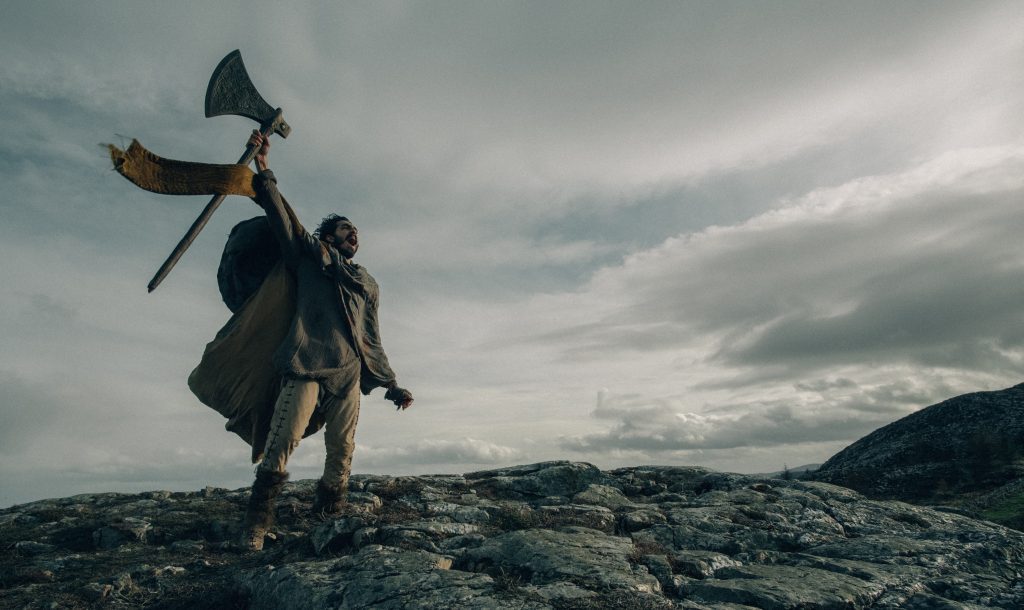 1. The Green KnightWhat does it mean to have honor, integrity, or courage? David Lowery’s The Green Knight has it all as it follows Sir Gawain as he embarks on a noble quest to confront the Green Knight. This medieval fantasy draws inspiration from the 14th century poem and brings its ideas and themes of what chivalry means to the forefront. Every frame of the film is filled with beauty as its story explores the complexities of life. It’s savage and unrelenting but also beautiful and tender. It’s a film I want to watch over and over again to see everything it has to offer. The Green Knight is my favorite film of 2021.