Home » Blogs » ‘The 355’ Review: A Generic Action Film that Fails to Live Up to its Cast 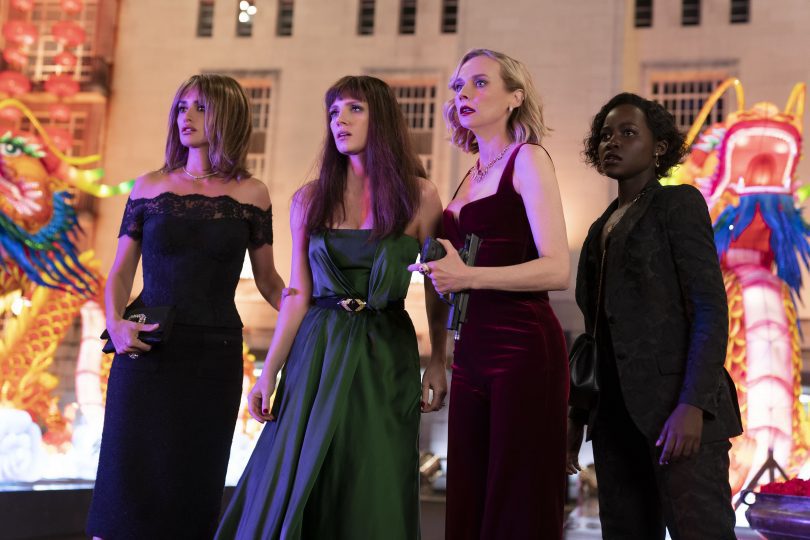 Putting together the likes of Jessica Chastain, Lupita Nyong’o, Penélope Cruz, Diane Kruger, and Fan Bingbing in an action movie sounds like an instant home run on paper but making it work on screen is quite the task, one that The 355 struggles with almost constantly. The film is filled with generic tropes, lackluster action, and an uninspired story that’ll leave audiences yawning not yearning for more.

CIA agent Mace Browne (Jessica Chastain) is tasked with retrieving a new super weapon that can access and take control of anything with a digital imprint, and in the wrong hands, could lead to World War III. When her operation is interrupted by German BND agent Marie Schmidt (Diane Kruger), Mace finds herself teaming up with her and other agents from the world’s best organizations including MI6, DNI, and MSS to retrieve the device before it’s sold to the highest bidder.

The 355 gets its name from a female spy during the American Revolution whose identity remains a mystery and yet was instrumental in the success of the Patriots. After Mace’s failure to retrieve the doomsday device early on in the film, she is taken off the case and must proceed on her own as a ghost, hence the name. The film’s main draw is its cast, but from the onset they never gel together quite right. Mace and Marie are always at arm’s length with each other. Colombian DNI agent Graciela (Penélope Cruz) is a skilled therapist and not someone used to being in the field so her character mostly sticks to the whole fish-out-of-water routine. Mace and former MI6 ally Khadijah (Lupita Nyong’o) go way back but the film doesn’t do that great a job at showing their relationship with anything other than a few throwaway lines.

The entire plot revolves around this carousel act of retrieving this device that threatens the world. The agents track down where the device is located, get into a fight trying to recover it, the device moves on to a new location, rinse and repeat. Technology is a crutch in the film and is used in the most outrageous ways to advance the story. The opening scene shows the bad guys using the device to instantly lock on and blow up an airplane that is flying high above their mansion with a few clicks of the keyboard. Khadijah is the team’s technology expert and is constantly using random tech speak to solve any given situation. It’s unbelievable how easy it is for them to gain access to things or switch up plans on the fly. There’s no tension or drama when the answer is always just a few swipes on the touchscreen away. No moment feels earned in The 355 and everyone feels like they’re just going through the motions.

The action scenes aren’t that great either. Most take inspiration from the Bourne’s films with quick and jarring cuts that hide more than they show. Fan Bingbing has some of the best moments of the film, but her character only shows up in the latter half of the film. There’s little in the way of teamwork as well. Most of the action scenes are everyone doing their own thing in the same general area. They all have the same goal, but there’s no cohesion between the characters. There’s no chemistry. Everyone is mostly concerned with their own agenda.

January has often been known as a dumping ground for bad films, and The 355 only continues to perpetuate that idea. It’s a dull and boring action film whose only draw is getting all these badass women in the same room together. Without a solid story to support them, it struggles to deliver anything worth remembering and is better left fading into obscurity.

January has often been known as a dumping ground for bad films, and The 355 only continues to perpetuate that idea. It’s a dull and boring action film whose only draw is getting all these badass women in the same room together. Without a solid story to support them, it struggles to deliver anything worth remembering and is better left fading into obscurity.