Home » Blogs » ‘The Suicide Squad’ Review: Diving into the Unknown with not a Moment Wasted 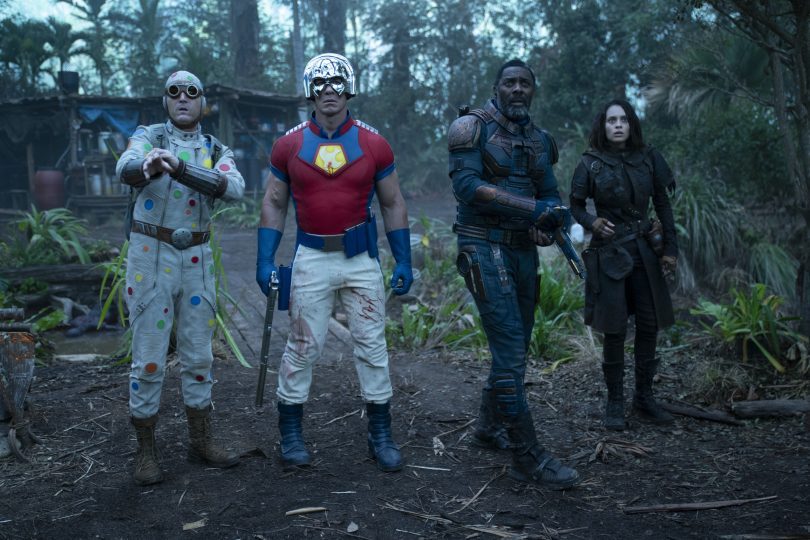 It’s not often that films get a redo. Despite being a box office success, 2016’s Suicide Squad was an absolute bomb in nearly every other aspect and is hands down one of the worst movies of the DCEU. And yet five years later here we are with The Suicide Squad, a quasi-sequel, quasi-reboot that breathes new life into the franchise as director James Gunn brings his Guardians of the Galaxy flare into the DC universe while at the same time delivering the most outrageous and gruesome bloodbath the superhero genre has seen. Not only is the film miles ahead of Suicide Squad, but it’s also one of the best films in the DCEU.

Belle Reve penitentiary is host to the worst of the worst metahumans, giving director Amanda Waller (Viola Davis) the pick of the litter when it comes to assembling her team for the Task Force X program where convicted criminals can get a reduction on their sentence if they survive their impossible mission. This time, there’s rumors of a secret experiment known only as “Project Starfish” going on on the island of Corto Maltese that has the potential to cause catastrophe not only to the United States but the rest of the world too. Waller assembles a new crew led once again by Rick Flagg (Joel Kinnaman) to infiltrate the island and destroy the facility where the experiments are being done.

The Suicide Squad wastes absolutely no time living up to its namesake as the opening scene introduces audiences to a few familiar faces along with a ton of new characters as they begin their mission on the beach of Corto Maltese. Flagg is joined once again by Harley Quinn (Margot Robbie) and Captain Boomerang (Jai Courtney) and a slew of other equally strange metahuman criminals. Don’t plan on getting attached to any of these characters though because many of them won’t survive the opening act. Right off the bat, James Gunn shows that no one is safe. The action is absolutely brutal. Faces get blown apart, bodies are riddled with bullets or burned to a crisp, and heads will explode thanks to the bomb implants courtesy of Amanda Waller. The Suicide Squad is the goriest superhero movie you will see and earns its R-rating and then some.

At the same time, the film is also one of the funniest movies you will see as it fully embraces the wackiness of the comics. Obscure characters like Polka-Dot Man (David Dastmalchian), who throws polka-dots at his enemies, and King Shark (Sylvester Stallone), a giant great white shark wearing shorts, are given the spotlight to shine. And shine they do because you’ll fall in love with each and every one of them. They all have their own little nuances to love, but their interactions together as a team leads to plenty of hilarious moments like the constant competition between Bloodsport (Idris Elba) and Peacemaker (John Cena) to see who is the best at delivering death. The DCEU has been a somber affair for the most part, and The Suicide Squad does a fantastic job at delivering entertainment that just plain fun.

While still immensely enjoyable, the superhero genre has found its rhythm and become quite predictable with its films and television shows. The Suicide Squad upends that predictability, delivering one of the entertaining films of the year. Just like he did with Guardians of the Galaxy for Marvel, James Gunn dives headfirst into the unknown and makes it work to his advantage with not a single moment wasted. Best of all it’ll make you completely forget about that mess from five years ago. The Suicide Squad is now the definitive film of the franchise.

While still immensely enjoyable, the superhero genre has found its rhythm and become quite predictable with its films and television shows. The Suicide Squad upends that predictability, delivering one of the entertaining films of the year. Just like he did with Guardians of the Galaxy for Marvel, James Gunn dives headfirst into the unknown and makes it work to his advantage with not a single moment wasted.