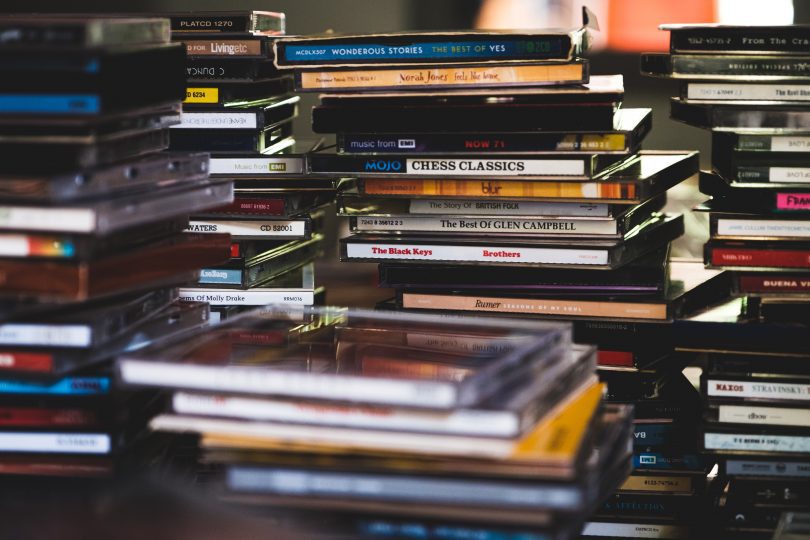 Continuing on my rant of things that annoy me I have decided to move on to CD’s next. I come across tons of CD’s at work and here are some of the things that really bother me.

1 – No Lyrics – You love a song, you swear the lyrics are speaking to you; but just to make sure you open the booklet to find the words that will bring new meaning to your life. Wait they aren’t there, in fact there is nothing there just one little picture that isn’t even the band and a thank you to God. So you will just have to keep singing what you think is there until a friend “politely” calls you an idiot and tells you the correct lyrics.

2 – Greatest Hits – Now there are two different forms of this. First let’s start with the pointless Greatest Hits; you know where the band only had one maybe two albums & one maybe two songs on the radio. Now feel free to correct me if I’m wrong; but Gin Blossoms, Better Than Ezra, and Ace of Base really did not need to release a best of album. The other best of albums that annoy me is the “how many can we release” ones. Now if you have been around a while & had tons of hits like The Beatles, The Rolling Stones, etc. I could see having more than one release. But there are not that many bands out there that can get away with yet they try and fans may get sucked into believing they need them all.

3 – Lyrics You Can’t Read – So once again you love the song and have to know the lyrics. You cautiously glance in the insert and see there are lyrics. But when you fully open it up you realize that they are hand scribbled, scrolling around, and basically notes all over the place; there is no way that you will ever be able to decipher. This is almost worse than the no lyric problem. Why? Because they are right there flaunting the fact you will never know.

4 – Thick Insert – So they included the lyrics (and photos, thanks, a note to fans, drawings fans did, stories behind the songs, more thanks, etc). You pull it out and read everything, even check out all the photos. When you go to put it back in the case it just wont’ fit. Well it will fit if you want to rip half of it and leave the rest hanging out of the case. You have to ask yourself did they build the case around the insert because there is no other way someone could have put it in there.

5 – Copy Protection – You are at work or your sitting at home checking email or sitting at your desk writing a paper and you need some inspiration so you pop on some headphones put your favorite CD into the computer; but nothing happens. Why? Well it is copy protected. I mean why would you think that just because you spent $20 on a CD that you should be able to listen to it where and when you would like. (Or if it does play then it sneaks in a program like XCP that opens your computer to hackers)

6 – Hidden Tracks – It does still happen every now and then that a band chooses to hide a song on your CD. Now it is a nice surprise and the song is usually really good. The only problem is that it isn’t a separate track; instead it is place ½ an hour after the last song on the same track. So now comes the debate, do you never listen to it again, fast forward every single time you put in the album, or sit through ½ and hour of silence. And don’t even get me started on when you decided to burn onto a mixed CD and forgot that the hidden track was there.

7 – Dual Discs – Now if you are anything like me you enjoy making your own CDs or putting certain songs on your iPod. But I have always had the issue of when I put a dual discs CD in to rip the tracks off of it so I can put them on my iPod it crashes my computer. Once again I guess I should know better than to think that once I bought a CD it was mine to do with as I wish.

8 – Multiple Releases – It is amazing at how much money bands & labels sometimes try to scam out of fans. And releasing different versions of the same album is one way they use. I have seen the same album be released with 4 different pictures and that was all that was changed. Or in the case of Good Charlotte’s last album they released 2 versions of the same CD. The difference was ONE song. Now if you are a fan how do you know which one is the song for you and why would you want two of all the other tracks? Seriously you can fit it all into 1 release and stop trying to abuse your fans.

9 – Name Not on the CD – Now this one is a little petty of me to complain about; but oh well. I have tons of CD’s and I’m not the most organized person so I have lost many cases and don’t have a single one in the right case. I have also had many CD’s for a very long time, so it gets confusing when the CD only has a picture of fire or something on it and not the band name (or any hint at who it is). I am constantly putting CD’s in and taking them out in the car because it was not the one I thought it was.

10 – That *&!**?%*& Sticker – Oh how I hate that security sticker. It took me awhile to get the hang of it and for a while I was able to pull it off, then they switched it up so that it peels into tons of little strips. I also found away around that by popping the front of the case off; but then some had to add more than one sticker. It is bad when it can take you longer to open your CD than listen to it.