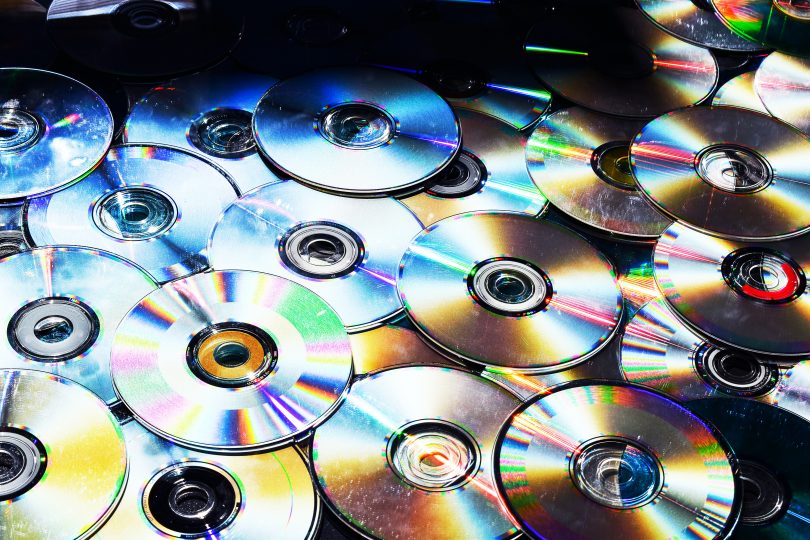 It is no secret that I get annoyed by certain things. Which I finally decided to get out instead of letting it build up. So here is my new feature that hopefully I will be able to continue as long as there are things out there to bother me. The first topic I am going to tackle is DVD releases. I get to see tons of them on a daily basis and it never fails to amaze me at the short cuts many take. So here is my list of pet peeves.

1 – Double sided “Flipper” DVDs – This one is certainly up there on the annoying scale. First you never know what side to put in, since many companies reverse the direction. Not only that; but many of us have multiple discs DVD players and like to load several in at once. Hey it might be lazy; but we all do it. With double sided you have to get up and switch it. But the biggest reason I can’t stand double sided is that you run the risk of ruining two discs if you accidentally drop it or have some other unfortunate mishap.

2 – Inconsistent Box Designs – You have the first 4 seasons of your favorite series and go to the store to pick up the new 5th season. Except you can’t find it on the shelf. You look and look and finally right when you are about to give up is when a title catches your eye. It is the series you were looking for but the packaging is completely different. Northern Exposure did it by removing the parka from season 3. Now I know that this one and some of the following may be looked at as being anal; but I know of many people that enjoy displaying their DVDs so this complaint is for those people.

3 – Thin Plastic Slip Cases – You know them and more than likely you have struggled with them too. There is anywhere between 3 to 6 or more crammed into a cardboard sleeve. In order to get the one out you want you have two options; 1. cram your fingers into the box and tug while distorting the cardboard or, 2. tilt it sideways making all the cases slide out until you can get your fingers around the one you want.

4 – Unique Packaging that Doesn’t Fit – Some DVDs take a risk to come up with an interesting design to make their DVD stand out. And while some of them are really cool to look at you have no where to put them. They are just to awkward/tall/bulky/flimsy/etc. to fit on any shelf. So often the only other choice you have is to stack them on top of your DVD player or they are left lying around. We all know of the recent Simpson’s box set (see here) and the numerous complaints it received.

5 – Over-lapping DVDs – You bring home the expensive TV box set you’ve been wanting and quickly open it up just to find that they are overlapping. You have to pull out disc 2 to get to disc 1, disc 4 to get disc 3. And what is even worse the plastic circle clips that hold the DVDs in give you problems because they stick making you fear that you will snap it in two. So eventually you just stick them back in wherever is easiest or leave them sitting out.

6 – Auto Play – You turn on the TV & DVD player, pop in the DVD, then go to start the pop-corn, grab drinks, take a quick bathroom stop, and start to get settled on the couch just to find out that your movie is 10 minutes into it. Why do they feel like you need help deciding when to start your film? Many of us put the movie in first to let the previews and stuff run so when you get ready you can just start the movie. But for some reason now studios think that the menu should only cycle once and then start the film to take away the extra energy it takes to hit play. Isn’t that nice of them.

7 – Non-gag Gag Reels – Gag reels at one time were a guaranteed laugh with people falling down, or running into doors, missing their cues, having jokes pulled on them, etc. There were always a few flubbed lines thrown in; but now that seems to be all they are. I’m sorry but 10 minutes of people not able to say their lines and then making faces is not funny to me. If that is all you have then don’t add it in the bonus features.

8 – Bare Bones Release – It was the blockbuster of the summer, you saw it 5 times in theaters, and have been holding your breath for it to come out on DVD. Then finally it is released and the only thing on it is the movie and maybe a trailer. Yet you paid the same amount they will charge for the special edition that will be released at a later date with all the features you could want on it. Now you are going to have to shell out twice as much money just for the special features.

9 – Non-special Special Editions – So you have the blockbusters that are bare bone releases and yet there are flops that have 4 or 5 “special editions”. What makes them special? Well usually it isn’t the bonus features because they have already been released. No, it is to include a free movie ticket, or to promote a sequel, or to promote a new movie by the same director. Not only is it a waste of money it takes up space at the local store so they are always out of stock of the movie you want.

10 – Pointless Multi-Discs – Many releases today you often have the choice of buying a 1 disc or 2 discs release. So who wouldn’t go for the 2 discs? But after watching the movie and then switching out to the 2nd disc to watch the special features you can not figure out why they couldn’t fit it all on to 1 disc, and truthfully there isn’t any reason other than 2 discs are more appealing than 1.

11 – Forced Commentary – I like deleted scenes and I feel that I am smart enough to figure out what is going on in them. But sometimes regardless of how smart you are the directors feel the need to baby you through the scenes. And just to make it worse you start to fast forward through the commentary and then catch a glimpse of the film so you hit play just to find out they are still talking and were using that clip as an example. Do us a favor and please make commentary optional.

12 – Hard to Navigate Menus – I really hate this one. Most menus you can hit the direction that you would think you need to hit based off of where the options are on the screens. But then there are those few that even though the option you want is down you have to hit right instead. The guess and check game has to be the most annoying especially having to do it in the dark.